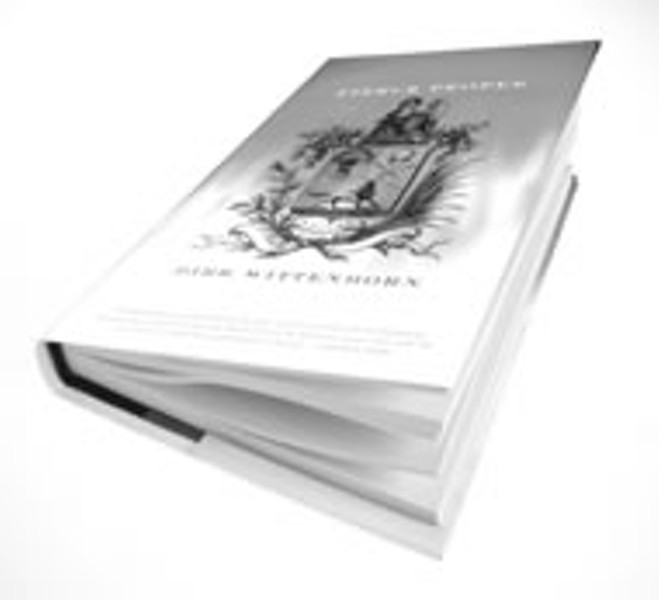 Sadly, or happily depending on how you look at it, Dirk Wittenborn's third novel, "Fierce People," (Bloomsbury USA, $24.95) falls into this category.

Finn Earl, the 15-year-old narrator of the book, guides the reader through a world where he finds himself the outsider, a world where opulence and limitless potential run like champagne. Finn's absent father is an anthropologist studying the Yanomamo, an South American tribe known for brutal social behavior. Finn's fascination with the Yanomamo, also known as the Fierce People, becomes an allegory for his newly found status within the better dressed, but equally brutal, tribe of the wealthy members of Vlyvale, N.J.

While this allegory is very clever and fitting, Wittenborn is never really able to develop it into its full potential. Finn's character is one that is motivated by unsurprising teenage desires and predictable clashes of authority with his mother. Still, the novel is compelling and interesting even though the payoff at the end isn't quite worth the build up. But then again "Friends" or "ER" never really does either. — Francis Decker

In "For the Sins of My Father" (Broadway Books, $24.95) Albert DeMeo tells the story of his dad, Roy, who ran the largest auto-theft ring in New York history and killed dozens of Mafia targets. He was a made man in the notorious Gambino family, raking in serious money through porn, loan sharking and theft. At the same time Roy was in many ways the ideal father. Unhampered by monetary worries and blessed with a flexible schedule, DeMeo treated his son to pleasures as diverse as collecting payments, building a pool, visiting Mafia big shots, and camping in upstate New York. When, while camping, a group of locals fired shots to scare DeMeo and his father, the two unload with thousands of rounds of high-caliber ammunition. Paternal love is a beautiful thing.

While hardly "Father Knows Best," the book shows how DeMeo and his father build a strong and enviable relationship. On the downside, little Al waits up until dawn every morning to be sure his father survives his work shifts. Sure, his dad is cool but he might get whacked by one of Al's many "uncles." Eventually, this is what happens. Roy is murdered and Al remains in the shadow of his murdered father whom he idolized. Not surprisingly, this leaves him tortured with a fear that even a successful career and a beautiful wife cannot relieve.

While DeMeo knows his readers want the inside scoop on the violence of the Mafia world, he also wants his well-deserved psychological catharsis. It's three parts "Goodfellas" to one part "Oprah." The book bridges the gap between a titillating Mafia expose and a personal journey memoir well enough to hold the creepy elements of both genres at bay. It's no "Godfather," but fans of "The Sopranos" will love this inside look into the real life of a made man.