This camp teaches young women how to rock with self-empowerment. 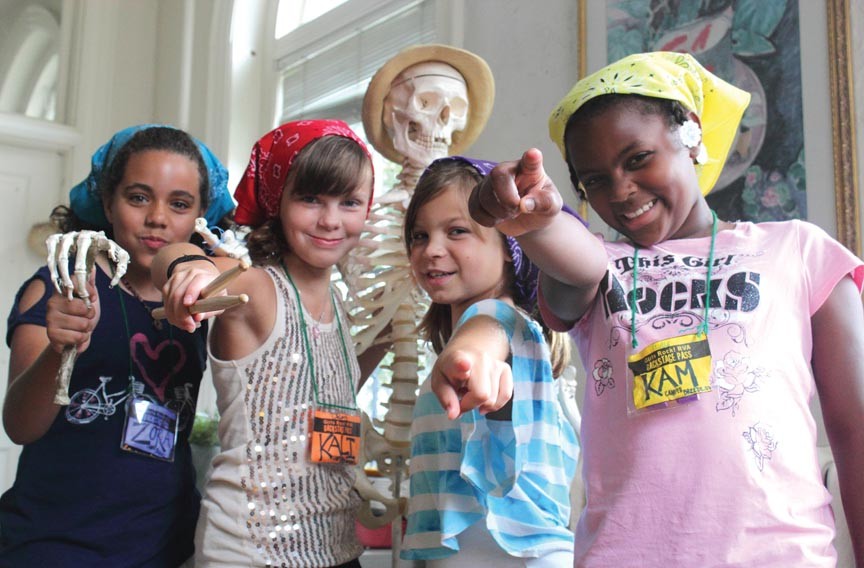 As an organizer of GirlsRock RVA's annual camp, Crystal Davis has seen what happens when girls are taught the basics of rocking out — encouraged to harness their creative energies and run with them full speed.

"It's a beautiful cacophony of sound and self-expression," Davis says.

Two and a half years ago, Flying Brick Library screened the film "Girls Rock" a documentary chronicling the journey of attendees at Rock and Roll Camp for Girls in Portland, Ore. Afterward, wheels began turning, and a group of mere acquaintances aligned to found GirlsRock RVA. In less than a year, the city's first rock camp for girls took shape and welcomed aspiring rockers to learn to play instruments, craft songs and perform onstage, some for the first time in their lives.

"Our main message is that of self-esteem and self-empowerment with music as the medium," organizer Morgan Krug says. Music education is provided by accomplished, classically trained volunteer instructors. And "to counteract harmful messages they see all day, every day," Krug says, there are workshops on yoga, body image and self-esteem: "We teach them there's more than one way to be a girl."

The experience seems to stick. Kyleigh Kyzer, 9, attended the second annual camp last summer at the Hippodrome in Jackson Ward and still has the Fruit Rollup Rollers poster on her bedroom door. "They got to name their band," her mom, Jennifer, says, laughing. "The camp was so nurturing, diverse and definitely sparked the whole stage performance thing with Kyleigh."

Since the camp, Kyzer has learned to play clarinet and starred in a production of "The Little Mermaid" at her school. Similar stories abound, and many parents are asking about this year's event — which will be held at an undetermined location. While organizers aren't sure if the camp will be as big as previous years, Krug promises it will happen. "It depends on what kind of space we can get and our funds, but there will absolutely be a camp," she says.

Run entirely on donations, the camp is one of two worldwide that is free to all. The group takes pride in that and plans to continue. And based on feedback, organizers are trying to accommodate breakfast and lunch for campers, as well as snacks throughout the day. Because many of the organizers have moved or face time constraints, the biggest need for ensuring the event continues is people power.

"It definitely won't be easy, but we really feel that this is what Richmond and everywhere needs," Krug says. "We'd be doing the community a disservice if we weren't a part of this."