Former councilman Sa’ad El-Amin is outta here, saying he’ll never to return to a city whose racial healing is on a “backwards path.” 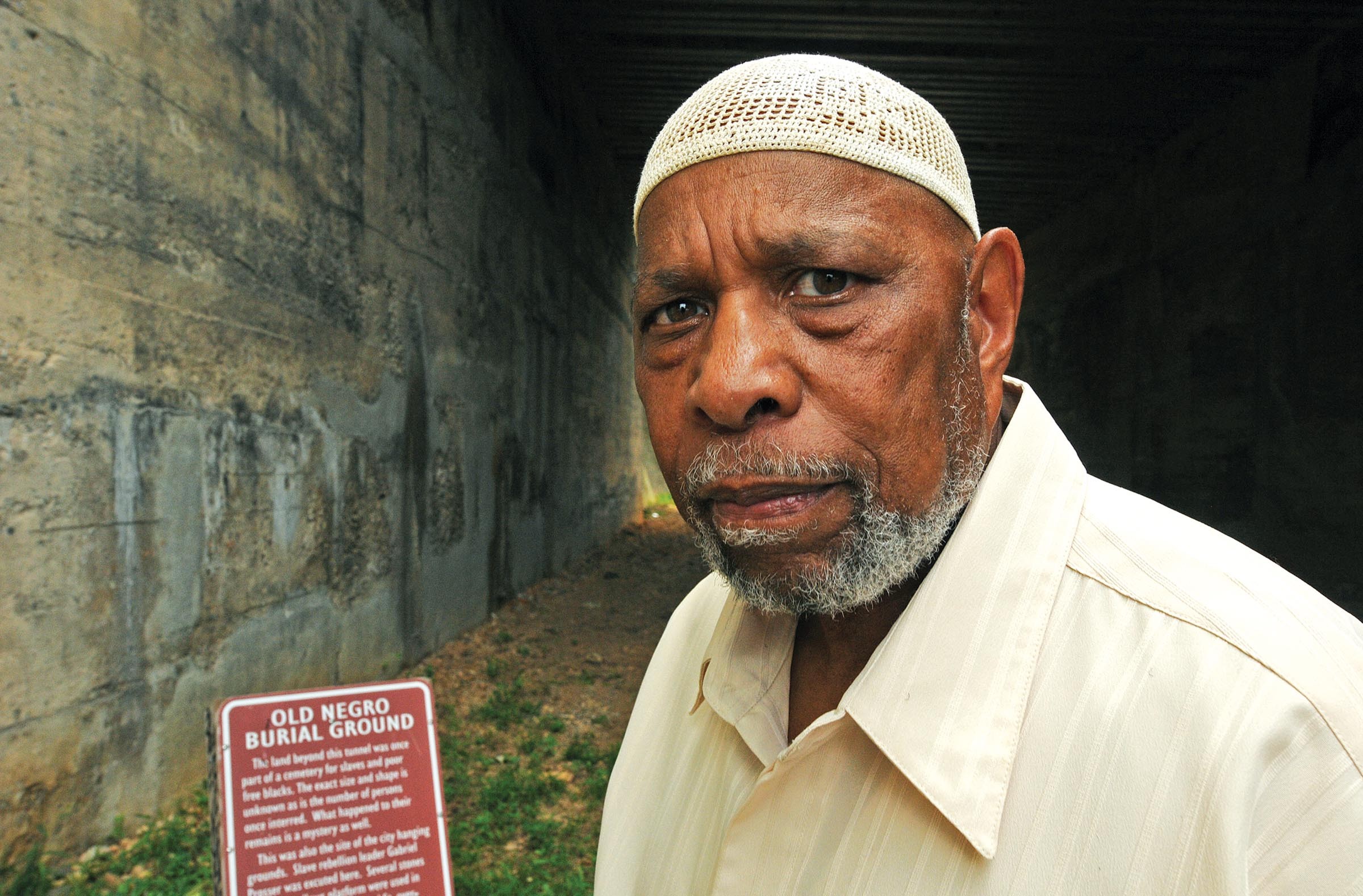 Given that a prominent city leader once called him a "racial pimp" and a local columnist compared his political strategy with that of the Ku Klux Klan, former city councilman Sa'ad El-Amin doesn't expect his latest move to paralyze the city with grief:

"There are going to be a lot of people who say, 'Hallelujah,' and 'Praise the Lord, El-Amin is finally gone,'" he says. "You see my friend, I'm either loved or hated in Richmond — there are very few people who are neutral about me. … I am not boasting; these are just facts."

For 40 years, El-Amin has been a polarizing, sometimes effective, sometimes destructive advocate for black Richmonders. He has moved, he says, to Houston to pursue a position with a law firm there that wants to expand its federal practice.

But El-Amin says his reason for leaving has less to do with Texas and more to do with Richmond. At 73, he's decided the city is unsalvageable.

"I felt that there was nothing that was going to change that trajectory of neglect and hostility to the history of Richmond — especially dealing with people of African descent," he says. "It's backwards and it's going to continue going backwards."

A Yale-educated lawyer, El-Amin moved to Richmond in 1969. Two years later he was making headlines after he gave a speech during black history month at George Wythe High School in which he described white residents as "honkies and devils."

Undeterred, El-Amin continued to make news. One database shows his name appearing in more than 1,400 articles and letters to the editor in The Richmond Times-Dispatch and Richmond News Leader since 1985. His criticism of white City Council members for not attending anti-crime rallies in the black community in 1988 prompted harsh criticism from then-councilman and future mayor Roy West, an African-American who accused El-Amin of being a "racial pimp" by "exploiting every tragedy in the black community for his own publicity game," according to a News-Leader article.

El-Amin was elected to Richmond City Council in 1998. He promised to tone down his in-your-face rhetoric. Evidently, he failed.

"Yes, at times our new city councilman, Sa'ad El-Amin sounds like a racist," began a 1999 column by former T-D columnist Mark Holmberg. He compared El-Amin's political strategy to the Ku Klux Klan's, "rallying the troops against a demonized foe and then urging action and unity for the safety and purity of the home team."

El-Amin resigned his seat on council in 2003 after he was convicted of tax fraud. After a three-year stint in federal prison, he returned to city politics, memorably telling Virginia Commonwealth University to get its "asphalt off our ancestors." (Asphalt, naturally, was pronounced "ASS-phalt.") A slave burial ground had been discovered under a Shockoe Bottom parking lot. The effort he spearheaded to remove the parking lot ultimately was successful.

But El-Amin says a lack of support from black elected officials in the city has worn on him. He uses the burial ground as an example: It's no longer a parking lot, he says, but no one's bothered to develop the site into something that reflects the history below. "People go down there and play Frisbee — whatever," he says. "At least we can say no cars are parked on it, but it's just a vacant lot with nice grass on it that is sometimes mowed and sometimes not."

Black leaders in Richmond historically have been and remain unwilling to speak out, El-Amin says: "They're all scared, because they think that if they show their heads, they're going to get hammered down. I'm not saying I'm the Lone Ranger or Superman. I have worked well with other people, but our ranks are very slim compared to those who sit on the sideline."

The state director of the National Association for the Advancement of Colored People, King Salim Khalfani, says El-Amin's departure is a loss that leaves Richmond with one fewer voice willing to speak out to those in power. "He's one of the most important figures in the struggle to humanize Robert E. Lee's city," Khalfani says.

Likewise, former city councilman Marty Jewell calls El-Amin a thought leader among local black activists. "There are a lot of people who are afraid of standing up and speaking out on behalf of people of our race," Jewell says. "No one could say that of El-Amin."

Even those who have found themselves on the receiving end of El-Amin's criticism say they can't help but respect the impact he's had on the city during the past 40 years. "His existence as a historical figure is undeniable," says David Hicks, the senior policy adviser for Mayor Dwight Jones. "Love him, hate him — I don't think anybody can credibly question the power of the intellect of the man."

Hicks does, however, question whether this is the last Richmond will see of El-Amin. "I think there's a bookie out there who would take odds on whether this really Sa'ad's final farewell to Richmond," Hicks says. "But time will tell with that." S