"Steel Magnolias" puts on a brave face at Sycamore Rouge. 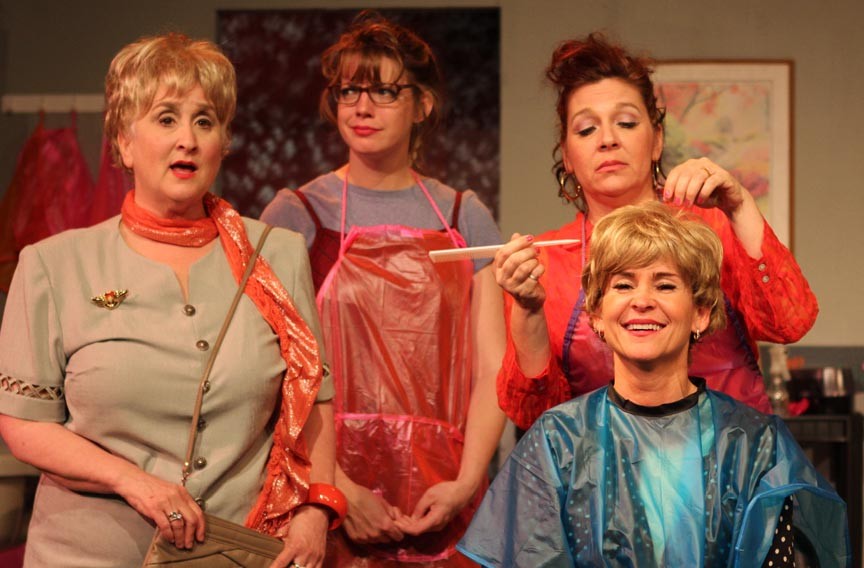 Part of the magic of attending a production at Sycamore Rouge is the theater's distance from Richmond. Something about going south on Interstate 95 and driving through the timeworn streets of Petersburg has a transformational affect akin to entering a strange new country.

Sadly, unless the theater comes up with $300,000 for its mortgage and other costs before July, Sycamore Rouge's current production may be the last spell cast at its space on West Old Street. It's under these circumstances that the company is staging "Steel Magnolias," a show about putting on a brave face in spite of hardship.

Set in northwest Louisiana in 1982, Robert Harling's play revolves around the friendships of six women at a beauty salon. While the women each have their own minor squabbles and stories, the main thread of the play concerns Shelby, a diabetic woman who decides to have a baby.

Carolyn Rose Hayes gives a natural performance as sympathetic beauty salon owner Truvy, who is always willing to give people a chance. Claire Biggers successfully portrays Shelby with the right amount of rebellion and poise, like a toned-down Scarlett O'Hara. Jacqueline Jones brings a bit of fun to the proceedings as the football-loving widow Clairee.

Sarah Roquemore brings plausibility to the transformation of her character Annelle from wallflower to wild child to born-again Christian, and Amy Berlin produces her fair share of laughs as the curmudgeonly Ouiser. Crystal Oakley's M'Lynn quietly puts up with daughter Shelby's decision until she erupts in anger near the play's end.

Despite some solid performances by this cast, the show's timing under Shanea N. Taylor's direction is off, most notably in the play's final minutes. But many things are just right — Philip Milone's set is perfectly plausible as the Southern beauty salon it is intended to portray. Kay Renee's costumes are appropriate for the 1980s, as is Stacie Rearden Hall's hair and makeup design.

Overall, Sycamore Rouge's "Steel Magnolias" is a fine production, but perhaps the more dramatic show will be watching how the company faces a possible final curtain. S