Movie Review: “Blue Caprice” tries to get the 2002 Beltway snipers in its sights. 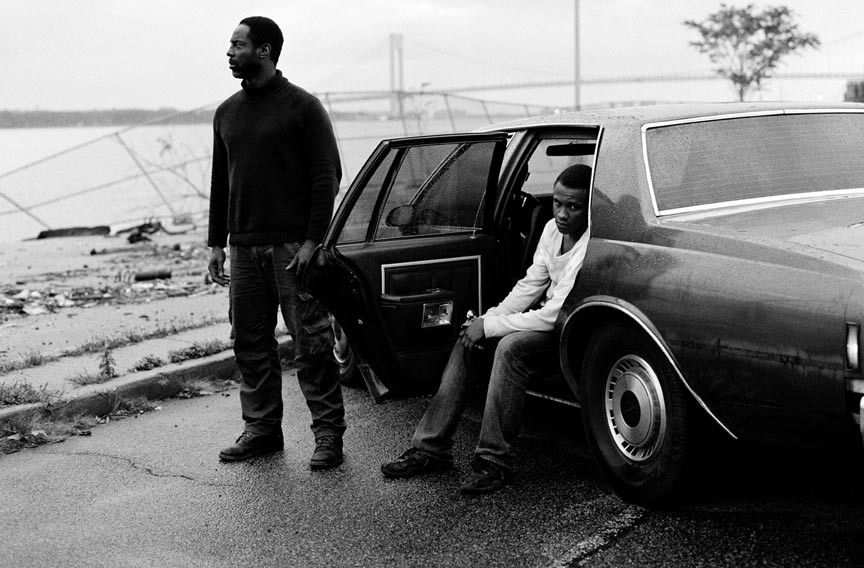 For three weeks in October 2002, parts of Maryland, Washington and Northern Virginia were terrorized by sniper attacks perpetrated by John Allen Muhammad and his 17-year-old accomplice, Lee Boyd Malvo, who drove around killing people at random with a high-powered rifle. The frightening episode even was felt in the Richmond area, where one man was shot.

“Blue Caprice” is the latest attempt to dramatize the criminals and their crimes. It focuses tightly on the killers and their unfolding relationship, from their initial acquaintance to their shooting rampage. It’s a low-key, docudrama style that follows the two from the first frame to the last. It does a great job of giving us the snipers’ point of view, and yet, curiously, never establishes much suspense or tension.

We meet Muhammad (Isaiah Washington) in Jamaica, where he picks up Malvo (Tequan Richmond) just as the boy’s mother has abandoned him. Muhammad is visiting with his children, but he isn’t supposed to be. His wife has a restraining order against him, which he spends most of the rest of the film ranting about as he returns to the states, Malvo in tow, to hang out with a former Army buddy (Tim Blake Nelson) with a fondness for nice guns.

Most of the film takes place among these three, prior to the shooting spree, as the idea of killing people and creating chaos forms in the tortured logic of Muhammad’s thoughts. During this time a few themes repeat: Muhammad’s growing resentment of society in general, Malvo’s yearning for attention of any kind from any kind of person, and the idea that a large, diverse society fosters a general indifference to life, represented in fleeting glimpses of news reports about the ongoing wars in Iraq and Afghanistan.

Otherwise the film barely touches on the wider scope of the Beltway shootings that developed out of the Muhammad-Malvo relationship, though doing so might have helped give the film more of a dramatic kick. There was a bizarre evil logic in Muhammad’s eventual plan. He wanted to cause panic and confusion, and he and Malvo were effective. They baffled authorities, who spent much of their time searching for a white van. The two also provided much fodder for the burgeoning 24-hour news cycle and incipient blogosphere, which endlessly debated what kind of person could perpetrate such heinous crimes. In the end it was shocking to realize that a random man and an unrelated boy managed to kill and wound more than a dozen people in as many separate incidents.

But “Blue Caprice” completely avoids these big-picture considerations. It also glosses over the crimes themselves, presenting them, in montage, almost as a coda. We don’t get a good sense of the time frame of the killing spree, how it was planned or the way the events played out. What was their strategy? How did they elude capture for so long? Writer Ronnie Porto and director Alexandre Moors don’t seem interested in the bigger picture. That’s their right as filmmakers, but then the burden increases to make their subjects that much more compelling, and, in this version at least, they remain frustratingly opaque.

It’s easy to see that both men are lost and a little bitter about life, that Muhammad lost custody likely because he’s unstable, and he easily twists the mind of the younger, impressionable Malvo. But what separated these two from countless others, the thousands of estranged fathers and lost boys from every state? These two alone bought a bland, late-model car, cut a hole in the trunk and went on a rampage. The question isn’t even as much why, as why them? It’s a question the film struggles to answer, despite 90 minutes retracing their steps.

Certainly there are as many mysteries as plausible theories when people act out in an almost theatrical violence, like the incident that unfolded at the Washington Navy Yard on Sept. 16, while I watched this movie. And there are numerous ways a filmmaker could approach such a subject as rich with drama and sorrow. “Blue Caprice” didn’t have to go the large-scale, pulse-pounding route of, say, David Fincher’s “Zodiac.” But the bottom line is that it’s too loosely paced, one-dimensional, and, perhaps most important for such as small-scale drama, easy with the facts. “Blue Caprice” has the potential to overflow with conflict, suspense and drama, but it never sustains even one of them very long. (R) 94 min.