VCU to face a team billed as this year’s VCU. 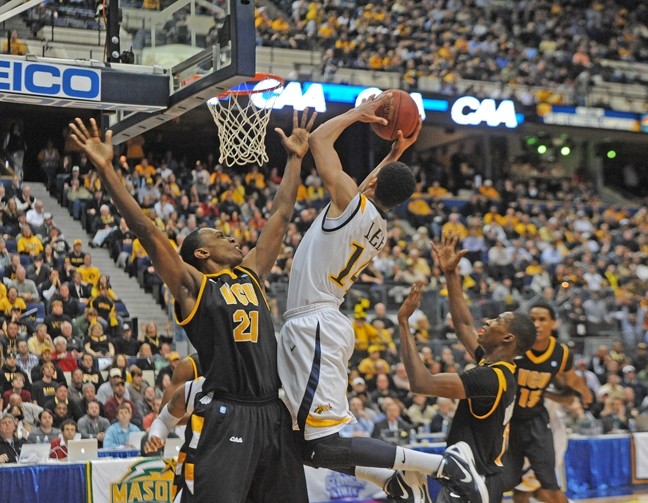 Virginia Commonwealth University may face themselves in the NCAA tournament on Thursday.

The Rams have become the new Cinderella acronym: Who will be this year’s VCU? A 12 seed in the South Region, the Rams will play Wichita State, a 5 seed, on Thursday. Minutes after the brackets were announced Sunday night, some experts were already predicting the Wichita State Shockers would knock off Indiana to get into the Sweet Sixteen.

VCU, having won the Colonial Athletic Association championship a week ago, won’t likely surprise anyone this year after advancing all the way to the Final Four in 2011. The team is younger -- only one returning senior, Bradford Burgess -- and more athletic than last year’s squad. The Rams are one of the best defensive teams in the country, and could provoke an upset or two. Or not.