Rage Against the Machine

TheatreVCU’s “Machinal” challenges societal expectations of women and the sensationalism of tabloid media. 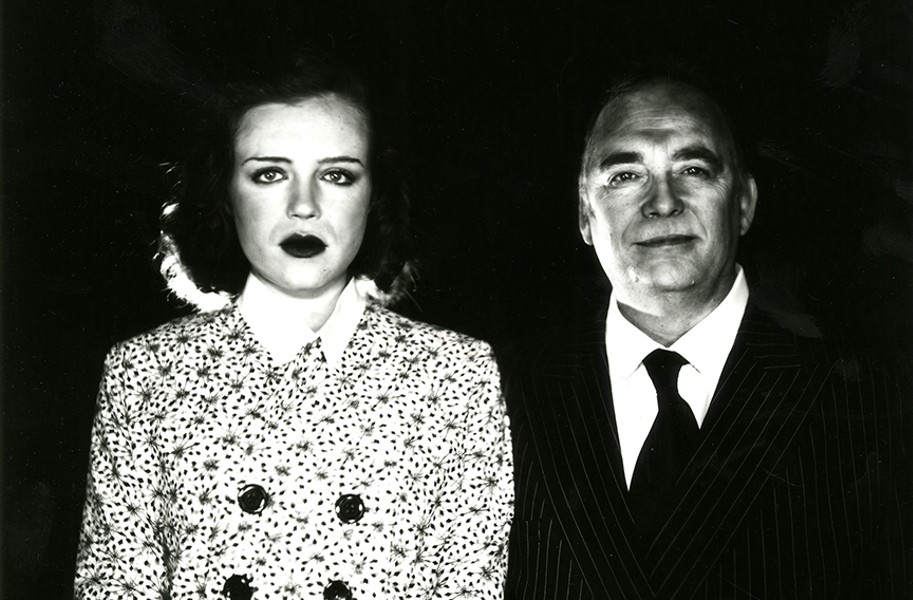 Kate Fowler, Studio Two Three Olivia Gorra as The Young Woman and Scott Jones as George H. Jones in the 1928 expressionist play, “Machinal,” which runs through Feb. 23 at the Singleton Center.

Capturing the moment between life and death, the photo is blurred, as though you can see the woman struggling to get out of the electric chair as the voltage begins to surge through her body.

In one of the most famous tabloid images of all time, photographer Tom Howard used a miniature plate camera strapped to his ankle to surreptitiously capture the execution of Ruth Snyder as she was being put to death. The chilling photo ran on the front page of the next New York Daily News under the headline “DEAD!”

Journalist Sophie Treadwell attended every day of the 1927 trial, but she wouldn’t report on Snyder’s conviction and execution for killing her husband. Instead, she used the experience as inspiration for “Machinal,” an expressionist play that premiered in 1928 with Clark Gable in his Broadway debut.

Telling the story of a lowly stenographer who is driven to kill her husband, “Machinal” challenges societal expectations of women and the sensationalism of the tabloid media.

“It’s a commentary on the place of women … their desire for freedom to do what they want and travel, or learn something new and not have to worry about supporting their family or having to get married,” says Jesse Njus, co-director of the production. “It’s incredibly exciting. It’s action-packed drama by a female playwright talking about issues that still matter to society today.”

Njus says “Machinal” is one of a series of plays by female journalists in the 1920s and ’30s that sought to capture the way women were treated in society and the media, such as Susan Glaspell’s “Trifles” and Maurine Dallas Watkins’ play “Chicago,” which would inspire the 1975 musical of the same name.

Olivia Gorra, who stars as The Young Woman in Virginia Commonwealth University’s production, fell in love with the show after seeing a performance in Staunton.

“It captures so much truth in such a strange way,” says the 19-year-old freshman. “The play is the story of a woman [who] represents all women at that time and throughout history: the women’s lot of having to submit to all these different forces throughout their lives. In the end, when she refuses to submit, that’s it for her.”

A hit with critics when it premiered in 1928 — The New York Times said it was “fraught with a beauty unfamiliar to the stage” — the play is considered a high point for American expressionist theater. Instead of a traditional set, the play is often staged with scene changes depicted primarily with lighting. With the show’s bitten off dialogue and a script that specifies clacking typewriters, ringing phones and dinging bells in its sound design, Treadwell aimed to compare modern society to a machine.

“It isn’t like any script that I’ve ever approached before. [The dialogue is] very short, and just a thought, rather than a full sentence,” Gorra says. “It pulls you in as an audience member, and when something is off of that mechanical beat it really captures your attention.”

Co-director Keith Byron Kirk notes that the show premiered less than a decade after women got the right to vote in America.

Pushing against conformity was something that Treadwell was known for. A feminist who lived apart from her husband and kept her own name, Treadwell’s life could well serve as fodder for dramatization. She marched with suffragettes and advocated for birth control and increased sexual freedom for women. She performed as a vaudeville singer, studied with legendary Polish actress Helena Modjeska and wrote dozens of plays. As a journalist, she was the only female foreign correspondent accredited by the State Department to cover World War I, reported on the end of the Mexican Revolution and scored an exclusive interview with Pancho Villa.

Like the woman who crafted this expressionist masterpiece, Gorra says “Machinal” is play that makes its arguments on its own terms.

“Expect a show like you have never seen before. I know that’s a cliche, but it’s very much one-of-a-kind.”