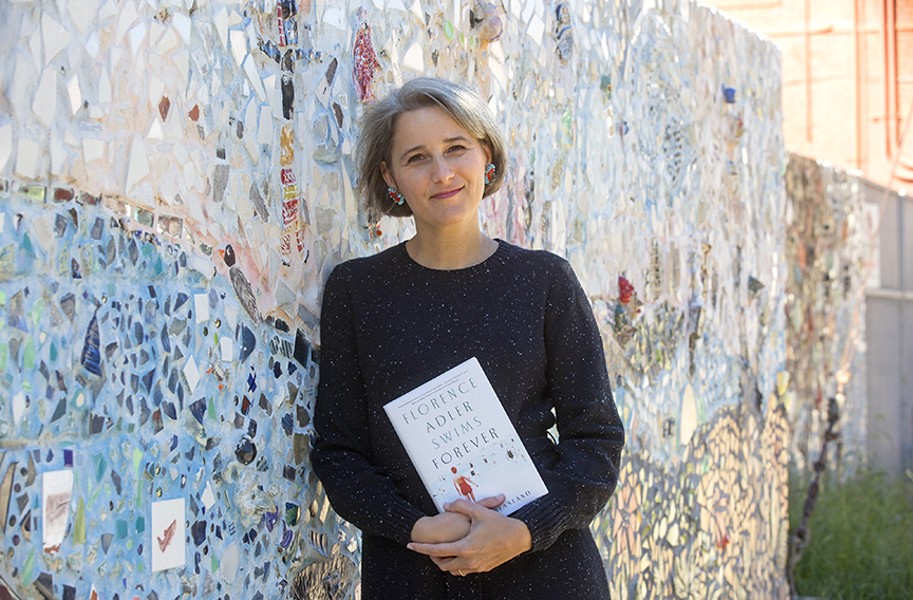 During her four-year tenure as deputy director of the Visual Arts Center, Beanland grew the community arts center’s educational programs and events while increasing revenue. At the same time, she was getting up every morning at 4:30 a.m., before her three kids were awake, to work on her first book, based on a true story from her Jewish family that happened 90 years ago. At night, she earned her master’s degree in creative writing at Virginia Commonwealth University. The hard work paid off.

Her novel, “Florence Adler Swims Forever,” was published by Simon & Schuster in July and selected as a New York Times editors’ choice, a Barnes and Noble book club July 2020 selection, an Amazon featured debut and one of USA Today’s best books of 2020, making her a rising literary figure to watch.

“I don’t think I could’ve written the novel I wrote had I not been working around people pursuing their own creative destiny at VisArts,” she says. The Jewish Book Council has been wonderful in promoting her work, she adds, while giving kudos to Richmond’s supportive writing scene. “I don’t want for much in this community on a day-to-day basis,” she says. “I think the capital of creativity is who we are and should be our new slogan.”

Beanland is now a full-time novelist working on her second book, which she can’t talk about yet. She’s also teaching creative writing at VisArts on the side – oh, and also how to land a book deal.