The first discussion in a series of articles exploring the leaders and ideas within the Richmond protests for racial justice. 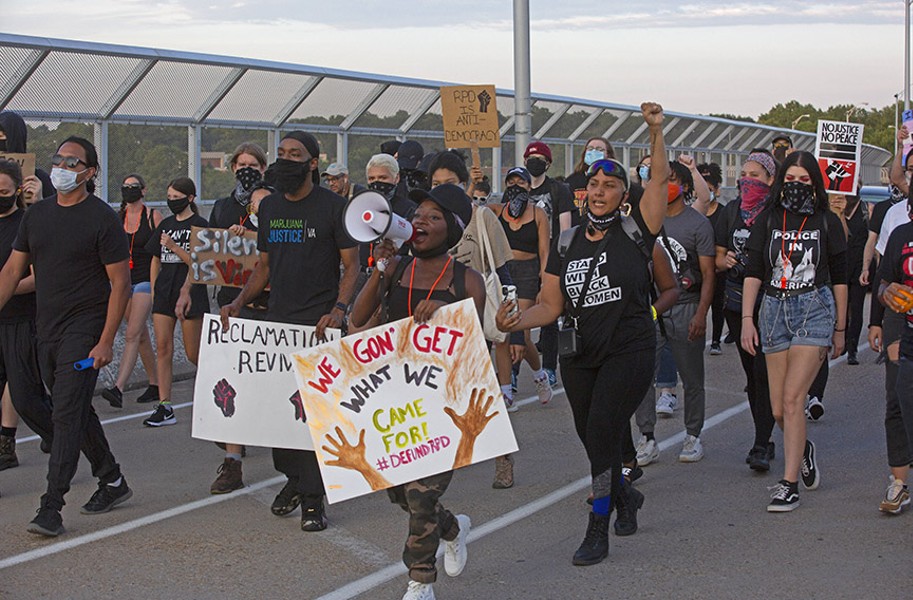 Scott Elmquist Activists Charles Bolling II, Naomi Isaac and Chelsea Higgs Wise lead protesters during a Reclamation Rally organized by the Black Freedom Caucus on Sunday, July 12. After marching to City Hall, they read a list of demands that included: defunding the police, re-opening the Marcus-David Peters case, dropping charges against all protesters, removing all monuments to white supremacy and establishing a Marcus alert system as well as an independent review board.

Since the killing of George Floyd in Minneapolis and the protests that continue to reshape our country, Richmond has emerged as an epicenter thanks to our troubling racial history. Multiple local organizations have become powerful voices in the struggle for Black equality and against police brutality.

For the first in a series of discussions, moderator David Dominque met with five activists associated with “Race Capitol” podcast, a consortium of local grassroots leadership for the past several years. We wanted to give them a space so that readers can better understand the activists’ ideas and what is fueling the local protests.

Style Weekly: It feels like our nation is in the midst of an overdue reckoning. What stands out about the past month-and-a-half?

Taylor Maloney: It was the second night when we decided as a crowd, “You know what? These statues have to go.” I saw that a structure that seems ever-so-permanent can be whittled away. That continues to make me hopeful. 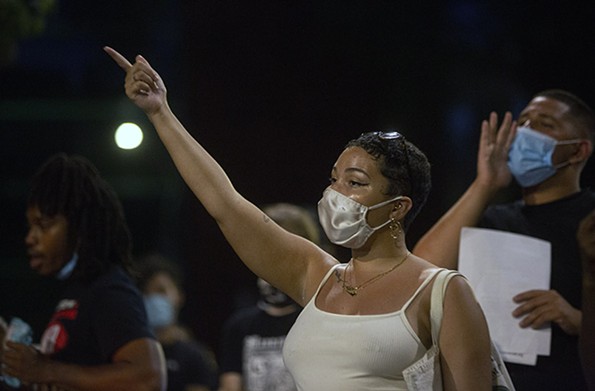 Naomi Isaac: People are questioning the legitimacy of these institutions. We’re questioning an institution like the Richmond Police Department that says it’s here to protect us, but is willing to spray children with chemical weapons.

What do you think of the portrayal of Richmond protests in national press?

Bolling: This is how everywhere else in the country is seeing us.

Isaac: To speak to the terrorist narrative, who is the real terrorist when we have grown men defending generals who lost a war against the Union? Is that not terrorism?

Can you speak to the historical connection between slave patrols and modern police?

Harris: The police’s original function was to police enslaved Black people. Before they were policing enslaved Black people, the police were armed, white militias that took native land. Armed militias and slave patrols were deputized to stop our rebellions and to return us to the master as property.

Kalia: It’s not just reading a wonderful Style Weekly article and feeling enlightened afterward. Come out to the streets. You can roll up in a car. You can come out on foot. You can engage with these ideas in a more meaningful way than consuming what we’re doing. It’s not over when you finish reading the article. I talked to my Grandma about all of this. She said: “This is the same fight we fought in the streets of Richmond, fighting the police.” So, if you see us, we’re looking cool out in the streets with our signs? It’s not about that. It’s about us trying to get free. If you see people doing the work? Pay them. It’s just that simple. Give directly to the people doing the work and get rid of the barriers.

Let’s address some of what we hear from skeptics of defunding and abolishing the police. After abolition, how do we deal with violent crime, for example?

Bolling: The police come after crime has already been committed. They don’t actually stop it.

Isaac: Black folks are not turning to the police for violent crimes. We have to depend on our families. When people ask those questions, they’re prioritizing their white privilege. What do they want to be able to call the cops for? To defend their property, to report sketchy Black and brown people that they see and find threatening in their neighborhood. 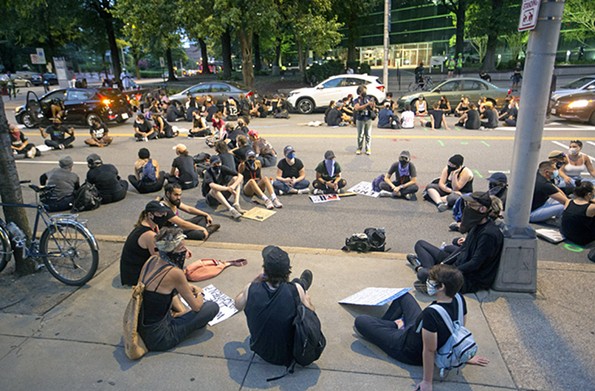 Isaac: We have to get to the root of poverty. As abolitionists, we’re concerned with why people are breaking into people’s houses. That’s the lens white people need to adjust to.

Harris: We get these questions all the time. Even some older Black folks ask me. It’s important for us to talk about the foundations of violence. Why are people invading homes? Why are people murdering? We want to challenge people to think through alternative solutions. It’s not “what are the activist’s solutions?” Instead: “What could it look like to not call the cops? Do we need crisis teams? Do we need restorative justice practices? Do we change the ways we respond to violence and condition violence?” Those are the things people need to think through. Each community has violence in different ways.

Can you speak a little more about the way that Black people doing this work are called upon to prove the validity of what they are saying about race in America?

Wise: It took a global uprising, after a Black man was [killed] on camera for 8 minutes, for the capital of the Confederacy to listen to Black organizers. Our demands are the same things that they were two years ago. But here we are now, having to use our bodies, having people arrested, when white people, people from all across Richmond, could have listened to us two years ago. 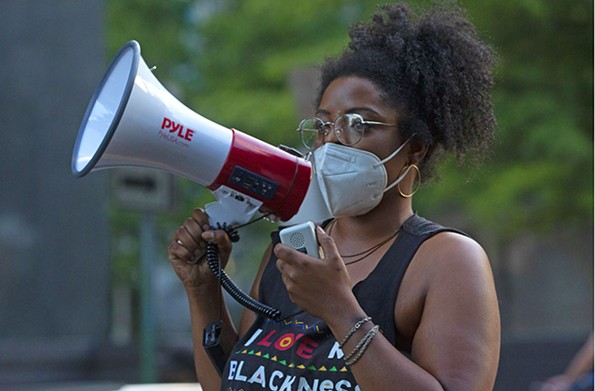 Isaac: They want you to cite articles and books. They want our voices to be legitimized through the institutions of white power structures. You need to listen to Black voices and experiences. I shouldn’t have to tally and poll the whole neighborhood for you to believe I’m being brutalized. We need folks to stop searching for answers and look at what’s right in front of them.

Taylor, you’ve spoken about “soft policing” in schools – can you explain?

Maloney: Yes. I attended D.C. public schools and also Portsmouth public schools. Any Black kid knows that – at least in D.C. – we had to go through TSA-like monitors at school. ... I didn’t know that was abnormal until I lived with my white dad for two years in the suburbs. … Seeing officers break up kids fighting and kids going to jail – that was a form of policing.

Wise: We need to decolonize social services. The money people want to put into training the police needs to be put into training social services. My master’s degree is in social work. ... I’m saying two words: Defund police. We’re wasting too much time trying to reform people in uniform with guns, rather than shape the people with the minds, the couches, the medicines and the insurance.

Isaac: Investment in the community is how we decrease the need for social services. ... We need to get money into the hands of Black and brown people so they can immediately improve the quality of their lives.

Wise: It has to be a publicly overseen process where this money is going to be re-directed.

Maloney: We’re always finding some new ways the old system is screwing us over. Why are we wasting time trying to nitpick every issue when we can start new?

Can you speak to the critical centrality of Black queer voices in this movement?

Isaac: We can’t talk about liberation without talking about Black queer and trans folks and elevating their voices. They’ve been the ones disenfranchised by our systems of care in this country. They’ve been the ones targeted by the police and suffered the most from incarceration. There is no liberation until queer and Black trans femmes are heard and are able to live. Right now, there is [another] pandemic in this country. Black trans and gender nonconforming people are dying at an alarming rate. Their life expectancy in the Americas is around 30-35. We should all be concerned.

Wise: In Richmond, our greatest expenditure is on public safety. We’re in a performance-based budget, which means if police do well and decrease crime, they’re supposed to get more money. This is backwards. Mayor Levar Stoney pushed [it]. All the literature shows no correlation to crime decreasing when police funding increases. 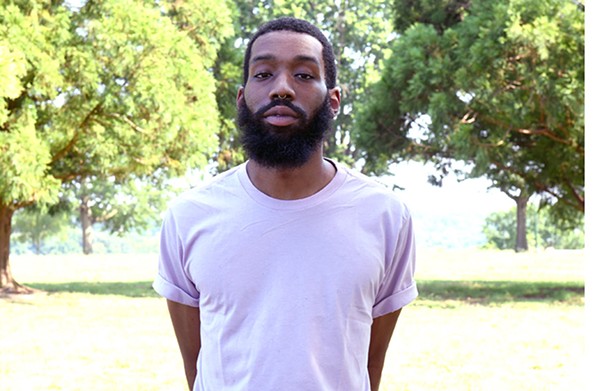 Charles Bolling II (he/him)
Organizer for Marijuana Justice
Hometown: Church Hill, Richmond
Education: Bethel School of Supernatural Ministry; one semester of social work at College of the Redwoods.
“My dad was one of the first Black people to go to a white school in Richmond. He caught the bus from Church Hill to John B. Cary Elementary. You know the stories: He was abused, made to sit on thumb tacks, made to fight. So this work is deeply rooted in my family.” 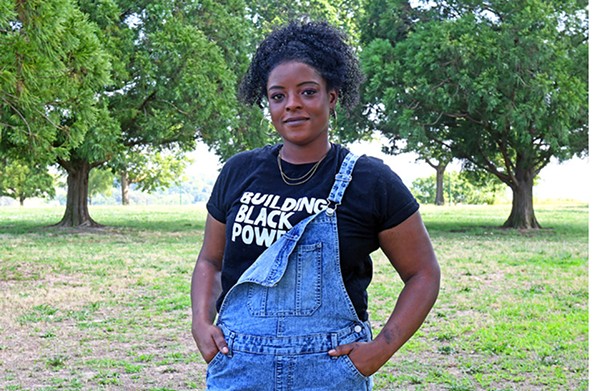 Kalia Harris (she/her)
Lead organizer in Richmond for Virginia Student Power Network
Hometown: Chesterfield/Richmond
Education: Master’s degree in interdisciplinary studies, concentration in social justice and human rights from George Mason University
“When I was young, I watched my parents make ends meet so we could go to school and participate in our community. I started a Black student union at my high school, organized on my university campus, and now organize in my community. I’m activated by learning from my ancestors, elders and those in this movement with me.”

Chelsea Higgs Wise (she/her)
Executive Director of Marijuana Justice
Hometown: Chesterfield
Education: Master’s degree in social work from Virginia Commonwealth University
“In 2015, I worked through a divorce and moved back to Richmond with my sister and my 1-year-old daughter. As a clinical social worker trained in social justice, I couldn’t sit and watch the national narrative, particularly of my Soror [sorority sister] Sandra Bland, and not be driven to act locally.”

Naomi Isaac (they/them)
College student
Hometown: North Chesterfield/Richmond
Education: political science with a minor in Africana studies, Virginia State University in progress.
“There was no class, book, or celebrity activist that attracted me to the abolitionist movement. It was watching my young, working-class parents count their last dollars, only to ship every penny to another relative in dire need. It was watching good people struggle to survive, and deciding we are owed better.”

Taylor Maloney (she/her)
College student
Hometown: Charleston, South Carolina
Education: political science, Virginia Commonwealth University in progress.
“I’m inspired by how well cared for and loved I feel by my community when we participate in acts of autonomy, mutual aid and restorative justice.”

Moderator David Dominique is a resident of Church Hill and an assistant professor at the College of William & Mary, where he teaches music composition, theory and seminars on race, gender and social change.