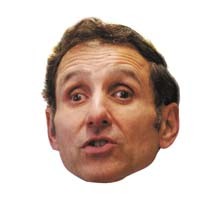 A longtime campaign guru and sidekick to Mayor L. Douglas Wilder, Paul Goldman has always been known for his ideas and recurring baseball metaphors. Now a candidate for mayor himself, his daily e-mail blasts are often filled with hard-hitting commentary on city politics, administrative policy proposals, and, perhaps just as often, bizarre musings. Not a thought in GoldmanA.,ª™s head, it seems, goes unexpressed. While many of his quotes have appeared in print, some havenA.,ª™t. A few are worthy of repeating.