Historic Richmond’s Quoit Club, a mashup of a happy hour and a field trip, returns. 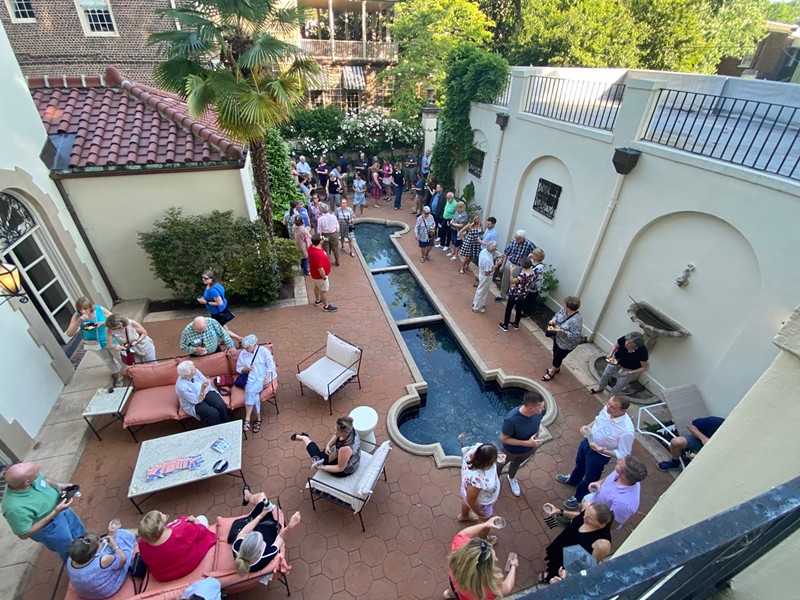 Scott Elmquist An overhead view of the Quoit Club event on Thursday, May 19 at 2315 Monument Ave.

Before there was cornhole, there was quoits. In this game of skill that dates back to the 19th century, participants pitch rings of metal, rope or rubber in hopes of landing them on or near a spike.

Though the name of nonprofit Historic Richmond’s outreach arm is the Quoit Club, membership has little to do with the forerunner to cornhole. Instead, members and guests are invited to tour neighborhoods and historic properties while learning about architecture, history, preservation and restoration. Usually, the events include a tour, light hors d’oeuvres, beer and wine.

Part field trip, part happy hour, the Quoit Club is often the only way to visit historic structures that are usually closed to the public. While some events are for members only, most are open to the public for a $20 fee; annual membership dues are $80-$100.

Founded in 1956 by Elisabeth Scott Bocock, Louise Catterall, Mary Wingfield Scott, Dr. Wyndham B. Blanton and others, what became Historic Richmond was originally created to protect the Church Hill area around St. John’s Church from demolition. Since then, the organization has saved more than 200 historic structures from the wrecking ball, including St. John’s Church, the National Theater on Broad Street, Old City Hall, Monumental Church and the Ellen Glasgow House. 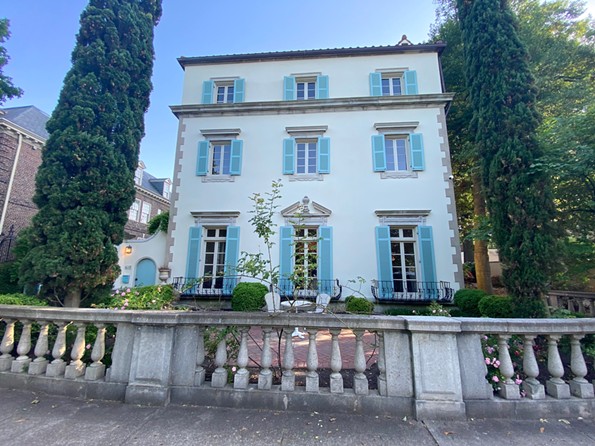 Recently, Historic Richmond worked to save the façade of the General Assembly Building, where state lawmakers have their offices. Currently, the nonprofit is partnering with the Maggie Walker Community Land Trust to restore three houses in South Barton Heights to permanently become affordable housing. It is also trying to save Second Baptist Church next to the Jefferson Hotel from demolition.

The Quoit Club was created in the early 2000s to get more people interested in Historic Richmond’s work.

“It was an opportunity for Historic Richmond to highlight different adaptive reuse projects in the city,” says Katherine McDonald, Historic Richmond’s director of development, marketing and education. “[It] tried to bring a younger demographic into the city who was likeminded, who liked architecture, who liked history, and bring them to projects that have had an impact on the city of Richmond.” 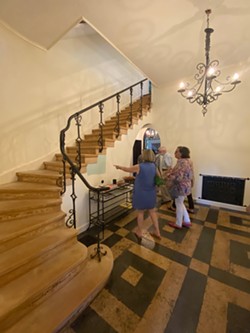 After a pandemic pause, the Quoit Club started up again last year, offering socially-distanced walking tours. Now, the Quoit Club is fully back in action, taking tours of historic structures.

In April, members toured the newly renovated Dr. Hughes House in Jackson Ward with Zarina Fazaldin, a local developer and owner. The renovation was awarded a Golden Hammer Award by Historic Richmond in 2021; the award “highlights the adaptive reuse and preservation, neighborhood revitalization [and] new construction projects around the city.”

On Thursday, the Quoit Club held an event at a Monument Avenue home designed by architect William Lawrence Bottomley. McDonald says the owner is a transplant from Farmville who plans to make the home a showpiece for his furniture company and eventually raise a family there.

“The owner is in the middle of a renovation with it,” McDonald says. “We’re hoping to go back to that one in a year or two to see what he has done with the house.” 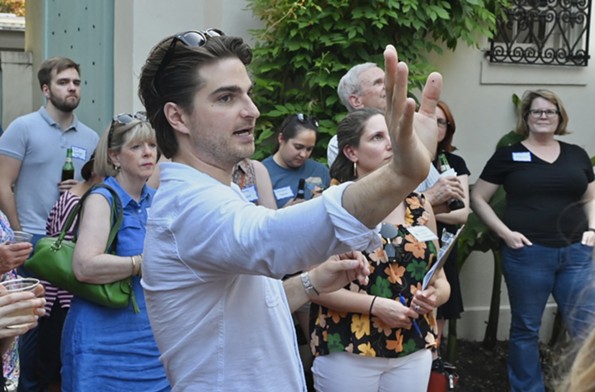 Here’s the rest of the Quoit Club’s schedule for this year:

For its corporate headquarters and showroom, local outdoor furniture company McKinnon and Harris renovated a 1940s warehouse near where Interstate 95 and Arthur Ashe Boulevard meet. The renovation was undertaken by 3north and Daniels & Associates, and won a Golden Hammer in 2020 for Best Adaptive Reuse. “They’ve got these two beautiful, dramatic skylights that flood their showroom with natural light,” McDonald says.

Another Golden Hammer winner, Hatch Kitchen RVA is part of the Clapton Siteworks, a complex of buildings that once served as tobacco warehouses for Philip Morris in Southside Richmond. Hatch’s mission is to serve as an incubator for food- and beverage-related businesses; it occupies three separate buildings, offering a coworking commercial kitchen, private kitchens and a café.

“Each rehabilitated building in the complex maintains open spaces and a central corridor to reveal the character of the original space,” McDonald says.

Common House, a social club on Broad Street, opened in fall 2020. The club is an adaptive reuse of a 1914 building that was restored using historic tax credits. Part of the renovation included the removal of non-historic partitions in the building, which restored the flow of the building. The restoration was nominated for a Golden Hammer last year.

McDonald says the hope is that the architect and contractor will come to discuss the challenges of the renovation.

This walking tour of Shockoe Bottom, one of the city’s oldest neighborhoods, will be led by Kim Chen, a senior manager with the city. Chen will discuss the Shockoe Small Area Plan, a neighborhood-level land use plan with a focus on infill that aims to address the neighborhood’s environmental challenges and historical significance, including that it served as the nation’s second-largest slave trading market before the Civil War.

“She’s going to talk about all the projects going on down there, and how to incorporate new construction with all these historic buildings,” McDonald says.

Located where interstates 64 and 195 meet, Richmond Technical Center is a technical and trade school for high schoolers and adults. Courses at the mid-century modern building include culinary arts, veterinary science, cybersecurity, TV and media, carpentry, electricity and engineering.

The center is one of five schools selected by the Virginia Department of Labor and Industry to participate in a pilot program to develop a high-skilled work force. McDonald says they plan to discuss on-site job training in the space.