A new Broad Street gallery shows off art by up and comers. 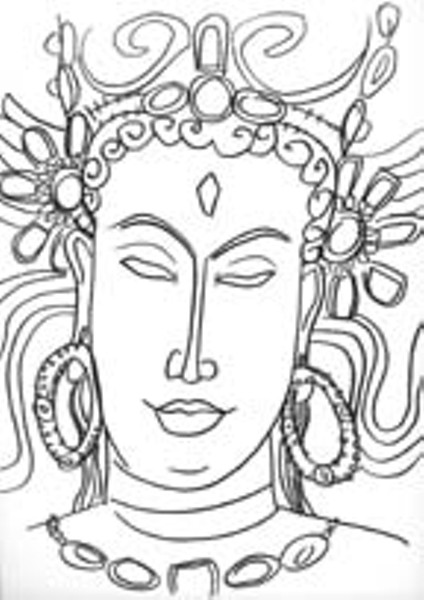 Quirk's exhibition "Systems" features work by Randy Toy and Jorge Benitez, Richmond artists selected by the Washington Project for the Arts/Corcoran for its recent exhibition "Options 2005." By arranging the artists' work on facing walls, the gallery hopes to initiate a dialogue about creative urges versus resulting art products. Toy and Benitez both look to the history of art as a means of commenting on their perspective of current culture, but they come up with starkly different bodies of work.

Toy is a graduate student in Virginia Commonwealth University's printmaking program but is already in demand as an exhibiting artist (just this year he has been in three group exhibitions outside of VCU). Here Toy exhibits samples of lithographs originated from his quick studies of Roman, Indian, Tibetan and Chinese art (to name a few) he made while visiting the Metropolitan Museum of Art in New York. The lithographs are meant to duplicate as closely as possible Toy's simple line drawings describing objects or images on objects, often homing in on visages of the human form.

Consistently representing what he sees in simple contour and in similar scale, Toy downplays the associated cultural and historical context of his source material. He doesn't elaborate on style and often represents only portions of what he sees. From the frozen action of a Chinese figure being bitten by a dragon to the grimace of an African mask, these minimal images define only the most essential shapes and marks represented before him. Resembling the elegant line drawings Picasso produced through the '50s, Toy's pared-down images uncover iconography with universal appeal.

In his color-saturated oil paintings, Benitez walks the line between realism and surrealism, posing himself as an inhabitant of a strange landscape. He paints deep and vast horizons using centuries-old rules of perspective and optical illusion. His scenes convey an eerie calm despite the dominance of intimidating architecture that diminishes the human scale to that of an ant.

In "Welcome," a monumental gate marks a threshold to unknown territory. As if planted by totalitarian authority, it mocks the lowly passengers of a passing car. Like Third Reich architects, who recycled elements of classical architecture to align the new Germany with Plutonic ideals, the unseen authority to which Benitez alludes is as just as menacing.

Dipping into the pool of history and coming up with something of the moment, Toy and Benitez are enjoying their time as agents of postmodernism. S