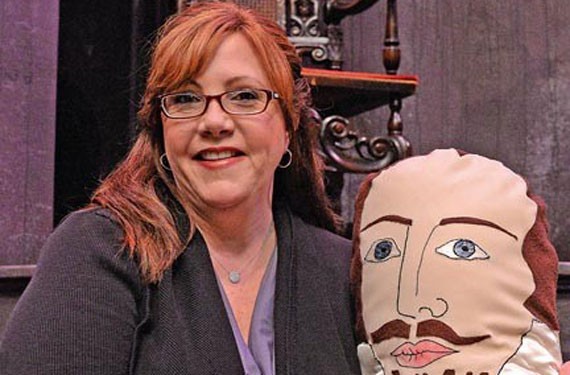 The company announced the change earlier this evening, saying that it will merge the position into the role of artistic director, held by Jan Powell. Her new title will be that of producing artistic director.

The companies combined forces in 2013 and formally merged in May 2015. O’Connor is credited with maintaining Henley Street’s stable financial footing, no small task for a small performing arts nonprofit, and helping Richmond Shakespeare retire the debt it was carrying when the companies came together.

“I’ve been involved with Henley Street and then Quill for 10 years now,” O’Connor tells Style. “I felt this was the time to explore new adventures.”

O’Connor leaves as Quill celebrates record attendance for its production of “Twelfth Night, or What You Will,” its first entry in this year’s Richmond Shakespeare Festival at Agecroft Hall.

“I have a lot to be proud of,” O’Connor says. “But it’s time to find other ways to help the local theater community.”

During her tenure as managing director, O’Connor maintained a career as an actress, receiving the 2014 Richmond Theatre Critics Circle award for best supporting actress in a play for her work in Cadence Theatre’s “Good People.” That year, Style honored her with a Women in the Arts Award. She currently serves as treasurer for the RVA Theatre Alliance, a coalition of local professional stage companies, from which she is retiring at the end of the month.

“Jacquie has been an amazing member of the alliance,” says Phil Crosby, the coalition’s president and managing director of Richmond Triangle players -- “always looking for ways that the companies involved can move the art form forward and strengthen the theater community as a whole.”

The vice president of Quill’s board of directors, Tom Kazas, praises O’Connor for her vital role in the development of the theater company and in the community at large.

“Jacquie has been a foundational member of the Richmond theater community for almost three decades,” he says in a statement. “Quill Theatre would not be in existence today without Jacquie’s devotion and skills.”

Powell begins her new role while she prepares a production of “The Merchant of Venice,” opening July 7. She’s been celebrated for her directing prowess since arriving in Richmond in 2011, winning two critics circle awards for best direction of a play. She previously founded and served as artistic director for Tygres Heart Shakespeare Company in Portland, Oregon, which folded in 2000.

Performing arts companies often struggle with what management structure works best. “The traditional model of a co-equal artistic director and managing director has some problems built into it,” Crosby says. “Many companies prefer a producing artistic director but finding somebody who can manage both sides of the coin -- the business side and the artistic side -- can also be a challenge.”

“I’ve learned from the best over the years,” O’Connor says, “and I’ve consistently benefited from the generosity of other theater professionals in town. It’s time for me to take a leap and see what happens.”