Daredevil, The Quiet American, Talk To Her, Adaptation,The Hours 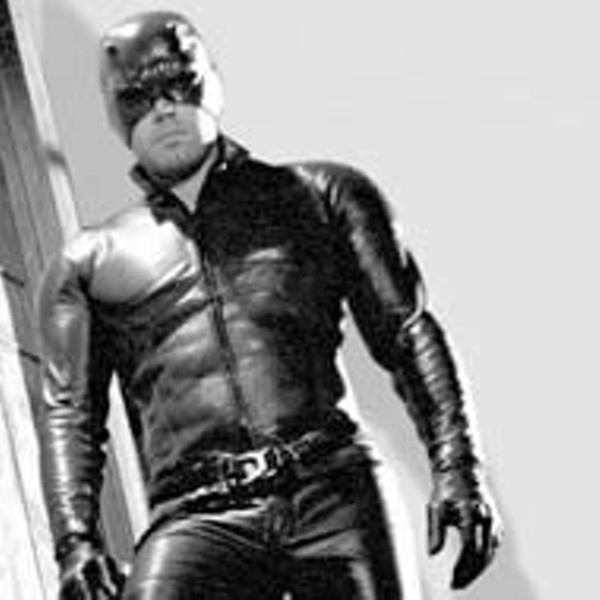 The first third of the film details how young Matt (Scott Terra) was blinded, how his prizefighter dad (David Keith) was murdered, and how young Matt vowed to avenge his father's death. But Daredevil meets his match in the martial arts expert Elektra (Jennifer Garner). Begrudgingly, the two team up to fighting a psychopathic hit man (Colin Farrell), with a penchant for perversion. Sadly, you won't care who wins. **

"The Quiet American" — In this lushly filmed adaptation of the Graham Greene novel, Michael Caine is Thomas Fowler, a British journalist caught in colonial Indochina in the 1950s: a strange stew where communists, French, Americans and a tyrannical leader named General The (Quang Hai) all vie for power. The main story, though, is about Fowler's attempts to stop his young mistress Phuong (Do Thi Hai Yen) from falling in love with Alden Pyle (Brendan Fraser), a seemingly bumbling American aid worker given to wearing Red Sox caps and oozing goofy sincerity. Without Caine, "The Quiet American" would still be a respectable drama. But because of his nuanced, multilayered performance, everything that transpires has a deeper meaning. Sometimes chipper and ironic, other times world-weary and angry, Caine is always engaging. ****

"Talk To Her" — In this deeply touching film by Spanish master filmmaker Pedro Almodovar, male nurse Benigno (Javier Camara) takes obsessive (or romantically devoted) care of Alicia (Leonor Watling), a comatose ballet dancer. By talking to her, Benigno believes their souls communicate, and that he may be able to coax her out of the darkness. The once-impish Almodovar demonstrates with this film that both he and his talent have matured. Although the movie boasts plenty of Almodovarian twists and turns, in which the comic, the tragic and the poetic go hand in hand, this time around things are sincere and human. And Camara's performance is sublime. In Spanish, of course, with subtitles. ****

"Adaptation" — While this may not be the first film to explore the creative process of screenwriting, it certainly is the most playfully brilliant. Scriptor Charlie Kaufman and director Spike Jonze (the duo behind "Being John Malkovich") craft a movie full of stories within stories, plot twists about plot twists and metaphors using metaphors as, well, metaphors. Nicolas Cage plays Charlie Kaufman, a screenwriter suffering writer's block as he tries to adapt the Susan Orlean (Meryl Streep) best-seller, "The Orchid Thief." Not your typical novel, the book verbally riffs on the orchid, while profiling John Laroche (Chris Cooper), a professional orchid hunter. Things get truly frustrating when Charlie's twin, Donald (also Cage), shows up, announcing he too has decided to be a screenwriter. While Cage does well handling the dual roles, Cooper steals the show as Laroche. For those who like movies that make them think, catching "Adaptation" is a no-brainer. ****

"The Hours" — The death of the brilliant British author Virginia Woolf (Nicole Kidman) triggered a fatalistic ripple that spreads to two other women (Julianne Moore and Meryl Streep) in two different eras. Decades later, the two women feel the anxious and somber rhythms of Woolf's life and death. The movie, based on Michael Cunningham's Pulitzer Prize-winning novel, is deeply moving. But not merely because the stories of the three women resonate with agony, bravery and inspiration. Deftly intercutting between place and time, the film creates a powerful mix of mysticism and fate. Add to the mix the truly stellar performances from the entire cast and the result is a film that's truly unforgettable. *****