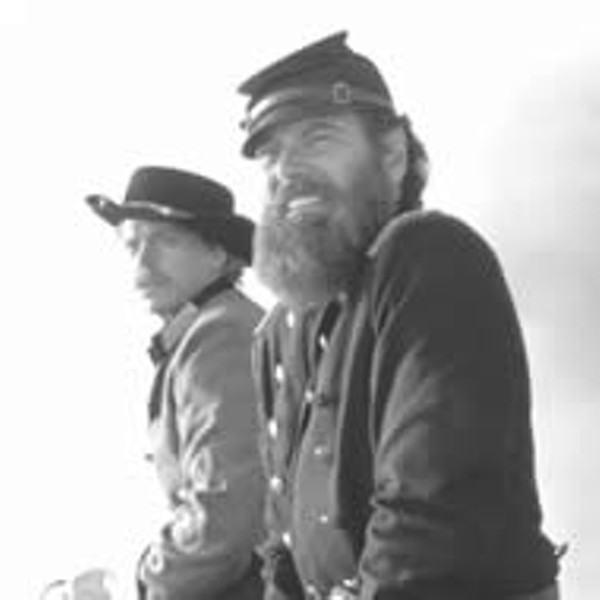 Unfortunately, "Old School" is far from smart. Not that the movie, or stars Luke Wilson, Vince Vaughn and Will Farrell don't have their comic moments. They do. It's just that they are rarely fresh or inspired. Except for Farrell, whose out-of-control, married-man-set-free routine comes close to keeping "Old School" from feeling truly old hat. **

"Dark Blue" — Directed by Ron Shelton, this gritty riff on the time-honored action-movie plot that pits a rookie cop against his veteran mentor's questionable police methods has two things going for it: One, its setting — East Los Angeles during jury deliberations in the Rodney King police-beating trial. And two, Kurt Russell's multilayered performance as the veteran rogue cop who's one flashpoint away from self-destruction. A human metaphor for the powder-keg Los Angeles during the officers' first trial, Russell's Eldon Perry is teetering on the edge. When his corrupt superior (Brendan Gleeson) orders him and his young partner (Scott Speedman) to frame two guys, he reaches a crisis point. Ving Rhames plays the dedicated assistant chief who's gunning for Perry. Although often over-the-top thanks to Shelton's laying on the hyperrealism, Russell makes "Dark Blue" pretty darn watchable. ***

"Gods & Generals" — In this lengthy prequel to the 1993 flawed but stirring "Gettysburg," writer-director Ron Maxwell appears to have forgotten what made his first Civil War epic work — the human touch. Although Robert Duvall is quiet perfection as the revered Gen. Robert E. Lee and Stephen Lang eerily captures the deeply spiritual flame always smoldering just below Stonewall Jackson's surface, these two can't make up for Maxwell's agonizing missteps. The dialogue is hokey and stultifying, the numerous battle scenes seem more like one continuous confrontation separated by more speechifying, and when in doubt, Maxwell has characters turn their eyes heavenward to scan the immense night sky. Running one minute longer than "Gone With the Wind" (counting the 12-minute intermission), "Gods & Generals" is a movie only a re-enactor could love. The period details are there by the dozens; what's missing is the human drama. ***

"The Quiet American" — In this lushly filmed adaptation of the Graham Greene novel, Michael Caine is Thomas Fowler, a British journalist caught in the strange stew of colonial Indochina in the 1950s, where the French, Americans and homegrown tyrant Gen. The (Quang Hai) vie for power. The main story, though, is about Fowler's attempts to stop his young mistress, Phuong (Do Thi Hai Yen), from falling in love with Alden Pyle (Brendan Fraser), a seemingly bumbling American aid worker oozing goofy sincerity. Without Caine, "The Quiet American" would be a respectable drama. But because of his nuanced, complex performance, everything that happens has a deeper meaning. Sometimes chipper and ironic, other times world-weary and angry; Caine's Fowler is always engaging. ****

"Cradle 2 the Grave" — Although weapons of mass destruction lurk at the heartless core of this action/thriller, their presence smacks more of blatant pandering to the destruction-loving masses than anything ripped from the headlines. Reuniting rapper-actor DMX with martial arts star Jet Li, "Cradle 2" starts off with a slick jewel-heist scene. We sit transfixed, watching and wondering just what's up when BAM! — the thieves get robbed of the black diamonds they just stole by a band of Asian thieves. So DMX (lead American thief) enlists the aid of a Taiwanese agent (Li) to re-nab the stones and save his 8-year-old daughter, who is abducted by the bad guys. Filled with bone-cracking martial arts fights and gleeful shootouts with very, very big guns, "Cradle 2" may insult the brain, but it also entertains. Until the lame last act.