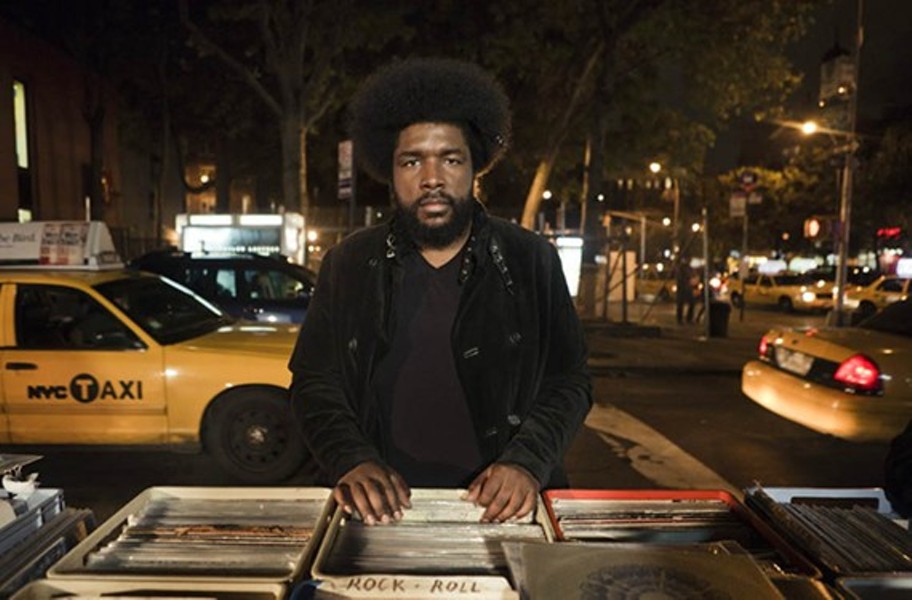 Drummer Questlove put together a James Beard award-nominated cookbook, "Something to Food About."

A Questlove-endorsed meatless cheesesteak is coming to Virginia Beach.

The Philadelphia native and Roots drummer is becoming about as well known for food these days as for music. He put together a James Beard Award-nominated cookbook, "Something to Food About," held food salons attended by Chris Rock and Michelin-starred chefs, and made his own brand of popcorn salt.

And now here's this: a meatless sandwich called Questlove's Cheesesteak, which will be served this summer at Veterans United Home Loans Amphitheater in Virginia Beach, among other Live Nation venues.

The plant-based sandwich uses high-tech "meat" from Silicon Valley company Impossible Foods — made mostly from wheat and potato proteins, coconut oil and heme, a protein culled from bean plants that "bleeds" a little bit like meat does.

Questlove became an investor in the company in 2017, but was a tireless promoter of the food products even before that, writing on his Instagram in 2016 that the Impossible Burger "needs its own #MacarthurGenius grant. Because it's TASTIER than meat."

Still, Questlove's cheesesteak preferences are not all meatless. In the lead-up to the Roots' food-happy Picnic music festival in Philadelphia in May 2017, Questlove laid out his lifetime-favorite cheesesteak sandwich on his Instagram. Spoiler alert: it wasn't made from wheat protein.

It was instead an old South Philly favorite, made with lots and lots of beef.

"I have to be the ONLY festival thrower that gets asked more about the food in his city than the music he playing," wrote Questlove. "In my #CheeseSteak recommendation department I give thee @TonyLukes."

Anyway, his meatless cheesesteak will be available this year at Veterans United Home Loans Amphitheater.

Until then, stay tuned for the Virginian Pilot's April taste test of cheesesteaks around Hampton Roads — made only with beef, cheese, onions and bread.