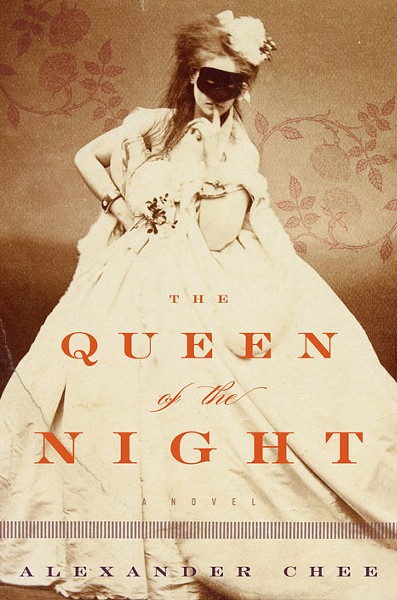 It starts with a fate-altering wardrobe change and ends with a circus, details that could bookend an opera, too.

Alexander Chee’s “The Queen of the Night” has been collecting accolades and fans since its release this month. In it, Lilliet Berne, an orphaned American, finds political intrigue, romance and a singing career in the 19th-century Paris opera.

The well-researched story features fictional ¬¬versions of several famous figures, and the operas Lilliet sees and in which she performs frame her life.

Style spoke with Howard Bender, vice president of central Virginia operations for the Virginia Opera, to find out if Chee’s operatic world would withstand scrutiny.

Style: The book takes place at the end of France’s Second Empire and in the early Third Republic. Was this an important era for opera?

Bender: Very much. It’s a fertile period because so many operas that became standards were being written, a hotbed of incredible operatic activity. Jacques Offenbach’s operetta was being born. Giuseppe Verdi’s great middle operas were being composed and tried out. Hector Berlioz’s enormous masterworks were happening. And “Carmen” was having its premiere -- a horrible failure.

Were there any depictions of historical figures that you particularly appreciated?

When Lilliet has dinner with Verdi and Guiseppina, his second wife and one of his stars, it was done so well. Those are the historical figures I’ve always wanted to have dinner with, and here it was described for me in an intellectually interesting way.

Lilliet’s teacher, Pauline Viardot-Garcia’s father, is mentioned in the book as well. I promise you that today at Julliard there are still sopranos and tenors that do the Garcia exercises. It’s a method of learning how to sing what Lilliet did, coloratura, very quick notes that have to be sung very cleanly.

The fact that we still use a vocal pedagogy book of actual exercises from that century tells you how good these people were, not just as singers but also as teachers. A whole group of singers internationally can trace their vocal lineage back to Garcia, the Garcia method of singing.

Lilliet auditions for the Paris Conservatory and is labeled a Falcon soprano, after Cornélie Falcon, the Paris soprano who lost her voice at age 23. Are there Falcon sopranos today?

The Falcon soprano, this is an interesting thing. It’s a zwishchenfach voice, between vocal categories, literally. Cecilia Bartoli is one, a very glamorous mezzo-soprano, as she calls herself. But she’s a Falcon: She sings mezzo-soprano roles and soprano roles, and her coloratura is absolutely awesome. It’s a very dark, beautiful voice.

Were you picturing her face or voice in the role of Lilliet?

At first. Although she’s no longer this young. There are other Falcons, Danielle de Niese, Joyce DiDonato. I was thinking of all of them until Lilliet sang the Queen of the Night’s vengeance aria from “The Magic Flute,” which is definitely outside of their vocal categories.

I wonder whether that was purposeful on Chee’s part?

The coloratura part is correct. But it’s just too high, there are too many notes above high-C that a Falcon soprano would not dream of attempting. I think Chee is using that as an interesting artifice so readers could think it was vocally dangerous to sing. And that’s drama. And it gets people interested in this art form so I don’t mind.

It worked on me.

The other thing Chee researched very well is the 19th-century courtesan in Paris, and all the operas being written about famous courtesans.

Cora Pearl, one of the characters Lilliet meets, was real. When you went to the opera house then, you didn’t take your wife. In these theaters in Paris, there were certain performances, usually openings, where society would come and your wife would sit in the box. But for most of the performances, it was the men in society who were being set up with opera singers, the choristers, the dancers, everybody. And it’s what gave, in North America, the negative connotation to people being in show business,

It’s the demimonde world that Lilliet falls into, this underworld of brothels, very specific, expensive brothels that the rich guys went to.

The book is a love letter to opera in many ways. Chee via Lilliet writes of the “ridiculous and beloved thief that is opera.” People are going to read this and want to go to the opera.

So they have to come and see “Romeo and Juliet.” It’s a very lush, very traditional staging co-produced with Opera Carolina. Then we have Wagner’s “The Flying Dutchman,” a supernatural tale of redemption through love. It’s a very symphonic opera, and we hired a great band to do it: the Richmond Symphony Orchestra.

What I tell people here all the time is you do not need a master’s or doctorate in the art form to enjoy it. People can enjoy opera if they know nothing about it. It’s very, very moving, whether it’s funny, or dramatic, because it’s all human.

“The Queen of the Night” is available at local bookstores.