Two new films about different detectives are difficult to decipher. 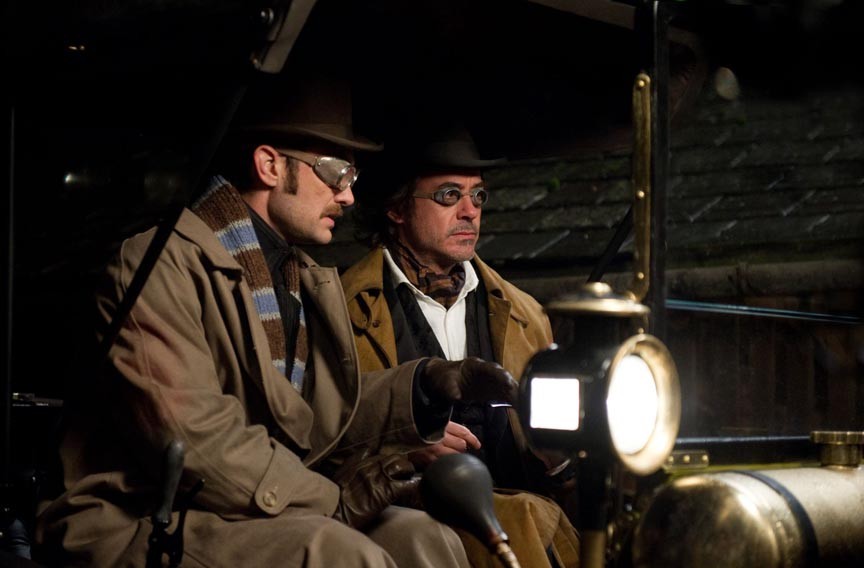 I walked away from the first "Sherlock Holmes" movie two years ago, eyebrows arched with superior conviction, much like Moriarty (Jared Harris) in the sequel, assured that both Holmes (Robert Downey Jr.) and "Holmes" were doomed, only to be promptly undone by the movie's popularity. If anything the sequel, "A Game of Shadows," having even less to do with sleuthing and more with kung-fu and explosions, will be even more crowd-pleasing.

And so I walk away resigned, if not determined, so I don't risk ending up like Moriarty, revanquished until the inevitable sequel, to recommend it, faithfully if not heartily. The least I can do is save people from its main competition this season, Steven Spielberg's astoundingly, insufferably awful new film, "The Adventures of Tintin." 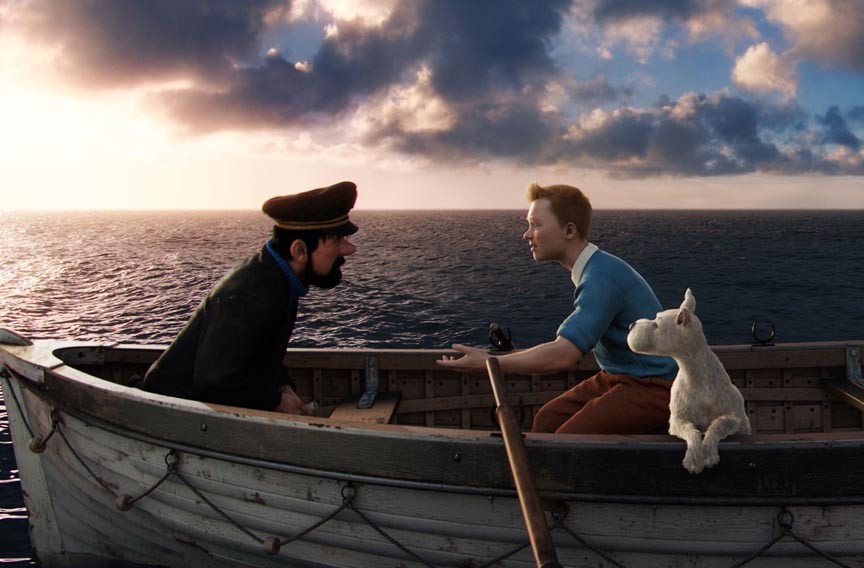 Spielberg's motion-capture animation project makes "Sherlock Holmes: A Game of Shadows" look like hyperventilating action that actually makes some sense. "The Adventures of Tintin," by comparison, has the pulse and cogency of an entire elementary school let loose in a Chuck E. Cheese's.

Spielberg, for all the historical evidence that he's a master storyteller, forgets to explain who and what his main character is. We can figure out he's some sort of extraordinary citizen, maybe a kind of sleuth or something, like Holmes. But good luck following his story. All I can tell you is that it's some sort of investigation of something or other involving unicorns and scrolls. With a sea captain. Against a bad guy or two. With a cute little white dog trailing behind. Only later I learned that the original Tintin (from comics by Georges Rémi that were adapted into a 1960s animated series) is a Belgian newspaper reporter. But it didn't make me feel any better about the movie.

Somehow Tintin (voiced by Jamie Bell) ends up in the middle of the ocean with the captain (voiced by Andy Serkis) and then in the desert. Those are probably easy-to-digitize locations. In the desert it hit me what the movie was all about: "Indiana Jones and the Curse of the Black Pearl." Tintin always has a way out. They always involve chase sequences. You've seen a dog chasing its own tail? This is a movie chasing its own chase sequence. Along the way John Williams' score is turned down occasionally just enough for the characters to blather gobbledygook meant as expositional dialogue that's impossible to follow and essentially meaningless.

I think filmmakers such as Spielberg, his friend George Lucas and those like them have been drawn so far over to the dark side of the digital force that they don't notice their colossal ego trips aren't really any good anymore. At least not for anything but upping the technological ante. They lack basic things, like characters you care about, and stories that are fun and interesting. These are replaced in "Tintin" by endless physical movement that makes you nauseated and music that smashes your ears emphasizing it.

Remember learning about Indy in "Raiders of the Lost Ark"? First a mini adventure tells you he's a treasure hunter. Then you find out he's also a college professor, and an archeologist, and you can't wait for his next adventure, which all makes sense as it unfolds. Why doesn't any of this happen in "Tintin"?

Motion-capture technology is all that happens. When Robert Zemeckis first brought it to widespread attention with "The Polar Express," the complaint was that it wasn't real enough, the eyes looked dead, etc. Motion capture looks a lot more real now, especially the eyes, especially in 3-D. And? It's neither real nor animation. You get closer to reality, but what's the benefit? In its unreal, unanimated dead zone, adrift between reality and art, the image is robbed of both tactile and aesthetic value. Why should anyone care about it? Just because it exists?

But I'll probably be proved wrong yet again. "Are you ready for another adventure?" Tintin asks the sea captain before the credits. Maybe so, but it would take Sherlock Holmes — the real one, not Downey's — to figure out why. S