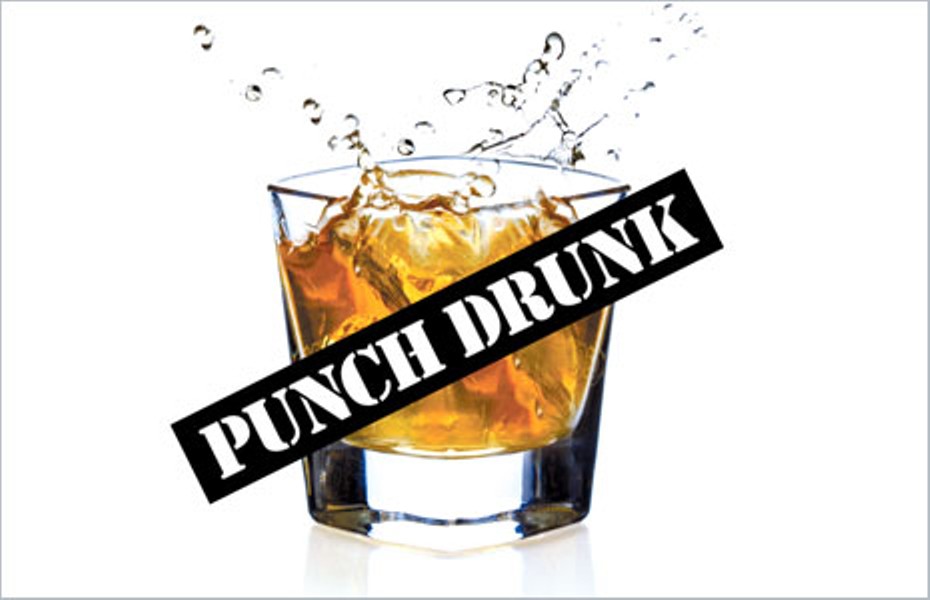 In what's become some sort of Virginia tradition, outgoing Gov. Bob McDonnell played a few harmless Executive Mansion pranks on incoming Gov. Terry McAuliffe, which included hiding a real, stuffed, snarling bear (stolen from the natural resources part of the Patrick Henry Building) in one of the bathrooms. He also hid an alarm clock, timed to go off early Sunday morning after Saturday night's inaugural ball, in one of the drawers.

"But the first lady was not up yet," McAuliffe told those gathered at his first Cabinet meeting, as related by CNN. "So I can't wait to call him today. I got to tell him you didn't beat me, but you got my wife up."

Before that, McDonnell was the victim of a prank by outgoing Gov. Tim Kaine, in which Kaine hid cellphones in the walls of the mansion and called them at all hours. Before that, Kaine entered office to find a cardboard cutout of his predecessor, Gov. Mark Warner, in his shower.

Backslappy, bipartisan bonhomie and high jinks, whether meant to be playful or not, are nothing new in politics.

In 2001, the White House transition between Bill Clinton and George Bush was marked by "damage, theft, vandalism and pranks," reports described. Clinton and his staffers were accused of taking gifts meant for the White House. They also reportedly left obscene graffiti on a few walls in addition to removing the "W" key from every keyboard in the entire place, which is pretty hilarious actually.

Dubya later paid the Democrats back by leaving Barack Obama with a hopeless quagmire in the Middle East and a really shitty economy. More of a "long con" on his part, but still quite effective in terms of entertaining spoofs.

Some other, less notable political pranks include in 1837, when at the end of his tenure, Andrew Jackson left a rhumba of rattlesnakes in the White House for his predecessor, close associate and "that dastardly coward" Martin Van Buren. Whether friend or foe, everyone called everyone "dastardly coward" back then.

In 1909, Theodore Roosevelt left the diseased bones and carcass of his beloved war horse, Little Texas, at the foot of the presidential bed for William Howard Taft to find. Although Helen, the new first lady, contracted malaria from the stunt, the two men, both Republicans, shared a laugh about it later, as almost everyone had some sort of old-timey disease back then.

In 1933, Herbert Hoover, upon moving out of the White House to make way for FDR, left "a chicken in every pot, a car in every garage" and almost of a decade more of high unemployment rates, misery and hopelessness. Herbie was just sort of an ass like that.

The year 1934 saw German President Paul von Hindenburg, his health in decline and aware that Adolf Hitler was angling for and most likely would take the presidency upon his death, fill the Reich Chancellery presidential bathroom with balloons, shake glitter all over the Reich stationery and then loosen the tops on all of the executive salt shakers. An enraged Hitler spent weeks finding the hilarious aftereffects of Hindenburg's gags.

Lastly, in a tradition started by LBJ in 1969, presidents 37 to 39 — Nixon, Ford and Carter — all left "upper-deckers" in multiple White House toilets for the next man to find. President No. 40, Ronald Reagan, puttered around for eight years unable to "find that damn smell," unintentionally ending the juvenile presidential pooping practice.

So as you can see, this Virginia gubernatorial trickery is nothing new in America or elsewhere. Although I did find these recent lighthearted larks to be a bit tame for my tastes. I mean, a stuffed bear? Hidden cellphones? A cardboard cutout?! We can do better, Virginia.

Whatever happened to the days when your frenemies woke up in a Tijuana jail cell missing a kidney or got arrested for unknowingly having a dead hooker in their trunk? Where are the mean-spirited monkeyshines that made this country great? You know, like soaking a guy's wooden teeth in laudanum or rigging a man's most trusted dueling pistol so that it backfires and shoots him in the face, or even the simple practice of recommending a prostitute that you knew to be syphilitic?

Oh, and Gov. McDonnell, it's too late now, but you should've left a fake Rolex, some Anatabloc and a case of Gatorade on the kitchen counter for McAuliffe with a little note saying, "Welcome to perk city, Terry!" *smiley-face*

C'mon Bob, if you can't make fun of yourself, then who can you make fun of?

Connect with Richmond bartender Jack Lauterback at bartender@styleweekly.com. Lauterback also is co-host of "Mornings with Melissa and Jack" on 103.7 Play, weekdays from 6-9. On Twitter @jackgoesforth.