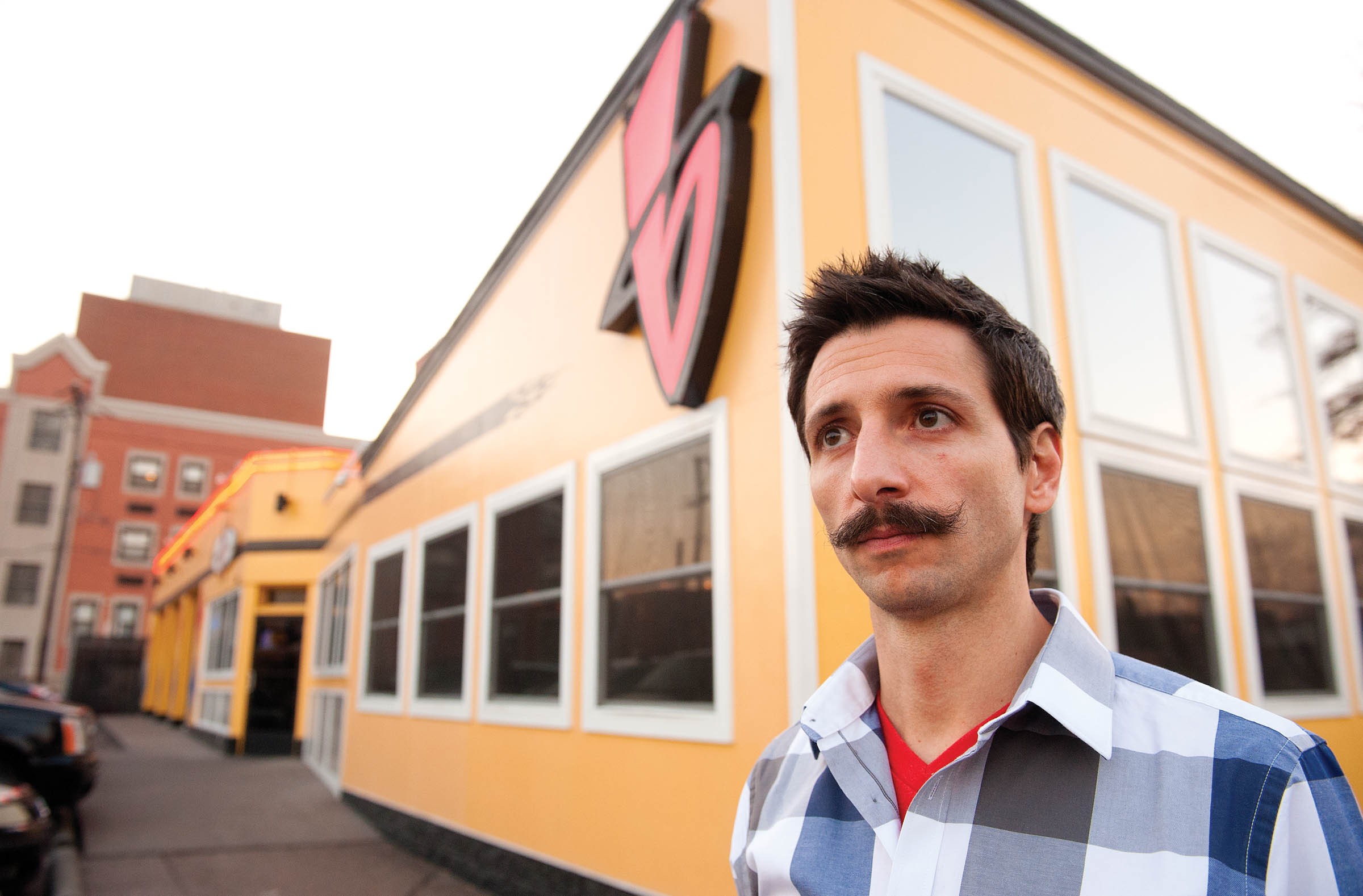 It's a theater of the absurd when Otto Bartsch is behind the stick making margaritas.

Lean (OK fine, rail-thin), mustachioed (at times) and with a sort of controlled frenetic energy, he easily could pass for your average hipster, although someone once told me that he's 44 years old. I think I spit up my shot of Rumple Minze. Forty-four? The guy doesn't look a day over 23.

He's actually neither of those ages and that's pretty much all he'll say about that.

But his efficiency behind the bar is another thing. That's something he can't hide. As I became a better bartender, I always found myself trying to emulate him. I never nailed down the effortless charm part, though.

It's also clear as I slowly got to know him through the years that we shared a keen interest in the opposite sex — but again, those stories are best left unsaid.

So aside from age and his propensity for handling a bar crowd, I most frequently hear rumors of Otto's "staggering genius." Breezy scuttlebutt usually thrown in passing by mutual friends whilst sitting at Bandito's Burrito Lounge — Otto's watering hole.

I don't delve too deeply. Besides, most of the time I'm already too far in my cups and can barely spell my name, much less hold an intelligent conversation.

"Well, I always knew that I wanted to be a lawyer," Otto says. "I asked the guidance counselor what major would best prepare me, did my research, found out what majors score highest on the LSATs. It was by far philosophy majors. Philosophy, in essence, is a four-year LSAT prep course." He graduated from Hendrix College with a degree in the subject, with an exchange at Oxford, the oldest university in the English-speaking world.

So why isn't he practicing law?

"The problem was I got bad information on my way into law school," he says. "To become a patent and trademark attorney — [a highly specialized field] — you need a science background, which I didn't have."

Meanwhile, he was bartending his way through law school at the Palms in Lexington, watching his friends get jobs. "And they were miserable," he says — "even the ones lucky enough to come out making over 100-K. I figured, why go bust my ass as an entry-level attorney making less money than I could make bartending?"

So he took off two years to bartend full time. Eventually he moved to Richmond and found work at Bottoms Up Pizza. A move to Star-Lite and Bandito's followed, the latter of which he's been at for many years.

"I love being a bartender," Otto says. "Talking to people, multitasking, the rush, the element of excitement."

"Let's say you work for the tax department," he says. "People come in medium angry already and then they inevitably leave really pissed off, whereas a bar is the complete opposite. You come in having a bad day and you leave happy. At the end of the night we actually have to tell people to leave — they don't want to leave! They're happy to keep giving us money. Think about that on a macro level. It's amazing."

Never his intention to bartend forever, Otto started thinking about giving the lawyer thing a shot after a few years of tending. He'd bought a house, he says, and figured he could sell it and take time off to study for the bar: "Then the market crashed. Things changed."

Not able to reap much from his house and admittedly making boatloads of money from bartending, he decided to go back to school and put the attorney life on hold once again.

"I figured that if I do really want to do patent law then I needed the science background," he says. So he got his chemistry degree at VCU, he says, "all while getting to keep this awesome job that I already had. I just paid as I went."

"I would legitimately go to school forever if I didn't have to pay for it," Otto continues. "They keep jacking up the price though. For something that I would be doing for my own edification, it starts to get ridiculous quickly."

With the background and degrees in place to begin what was originally his dream career, I continue to push for an answer: Why he doesn't start the law now?

He mentions a "buyers market," his inability to receive the money he should for his house and says something about a possible move back to his hometown of Dallas. He throws out the phrase "playing it by ear."

He's nothing if not noncommittal.

"Right now I don't want to be doing anything other than what I'm doing," he says. "I really and truly love bartending."

While there's no shame in tending bar and in doing work that you love, especially when you do it at a very high level — and although he won't say it — I get the impression that Otto is slowly nearing the end of his margarita-making days.

You don't need to have studied philosophy at Oxford to see that his future lies beyond the margaritas, beyond the polished wood planks of the bar.