Drinking With Purpose at Current 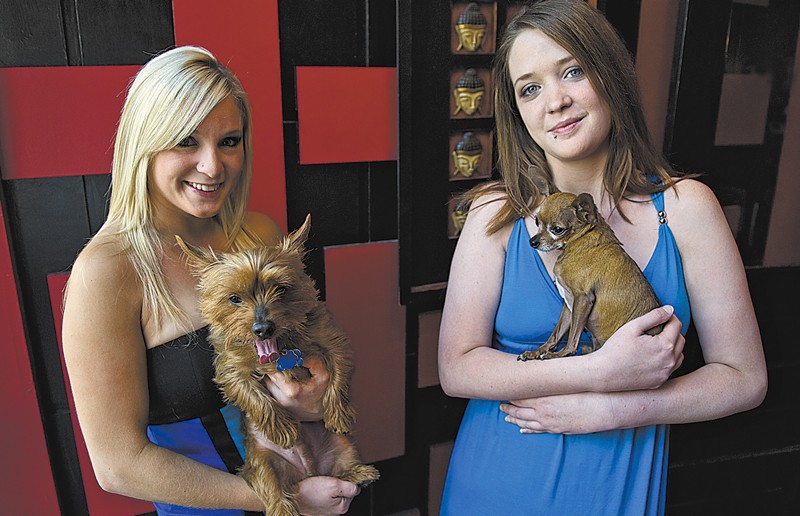 In my case, no. We’re seen as a scourge, parasites on the underbelly of progress. We get you drunk, you start the ignition on your Corolla, and nothing good can follow. Lawmakers might have been onto something with that whole Prohibition thing. Or maybe City Councilman Charles Samuels, recently tapped as the “Public Official We’d Most Like to See Accidentally Eat a Pot Brownie” in Style Weekly’s Best of Richmond issue, should round us all up and imprison us on Belle Isle? Nah, put us all together and we’d just play our iPods too loud for his delicate, white-gloved sensibilities.

So other than helping you forget your troubles and giving you the courage to start fistfights, what the hell good are we?

At least two Richmond service-industry superwomen are pretty damn good, actually, and may change this hoary notion of the bartender as devil. Cocktails for a Cause is the way Camille Kosten and Megan Stimpson give back, through events and, of course, alcohol.

A monthly charity bartender event at Bank has grown in scope, and next week the charity will throw its biggest shindig yet, a bachelor-bachelorette auction — all of them bartenders, naturally. The winning bid gets you a date and a dinner, donated by restaurants all over the city.

The event will benefit the Richmond Animal League. Unbeknownst to me, this league has nothing to do with athletics, doesn’t play games and cannot, at this point, be wagered on.

The auction will be held on Monday, June 13, at Current, the downstairs restaurant at the Hat Factory. It begins at 6 p.m. with a cocktail hour and something called “pups on the patio,” which I believe means that you get tipsy and then play with puppies provided by the animal league, on a patio. The bartender auction will begin at 7. It should also be mentioned that The Melissa Chase of 103.7 the River is the master of ceremonies. That’s right, she’s added the “The” to her name. These radio types and their egos …

The eye candy, you ask? Many sexy ladies will be auctioned off, but I’d rather talk about the man meat. My bartending cohorts Nima Khalilan (who, for full disclosure, also has some sort of so-called summer internship with my editor), Otto Bartsch, Dane Acton and many others will be on the chopping block, shirtless if we get them drunk enough. Also, of special interest to the gay community, Jesse Selbert, the sexiest man in Richmond not named Juan Conde or Jack Lauterback, will be available to buy. He’s generally pretty easy … to purchase. A vodka tonic or two should do the trick.

See, bartenders aren’t all that horrible. And who knows, you might just luck out and take one home with you. For a price.

Information by email at CocktailsForACause@Hotmail.com or by calling Camille Kostin at 467-3401.