This Week: Announcing the Jackbar 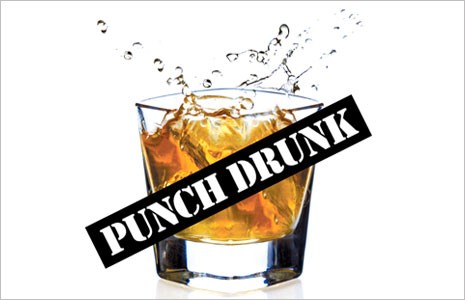 Like seriously man, this is happening. I have a perfect space and I want to give you a percentage and I want you to be my head bartender. Yeah, no capital needed 'cause I got investors. One of them is an orthodontist, so it's legit. This idea is gold. It's gonna be like Mediterranean-Siberian fusion. Think lounge-style hammocks, Thai-inspired corn dogs, lunchtime karaoke. And get this, no ice, anywhere. All room-temperature drinks. How God intended it to be. And I'm gonna put a ball pit in the middle of the dance floor. And all the servers will wear blue, space-age polymer jumpsuits. It can't miss, brother! I'll call you next week. — Some drunk telling me about the bar he plans to open

I've been on the receiving end of some variation of this conversation about 25 times now. Almost every bartender or restaurant manager has spoken seriously, albeit drunkenly, with someone about the opening of the next great spot. Never mind that most of the people taking part in discussions like this, me included, tend to have no money or experience running a restaurant and no concrete business plan. Doesn't matter. This idea cannot miss. Trust me. Here, put your number in my phone. I'll be in touch.

You can never be totally dismissive, because some of these dreamers put in months of mind-numbing work, locate the perfect spot, find the capital, get permits and ABC licenses, and then, against ridiculous restaurant success odds, hit their mark and produce a winner. So listening, albeit drunkenly listening, has always piqued my interest. I mean, who wouldn't want part ownership in a massively successful business? Collecting a percentage check every month. Drinking on the owner tab. Trysts with 18-year-old cocktail waitresses in the walk-in!

If only it were that easy.

In recent months Richmond has seen a number of restaurant successes and failures. On any given week it seems as many as eight restaurants open for business while between two and eight close their doors. Some bring about their own undoing by sucking so much or refusing to serve french fries to "RVA's lower class urban population" (Boom Boom Pow!). On the other hand, the finicky nature of the public, in particular the self-appointed gastronomes that Richmond seems to harbor like mosquitos in a swamp, love to help doom a restaurant's existence with a few clacks of the keyboard. Some bitchy Facebook posts and 16 negative reviews on Yelp and why has the dining room become a graveyard? As previously reported in Short Order, Friend or Pho, now Lady N'awlins, almost definitely was affected by pompous foodies and poor online reviews from anonymous commentators. Shame too, because I really enjoyed getting boozy there. Was the Pho exactly like the beloved Pho at the hallowed Vietnamese institutions on Horsespen Road? No, but the bar had personality and character, which can't be said for many of its detractors.

So anyways, all that said, I write this particular column with my own self-interests in mind, which is why I write every column. This is the official announcement of the opening of my new establishment: The Jackbar. And don't let the name fool you — it's not a gay bar, although the LBGT community is always welcome. (And yes, of course there is a Twitter handle, @JackbarRVA, to make all this legit.)

The Jackbar will feature a fine collection of rail liquor and cans of whatever Food Lion has on special that week. The décor will be a mixture of centerfolds from all of my old Playboys taped to the walls, my Shawn Kemp and Lamborghini posters, and whatever thrown-out lawn chairs I find in the alleys near my house in the Fan. Since we have to serve food to meet the ABC's bogus and antiquated liquor-to-food ratio law, I'm going to offer pizza rolls, or taquitos — or whatever I happen to grab out of the fridge on my way into work. I can cook the hell out of some pizza rolls, trust me. Tonight we're featuring stale Tostitos and a fresh, unopened jar of salsa con queso, also from the fine gourmands at Tostitos.

Let this be my personal invitation to Richmond's foodies and professional "food critics" for the free soft opening tomorrow evening. This place is the culmination of all of my hopes and dreams. I've put my life into this restaurant and I really hope you can all make it.

The salsa tastes like strychnine, you say? Why no, that's just my secret recipe. Have a few more bites.