Brakes on the Bottom 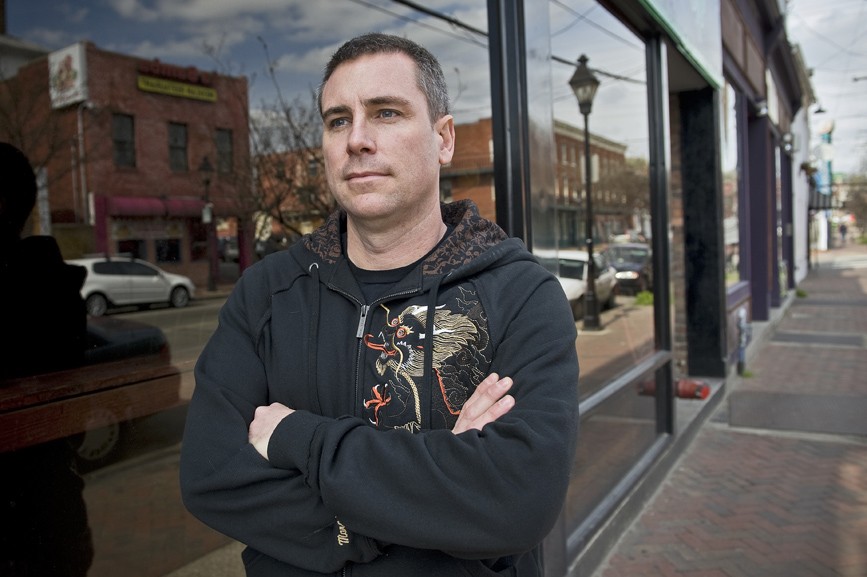 If a gunshot rings out in Shockoe Bottom and no one's around to hear it, did it still go bang!?

With the Bottom suffering from a slow decline in business and almost a decade of neglect, will anyone even care if it does?

The Shockoe blame game usually begins and ends with the urban nightclubs around the 18th and Main street corridor, which constantly change ownership and monikers. Is it the fault of these clubs if fights spill into the streets or people get shot in adjacent parking lots? Is it simply neglectful business practices by people who have no idea how to run restaurants that are dragging the area down? Is Short Pump destined to become Richmond's new entertainment district?! Please God say it ain't so.

For now no one seems to be providing answers or solutions. Throwing cops at the Bottom on weekend nights has stemmed crime, but it hasn't stopped the decline of business. And who knows what's going on with that whole dance-hall permitting process? City Hall can't seem to get its act together.

William "Mac" McCormack, a longtime Bottom dweller and owner of McCormack's Pub on 18th Street, says he's watched his sales decline to a third of what they were eight years ago.

"Right now, more so than any other area in the city, we [in the Bottom] should all be doing great — even in a recession," McCormack says. "But there are businesses that are down there that are inhibiting growth for small restaurants and tenants that have maintained a good record."

So aside from bulldozing and spending millions of dollars to revitalize the area with a minor-league baseball stadium (a once controversial, and now nonexistent plan to transform downtown), what can be done?

McCormack has been working on a plan to turn the tide. It's the only real, workable plan I've heard anyone offer lately.

He wants to require owners of new businesses, particularly restaurant owners, to reapply for parking zoning applications when they open new places or take ownership of an existing ones. He says the requirement hasn't existed in the Bottom since the 1970s.

"You would have to provide at least one parking space for every four patrons that your establishment can fit in under the fire code," he says — "a rule that already exists in the Fan and elsewhere throughout the city." McCormack says he had to follow that rule last year when he opened his other restaurant, McCormack's Whisky Grill and Smokehouse, on Robinson Street in the Fan.

His idea would grandfather existing businesses and put a much more strenuous procedure on the owners of new ones, rather than just allowing them to sign some papers and slap on a new layer of paint. Ideally, the point is to slow turnover in the neighborhood and begin to reverse the area's decay and urban blight.

"There is no agenda against the large clubs that come and go," McCormack says. "It would simply force everyone to run a good business model, a better business model."

David Napier, president of the Shockoe Bottom Neighborhood Association, says he believes it could work.

Napier, McCormack and others plan to put the idea on the agenda of next month's Shockoe Bottom Neighborhood Association meeting. If they gather a consensus, they'll take it to City Council to begin the long, execrable slog that usually accompanies Richmond city government and bright ideas.

Whether it would make a difference is debatable. What's not debatable is that it's a realistic idea to turn things around and make the Bottom a destination spot once again.

At this point anything beats inaction. Plus it's clear that Nutzy and his creepy acorn sidekick won't be swooping in to save the day anytime soon. S