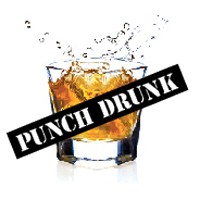 A recent uproar by the scientific community and vote-pandering politicians railing against the sale of flavored caffeinated malt beverages (Four Loko being the main culprit) and touting the “fatal” effects caused by their consumption is farcical and completely out of touch with reality.

It began in late October when nine students at Central Washington University were hospitalized after getting blotto off Four Loko at a party. Predictably the school, “the experts” and everyone who attended college at a seminary got out their pitchforks and torches and blamed Four Loko. Then they blamed the fruity malt liquor for a recent spike in crime, and then for every drunken-driving case, and then for the Duke lacrosse team. I also read somewhere that Judas Iscariot used to love getting blitzed on Bartles & Jaymes, and we all know how that turned out.

So wait, combining massive amounts of uppers and downers is bad now? Is it 1997 again? We better get the word out to the populace before this whole mixing caffeine and booze thing creates an unruly mob of twitchy 21-year-olds talking a mile a minute.

College kids and twentysomethings overconsume and get hospitalized every weekend, everywhere. If anything we should look into banning Adderall or Ritalin, the so-called study drugs. Kids aren't just popping Adderall to cram for tomorrow's chem final, they're using it to bolster their ability to drink larger quantities of alcohol over longer periods of time. If caffeinated alcoholic drinks are a liquid form of cocaine, then Adderall is 100 percent pure Bolivian marching powder.

While foolish and bad for your blood pressure, the combination of caffeine and alcohol isn't the base problem here. The problem is inexperienced drinkers and overconsumption of any alcoholic beverage, not one in particular.

Who wants to bet that a few of these kids who were hospitalized were doe-eyed freshmen who were drinking like it was their second month in college? That doesn't make the situation any less unpleasant, but irresponsible drinking rarely does. It makes this writer wonder if lowering the drinking age to 18, or even 16, actually would help to curb binge drinking and the evils that it brings. I doubt American high-schoolers could handle that responsibility, but it's an idea.

Excessive boozing and the ignorance of youth will never change. If lawmakers ever seriously try to ban Four Loko then they'd have to consider banning Red Bull, which in Richmond would be like repealing the 21st Amendment and declaring martial law. Blaming one product or even one subset of alcoholic products in a few deaths or hospitalizations is simply politicians grasping at straws in an effort to solve a problem that long ago became inherent in our society. People will drink heavily and overconsumption will continue to injure and kill many.

Don't believe me? Watch the news this week.

Candy for adults: While Four Loko storms your local bodega, another fruity (and much more powerful) alcoholic beverage is taking over your local bar's shelves. Three Olives Vodka, known for its dizzying array of flavors — including bubblegum, grape, root beer, cherry and chocolate — has recently introduced in Virginia a “rangtang” flavor and one it calls only purple. Apparently liquor companies are now inventing flavors; last I checked purple was a color.

All of these flavors are delicious and some of them even more so when mixed with Red Bull. So at 80 proof and available at my local pub for $6 a pop, I can get even more drunk than having to pay $3 for a can of 20-proof Four Loko at a gas station?

My point is, this problem is rampant and its yumminess isn't going anywhere.  Available at Virginia ABC stores now: Three Olives rangtang and Three Olives purple, 750 milliliters for $19.95.

Richmond bartender Jack Lauterback slings and consumes drinks at a number of local establishments. He blogs at jackgoesforth.blogspot.com. Follow him on Twitter @jackgoesforth. E-mail: bartender@styleweekly.com.