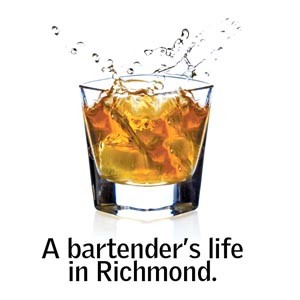 10. With his rebellious 'tude and the right moves, NBC-12's Ryan Nobles will eventually be forced to rally the town, take down these uptight squares on City Council, and bring dancing back to Richmond!

9. Former ABC commissioner and mayoral candidate “Bosnia” Bill Pantele can no longer embarrass himself at Hamaganza. Don't fret though, I'm sure he'll find other ways to look foolish.

8. Councilman Samuels immediately locks up the anti-dancing, limbless and permanently-confined-to-wheelchairs vote in the Second District, thus guaranteeing his re-election.

7. A spike in prostitutes as strippers flood the streets. On the flip side, you won't have to accidentally douse your shirt in gasoline to mask the stripper musk on the way home to the wife ever again. “Yeah honey, the ummm, gasoline thing, ummm, exploded on me. I guess there was glitter in the gas, too.”

6. The Richmond Ballet will cease to exist, forcing every good-looking Eastern European girl in Richmond to move to Williamsburg and work at Busch Gardens or Water Country. Wait a minute … that's not funny.

5. No dancing makes it much easier to conceal your gun in your oversized pants and makes an accidental discharge into your groin less likely.

4. Just realized that Charles Samuels is white, making this ordinance seem like a logical choice for him. I mean seriously, look up his picture. Guy models his look after Lewis Skolnick. This guy probably makes Elaine Benes look good on the dance floor.

3. RVAlution ends. Four thousand kids have to go back to just being Virginia Commonwealth University dorks on Tuesday nights.

1. Chris Brown dies after getting his ass pounded by police officers while trying to perform his dance hit “Wall to Wall” at the Coliseum.

Columnist in the Crossfire
These past few weeks I have been vehemently attacking the supporters of the recent law that allows people with concealed gun permits to carry their firearms into restaurants that serve alcohol. I demanded an on-air debate and was eventually granted one by Ryan Nobles, an anchor at our local NBC affiliate. I squared off against Philip Van Cleave, the president of the Virginia Citizen's Defense League. I won't delve into the actual on-air discussion, but I will say this: Guns and alcohol don't mix and they should never be in the same building with one another. Will it take the death of an innocent restaurant patron either inadvertently or maliciously at the hands of a concealed weapons permit holder to make Gov. Bob McDonnell realize that he has made a horrible mistake by signing this bill into law?

Richmond bartender Jack Lauterback consumes and slings drinks at a number of local establishments. He also writes a surly blog at http://jackgoesforth.blogspot.com. Find him on Twitter @jackgoesforth. Have a question or comment for the bartender? E-mail: bartender@styleweekly.com.