An occasional series of memorable speeches from our elected officials. 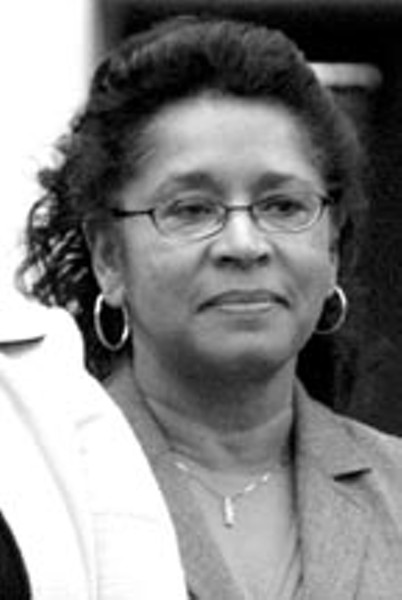 … I hear the voices of our children. We have to listen. I hear the voices not only of the alumni, of the grandparents of the communities, of the students — the current students who are now attending these schools. I’m hearing about the combined-ness, the jointness.

Keep in mind that this is a merger of the eastern schools. I asked at one School Board meeting, it sounds so exciting, that so much learning to take place, with minimal offerings — could not my niece attend this school? The answer to me was, “Oh no, this is exclusively, for first choice, for students now attending the eastern schools of Armstrong and Kennedy.”

Now it says the combined mergers here, we’re going to put you boys and girls, regardless of which family member you’re living, you’re going to be under one roof for a better quality education. And that’s a dream come true for many students — certainly the Armstrong students who have never had AP classes. They heard about the Kennedy students. Just because my father was different from your father, we have the same mother, I could go to Kennedy. I had a chance to be a part of the technology program. Because I found out if I stay on the honor roll at Kennedy — sisters and brothers are talking — I can get a $6,000 scholarship to further my education at a community college or a four-year college. But at Armstrong, that child is still deprived because the child’s daddy is not the same as that daddy, so I had to live on this side of the street.

Now, these families can come together — not just that kind of family, but others in the community — under one roof. So when the merger comes here, putting the teams together is bringing those hopes. I’m hearing today, “What about the students,” as a colleague mentioned? This is a chance, an opportunity. So, as the students are saying, “What’s in a name?” I know names, impressions are made by names, and they are always good impressions, sometimes, but impressions are left. …

I actually walked over to the East End and sat on the step there. I saw the lady. “Miss Mimms, come and sit on my porch.” Well she had no chairs, so I sat on the step with her. Wonderful discussion. This was her idea, that I believe I shared with [Board member Gail M.] Townes and some other people — remember I called you? She said, “I tell you, get a piece of this and a piece of this, put together, and let these children stay in harmony.” And as long as they feel a part of them will be there — the Armstrong students going to the Kennedy building — but you’re going to the Kennedy building and you’re stepsister’s already there, or brother? You enter into their home, but yet you want to come in, and say, “Now you take down your colors and bring on yours. We’re going to keep the motto and do everything” There’s a feeling of family togetherness. We’re talking about a possibility of improving unity in the community of East End, a kind of acceptance beyond.

Yes, I voted with the majority for what was presented. … But beyond that, it’s something bigger than, as I’m hearing now, as I mull through the different communities — not just eastern community, but all over. It’s sounding to me, as we listen to the voices, Kennedy alumni came before us. They are willing to share their strengths. Some Armstrong alumni, they are changing somewhat too. Whatever it is that says, “Let’s have today’s children feeling good about — real good about — this special school, where minimal offices will be.” This is the opportunity for a better life, for the students who are required to attend the school in East End, and that’s the Armstrong-Kennedy students’ first choice. So my thinking has been altered as I’m listening to the voices, the voices you have to listen to. Times change. We can’t always hold onto what used to be. I’m an alumnus of Armstrong, very proud. I did an awful lot — as a first runner-up to Miss Armstrong, there’s lots of goodies. But. Just because I attended there, my decision is not going to be biased at all. I’m listening to the voices.

As I said, actually, in my campaign when I ran for School Board, I would be a better voice for the children. I will listen to that and that’s what I’ve done this time. So my thinking, it’s been altered, with more feelings — uh, ensure that we’re going to have a more healthy, a welcoming good feeling to start in our new home as we move together.