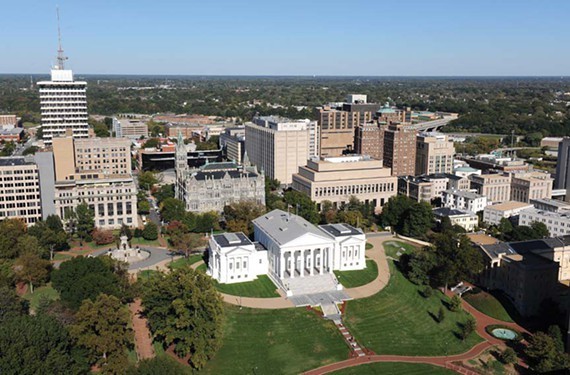 Richmond hasn’t declared itself a sanctuary city, but a proposed state law may hold it liable for certain crimes committed by undocumented immigrants within its limits.

The bill, sent from committee to the Senate on Tuesday, defines a sanctuary city as any locality that establishes an ordinance, policy or procedure that could “restrict the enforcement of federal immigration laws.”

Such a position also opens the city to broad liability, she says.

“Because of that instance,” she says, “if you have another illegal alien, who causes a car accident or does something else, the city of Richmond could be liable.”

The other Richmond senator on the Local Government committee, Republican Glen Sturtevant, voted for the bill. The 7-6 vote followed party lines.

Mayor Levar Stoney says he supports policies that are “inclusive and tolerant” but did not declare the city “a sanctuary.”

“We are not a sanctuary city,” Stoney’s spokesman, Jim Nolan, said in a statement. “But we are, and will remain, a city that is welcoming to immigrants. We are a nation of immigrants. What needs to change is the demagoguery and politics of fear that are coming out of Washington.”

The Richmond Police Department referred questions about policies to the mayor’s office. But Police Chief Alfred Durham told the Richmond Times-Dispatch on Monday that it isn’t department policy to ask the immigration status of people they encounter.

That rule may open Richmond up to claims by people injured by or with property damaged by undocumented immigrants, according to people testifying against the bill.

“It’s a blank check for people to use the law in a way that is meant to punish cities,” she said. “No city and no state is obligated under any law to enforce any immigration law. There is no requirement, period. It is voluntary.”

The chairman of the committee, Republican Sen. William Stanley, is a personal injury lawyer. He asked the patron of the bill, Republican Sen. Richard Black, if he would consider narrowing the law to affect only cities that pass an ordinance -- removing the broader liability of “policies” and “procedures.”

“I would prefer to leave it in,” Black said. “With great respect to everyone arguing here, their arguments are in generalities, and the fact is that the policy has to intentionally be passed to restrict federal immigration laws with intent to thwart the execution of federal immigration law. The burden of proof is pretty substantial.”

Hundreds of people rallied in front of the federal courthouse on Broad Street on Monday night in support of keeping federal immigration enforcement out of Richmond.