The fire-mongering Howl stops in at Strange Matter. 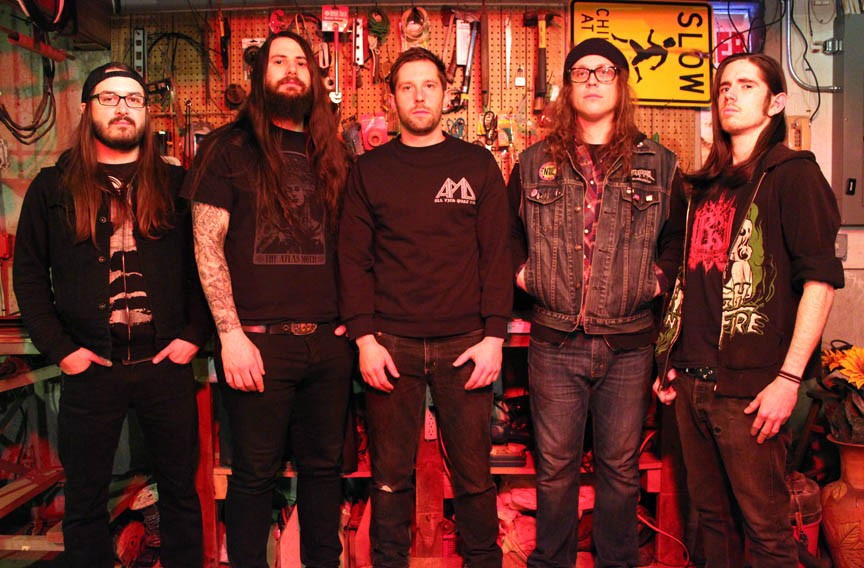 Vincent Hausman sampled his first taste of heavy metal when he was 11 years old. He was in a record store in Indonesia where he found a copy of Ozzy Osbourne's "The Ultimate Sin" on cassette. The cover art of the 1986 album by the Prince of Darkness quickly made its dent.

"[Osbourne] has the body of a hornet. His tongue is sticking out, and there's lava in the background, and this chick with really tight leather pants is kind of sticking her butt out," the 33-year-old recalls. "Her hair is wavy, and she looks really evil.

Hausman forced his dad to buy the tape for him and the sonic material within didn't fail to impress. "I thought it was really exciting and badass. I was like: 'Wow, these sounds are fucking crazy. This is really cool.'" True, he "was a little freaked out, but not in a bad way." He was excited by the aggression and power of it all.

Now guitarist and singer for Howl, Hausman's fascination with heavy music had just begun. At age 12 he saw Gwar, Richmond's lovable metal miscreants, in Amsterdam, the Neatherlands. At 14, he caught a show by the hardcore band Sick of It All, which finally convinced him that his future was in music. A vocalist at first, by his early 20s he'd picked up a guitar and began honing himself for double duty.

A resident of Austin, Texas, Hausman has put in time around the globe — living in Indonesia, Amsterdam and Providence. At 21, the Dutch American of dual citizenship arrived in the States to study at the Rhode Island School of Design, which established Providence as his base of operations. While attending the school, he met future Howl drummer Timmy St. Amour during their senior year, and they bonded over black metal.

With St. Amour at Hausman's side, Howl began life as a two-piece in 2007, bringing Hausman a committed project. "I find a lot of joy and satisfaction in listening to music and playing music. It gets me closer to my essence," the frontman says. "When I'm playing a good show, there's a purity about that joy and an emotional response that's unlike anything else I do. It's tough and the money's not good, but in terms of what really moves me as a person, playing music is it."

Howl's debut record, "Full of Hell," arrived in 2010. The album's hybrid of doom metal, sludge metal and go-for-the-throat rock 'n' roll reflected Hausman's leanings at the time, and for the forthcoming "Bloodlines," he hints at serious tweaking.

"'Full of Hell' was really doomy, slower [and] swampier sounding. The production's kind of muddy. We kind of did that, and that was cool," he says. "But I didn't want to put out the same record twice." The changes result in a picked-up pace, more solos, interesting guitar lines and a lot of tightness and aggression, he says. In a recent news release, Hausman describes "Bloodlines" as "a metal record influenced by doom rather than vice versa."

Although the band has yet to go full time with its music, good omens indicate those circumstances should be changing. Both Howl records will have been released by Relapse Records, a venerable stepping stone. The group just installed another guitar player with Hausman moving to just vocals. And through a still-mystifying process, a popular Chicago restaurant and metal hangout, Kuma's Corner, recently began offering a burger named after the band. Featuring red-wine-braised skirt steak, caramelized onions, Merkts sharp cheddar and fried potato strings, the burger joins menu items paying tribute to genre contemporaries such as Mastodon and High on Fire and established greats such as Metallica, Iron Maiden and — in a nice bit of almost-full-circle circumstance — recently reunited Black Sabbath.

In the land of sandwiches at least, Hausman and Ozzy now stand on equal ground. S