Taylor Swift is omnipresent. But when she steps up to the divorce-album plate, that’s when she’ll move beyond talented to immortal. 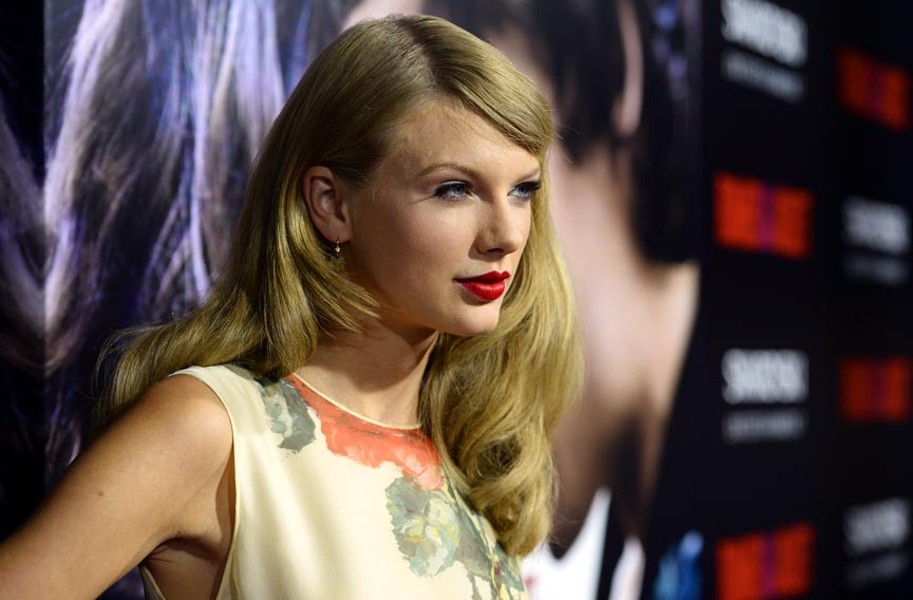 Am I the only one waiting breathlessly for Taylor Swift’s divorce album?

In any store — Kroger in Richmond, Target in Tampa — what’s playing? Taylor Swift is playing. It could be an older song from her country days, or one from her most recent album, “1989,” but it is a Taylor Swift song. My 10-year-old niece and I have a theory: It is not necessary to remember any of the titles because whichever one you’re thinking of is bound to come on soon wherever you are — at a party, a restaurant, a salon or a gym. Go out into the world, give it 24 hours. You’ll see I’m right.

Swift’s 1989 World Tour jumped from Philadelphia last week to the Netherlands this week, and returns to our area for a two-day stop July 13 and 14 in Washington.

Swift now is the soundtrack of the world. She is, in effect if not intention, what we mean when we speak of American cultural hegemony. A few months ago, when I still lived in a 14th-floor apartment in Australia, and there were construction workers suspended on a rickety-looking platform so that they could replace my neighbors’ windows, I heard “Shake It Off” come on their portable radio. When I looked over at them in their trademark short shorts and midcalf work boots — worn shamelessly by straight men nowhere else in the world, a far more reliable cultural marker than a taste for Vegemite — they were getting down to Taylor Swift. I suspect ISIS contains a number of her fans, too.

Some of us are not fans, nor are we haters. We’re dolphins caught in the net of the tuna-fishing vessel of her ubiquity. It could be worse. That Taylor Swift is smart and talented is a given; whether or not you like her is a different question because it’s personal. Swift, for all her confessionalism, is not personal. Not to me or most people older than, say, 28.

But she’ll be personal to us soon enough — a way of saying her relevance will only increase and that we’re all in for a treat. One day, maybe as soon as within the next five years, Swift will record an embittered divorce album, and because we know that divorce albums are often the most powerful albums any artist ever records, hers will be one of the greats.

Think of Bob Dylan’s “Blood on the Tracks.” Beck’s “Sea Change.” Marvin Gaye’s “Here, My Dear.” These contain some of the best written and emotionally powerful songs ever, the most moving and in some ways learned and wise. We don’t have to look to relatively high-culture examples either. Britney Spears’ “Blackout,” recorded during her post-divorce crackup, is her most convincing album, also her sexiest and bleakest.

When she sings in “Get Naked (I Got a Plan),” that “Baby I’m a freak and I don’t really give a damn … won’t you pay attention please,” you believe her. She’s like your too-young-to-be-divorced-but-still-divorced friend in a bar, who you want to urge to forgo that last shooter and maybe not flash that group of ogling men, while you know at the same time that these things must play themselves out.

Crucially, Swift writes her own songs, long her greatest point of interest, even more so than her blond beauty. In fact the beauty makes her efforts more interesting, because really, she never had to bother. Her life would have been pretty charmed no matter what, so her ambition is more evidence of intelligence and drive.

It’s no wish for comeuppance to say she’ll get divorced. Half of marriages end in divorce among unfamous people. For celebrities, divorce is the way of all flesh, and for Swift, her divorce will represent the loss of what must be one of her few sustaining illusions. She already knows that money doesn’t bring happiness. Despite her upbeat anthem, New York is another sustaining illusion she’ll one day lose. Thrills fade. That’s why they’re thrilling. Wherever you go, there you are, just like Mom said. In other words, her divorce will be a particularly big deal for her.

Yes, she already records break-up songs — I was getting to that, it’s why we’re here. Yet none of these so far portray the searing pain that great failure and loss bring. That’s not to say she’s never felt pain or known loss — she’s human and mortal, which I know for sure because a friend of mine keeps seeing her outside his Manhattan gym.

She’s also 25, and having a “Blank Space” that is room for a new if doomed fling is very different from having a blank space left by the collapse of the love you hoped and expected would last until your death. Today her vision isn’t so much naive as simply youthful. When she steps up to the divorce-album plate, that’s when she’ll move beyond talented to unignorable, immortal. Right now, in the heartbreak stakes, she’s one of the most promising minor-league players a scout has ever seen, or LeBron James in high school.

It’s rare to spot in advance something that will shape the culture and become a part of most living human beings’ consciousness. This is one you can. Though I don’t wish Swift any pain, I can’t wait. S

Catherine Baab-Muguira lives south of the river with her husband and record collection.