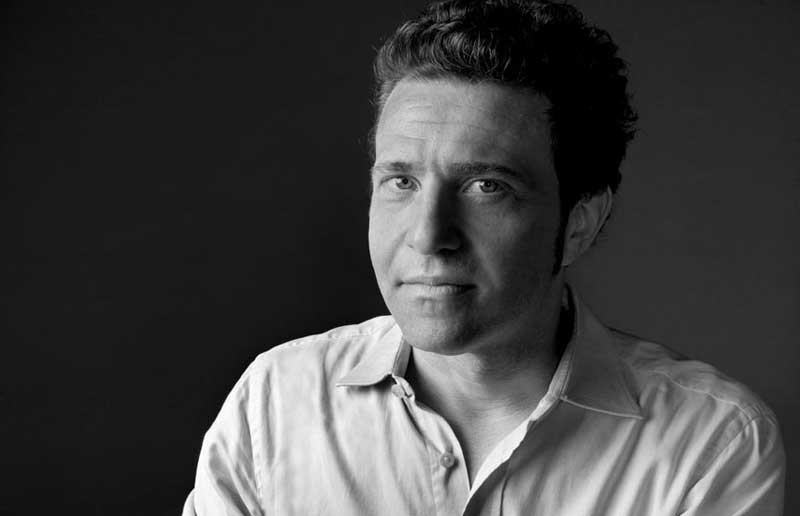 Author David Gordon manages to keep awards and writing in perspective. "When it works, it works," he says. "And when it does, it's this weird and magical thing."

Clearly, Gordon's writing works. His debut book, "The Serialist," is this year's winner of the Cabell first novelist award, which is celebrating its 10th anniversary this year.

Author, National Public Radio literary critic and George Mason University creative writing instructor Alan Cheuse will be the keynote speaker of the First Novelist Festival on Nov. 15, while winner Gordon will read selections the next night in the commons theater.

After collecting a mere 12 submissions for the first award in 2002, De Haven wasn't sure the honor would continue, but VCU alumnus and renowned author David Baldacci funded the award from 2003 to 2007.

"The Cabell Associates and the library saw the opportunity to work alongside the expertise of the English department after Baldacci bowed out in 2008," says VCU librarian John Ulmschneider. "The award is truly a symbol of excellence." Numerous other VCU sponsors have since stepped up, including the English department and the university's honors college.

Gordon says he was surprised by the $5,000 award. "My agent submitted the book, because I work in a bubble," he says from his apartment in Queens, N.Y., "I didn't know it until I received notification that I was a finalist. I thought, 'Gee, great,' but never gave winning a thought."

A lifelong fan of science, crime and horror fiction, Gordon has worked as a screenwriter, ghostwriter, even as an editor for Hustler magazine. He teaches literature and writing courses at New York's Pratt Institute.

"We send letters out to publishers and agents, asking for their best work" explains Susann Cokal, an associate writing professor at VCU. Cokal has two published novels. "The response is very good. What we get is less mainstream and more literary."

"The work has to have enough merit to appeal first to the publisher" says Ulmschneider, which explains why a variety of sources are solicited for submissions. Acknowledging that the publishing industry is changing, De Haven confesses that the proliferation of electronic novels is eventually going to impact the way the contest is administered. "Currently we do not accept e-novels, but that may change," he admits.

Alan Cheuse is equally mindful of industry change. He says that publishing "is going to be more of a team effort between writer, agent and publisher. But the notion of a universal [electronic] library is a happy prospect for the reader."

"The format will never substitute the craft," Ulmschneider says. "An excellent novel is an excellent novel, and junk will always be junk." The VCU librarian gets happily animated when speaking of the future of the first novelist prize. "I am hoping to see the award [grow to] $10,000, even $20,000 in the future," he says. "It is an important goal to invest with the literary community." S

The 2011 Cabell First Novelist Festival is scheduled for Nov. 15 and Nov. 16 at the VCU student commons. Alan Cheuse speaks Nov. 15 at 7 p.m. in the theater, with a panel discussion to follow. Winner David Brooks will speak Nov. 16 at 7 p.m. in the ballroom. The events are free. For information, go to blog.vcu.edu/firstnovelist.