Prince Albert and the Nigerians

The art of the e-mail solicitation; a long lost cousin dies in Africa. 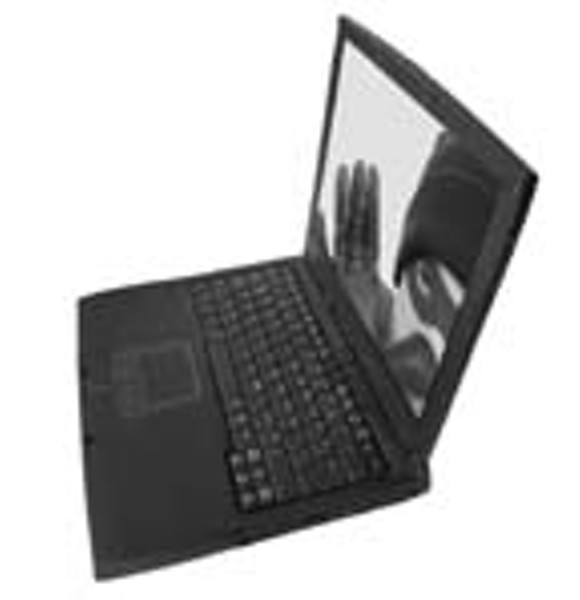 I realize most people delete these things immediately, but I began reading them about a year ago. The various angles used to pitch the deal are creative and at times comical. Tales of woe, promises of wealth and simple goodwill are the common themes, described with a weird mix of formal verbiage and hideous grammar.

I've been hearing from people like Mrs. Franca Mani, Barrister Amil Thomas, James Okuku and Ehiaghe Dupe. Sometimes they say I'm the next of kin of a deceased gazillionaire; others just want me to pretend to be. One even broke the bad news that a "distant cousin," Edwin Cogar, had died "in a tragic auto accident" on the Ivory Coast. The sender apologized for telling me of the death in such a crass way (e-mail!). No offense taken — Edwin and I were not close.

Many letters go into great detail as to why such a large sum is hidden and how the sender wound up as the beneficiary. Amazingly, a number of foreign businessmen have bitten. In recent years some have traveled to Nigeria to close the deal, realized what was up and tried to extract themselves from the scheme only to be murdered, according to the Secret Service. Not surprisingly, several Nigerians have been killed by scam victims.

Rest easy, secret agent men, I will not be flying east to find my fortune, nor will I engage in a popular new sport known as "scambaiting," in which players string the 419 letter writers along. But I will continue to take some sort of twisted delight in the premises of the pitches:

May I use this oppuritunity to introduce myself as Prince Albert the first son of late Prince Rainier of Monaco. Who died on the 5th of April 2005.before my dad death he entrust 54.3oo,ooo (54.3millons dollars) for safe keep in a security company in Switzerland for him to use in the nearest future. unfortunatly his is dead and I will not want the money to be kept like that without any investment purpose. so I am contacting you with full trust that you will not let me down cause I will want to invest the money in your country and I will want you to help in other for me to achive my dreams.

Sorry for bothering you, I am Mrs Vivian Amah ,my husband Mr Manfred Amah was a big farmer and I a housewife though I helped him ocassionally in his work at the farm ,Unfortunately he died two months ago after a protracted illness at the age of 60,during our marriage we had four daughters and no male child ,In this part of African country where we live ,there is this obnoxious culture that makes it impossible for you to inherite your spouse wealth if you have no male child ,

My husbands relations accused me of killing my own husband all in a bid to scare and drive me and my daughters away , I was subjected to all kinds of cultural toture and forced to drink the water used in bathing my late husbands corpse ,as it is beleived that this practice will cause my death if I eventually had a hand in my husbands death ,now my husband has just been buried and already I and my children are facing a serious hard time ,my husbands relations ,have now seized all his valuable properties including cars ,houses,tractors and his entire farm ,we have been locked out of the main house and relegated to a small room at the back of our house which was used as a store ,here we all lie down on ordinary mat on bare floor and as their culture demands ,we are not allowed to bath ,see visitors or even remove the mourning cloth day in day out till after a year .

I had to snick out to come on net to look for help from any God fearing person,from whom God can rescue us so that I can escape abroad with my children ,when my husband was alive ,he loved me so dearly and we were the best of friends and as a result ,he never hid anything from me ,I am aware of monies he left in the bank here and all his properties but all the documents are now with my husbands wicked relations ,I am now powerless ,because I have no money to hire a lawyer to pursue my course and to worsen it ,There is no will before he died ,neither do I have anybody to help me ,but my only hope of survival now is the last money transaction which my husband made before he died which no body in his family knows except me.

You have nothing to fear. I want you to remove anything like fear from your mind. This is the safest business you can ever think of. I will give you more information on how we are going to do this business as soon as I receive your reply showing that you are ready to do the business with me. But please do not discuss this business with anybody, even your best friends until we have finished successfully. — Dr.Paul Osadebe

I am Fransco, the only child of late Mr and Mrs. Pierre my father was a very wealthy cocoa merchantc based in Abidjan , the economic capital of Ivory Coast before he was poisoned to death by his business associates on one of their outing to discuss on a business. when my mother died on the 21st october 1900,

My father took me so special because I am motherless. Before the death of my father on 29th june 2002 in a private hospital here in Abidjan. He secretly called me on his bedside and told me that He has a sum of us$ 6.2,000,000.00 (sis million two hundred thousand u.s.a dollars) left in a suspence account with one of the bank in (cotonou federal Republic of benin).

I want to tell you that I really want to been relationship with you. Though we've not met before now but it take one thing for two to be together in unity and peaceful life, which I will like to confide in you and also visit you as soon as possible. … I will be 25years old by December 17. I weigh 58kg. I am a widow, I lost my husband recently, and I have an inheritance from my late husband. … Then I will prepare to come over to your country we can live as family there. My type of ideal man must be the honest type, caring, loving and forgiving as a devoted Christian. I do hate deceit and cheating in all its ramifications. I do not like a man that goes after everything in skirt. I detest alcoholics For my hobbies: I love listening to good music, reading of magazines,good novels, watching adventure films, swimming, table tennis and indoor games. I love going to holidays.

Age: Our difference in age means nothing to me as long as you love and remain faithful to me. This is my Word. ….

My name is monday please i need a help from i just beg you in the name of god to just send me some money up to $500,000 to my worldpaypal account. S