Preview: What to Expect at the 2017 Jazz Festival at Maymont

Editor's note: This article has been changed to reflect that gold circle seating has been eliminated this year.

In its eighth year, the Richmond Jazz Festival at Maymont is deep into its groove as one of the city’s premier summer events. And it’s not all jazz — the promoters aren’t out to lose money. There’s a healthy mixture of R&B, hip-hop and blues running concurrently on staggered schedules across three stages within easy strolling distance. If you get bored, there’s probably something more interesting nearby. If not, there are plenty of vendors of food, art, wine, clothing and luxury automobiles in the wandering path.

The winning strategy is to bring a chair, stake out territory in front of the stage that you like most and then strike out to see the most tempting acts on other stages.

"Our goal every year is to appeal to a broad audience and bring people from Richmond and beyond together as a community to share this experience," says Frances Burruss, media and marketing manager for Richmond Jazz Festival. 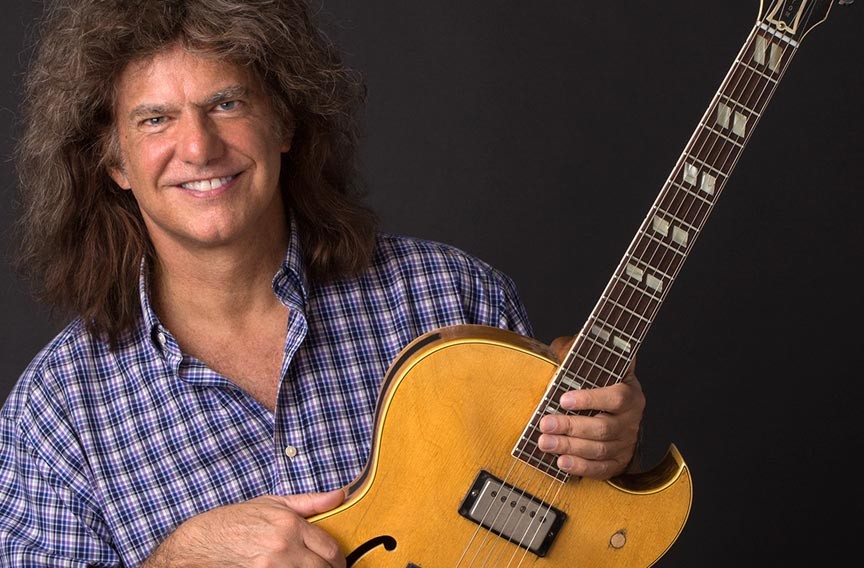 One of the biggest names at the Maymont event, Pat Metheny, goes onto the main stage at 3 p.m. on Saturday. It’s odd timing, but then again, it’s the guitarist’s 63rd birthday, and he’s scheduled to play in Padova, Italy, the next day. The Richmond lineup hasn’t been announced, but Metheny is touring with his impressive longtime drummer, Antonio Sanchez, and breakout bassist Linda May Han Oh — last here with Dave Douglas.

That show is going to be packed, and the rest of the day at the Virginia Is for Lovers stage is strong as well. After Metheny comes TajMo, the wide-ranging collaboration between blues legends Keb Mo and Taj Mahal. After them, it’s 2010 Grammy-winning singer Melanie Fiona — there are a lot of beautiful, powerful, polished female R&B singers on the bill. The Lovers stage evening closes with rapper and actor Common fronting the Richmond Symphony.

If classic analog music is your thing, set your chair up at the Dominion Energy Stage — it tends to get crowded, too. The day opens with the aptly-named Rodney “The Soul Singer” Stith, although the nickname undersells his appeal. Then an RVA soul-funk outfit arrives, Chik’n Grease, and after that Washington-based Secret Society — not to be confused with Darcy James Argue’s New York-based big band with the same name — takes the stage. The evening closes out with R&B diva Jazzmine Sullivan and finally, quintessentially mellow vocalist Peabo Bryson, a great ’70s and ’80s soul singer whose career caught a second wind with vocal duets in the Disney animated features, “Aladdin” and “Beauty and the Beast."

Except for DeFrancesco, stage three on Saturday leans toward pop and conventional jazz. The close, sophisticated harmonies of the Manhattan Transfer have the thankless task of going up against Metheny. The remaining acts, Bob James and Harvey Mason are solid, industry veterans. But on Sunday, for anyone who loves Afro-Cuban music, stage three is again the place to be. It kicks off with Havana-based pianist Harold Lopez-Nussa. He’s followed by Maqueque, the excellent, all-female ensemble assembled by flutist Jane Bunnett. The day closes with Juan De Marcos and the Afro-Cuban Allstars, a band that got its start with the hit album and movie “Buena Vista Social Club.”

In between Cuban highlights, there are palate-cleansing sets from local band Glenroy and Company and David Benoit, an excellent pianist whose work ranges from sophisticated jazz to smooth background music.

Or in the same, non-Cuban time slots, slide over to the Lovers stage for Joey Alexander, a phenomenal 14-year old Indonesian piano prodigy. Seriously. Check him out online. At the same time as Alexander, Billie Holiday-meets-beatbox multi-instrumentalist Butterscotch is at the Dominion Energy stage, setting up a coin-flip choice that is repeated later in the afternoon, when blues guitar wizard Robert Cray on the main stage faces off against bassist Marcus Miller on the Dominion Energy Stage.

There is no one correct path through so many options. On Sunday, it comes down to the Cuban fare on stage three, the R&B singer-heavy lineup on the Dominion Energy stage with Butterscotch, Maysa, Elle Varner or the more varied fare of the Lovers stage with Alexander, smooth jazz guitarist Norman Brown, Cray and a classic festival mash-up of Sly and the Family Stone bassist with smooth jazz saxophonist David Koz.

The evening ends with sets from the Isley Brothers — a hard-rocking soul band venerable enough to have once had Jimi Hendrix as their guitarist, plus Erykah Badu. The latter is a hit-making, socially conscious singer who seems a much more apt and up-to-date of a closer than the blue-eyed soul headliners of the event’s early years. Nothing against Boz Scaggs or Michael McDonald, but they seem more Innsbrook After Hours than jazz festival.

For those who don’t want to allocate the time or the cash ($85 for one day, $160 for two days), there’s an opening $30-event at the Hippodrome on Friday featuring Nathan East, a great, ubiquitous bassist — 2,000 recordings and counting — if relatively unknown. The whole thing kicks off on Thursday with local all-stars the Flavor Project at Hardywood Park Craft Brewery and Newport News bluesman Bobby “Blackhat” Walter’s band at the Virginia Museum of Fine Arts.

No matter which path you choose, you will inevitably miss something. The question is whether to stay at home and miss everything. S