Preview: Virginia Opera Brings Out the Nuances of "Romeo and Juliet" 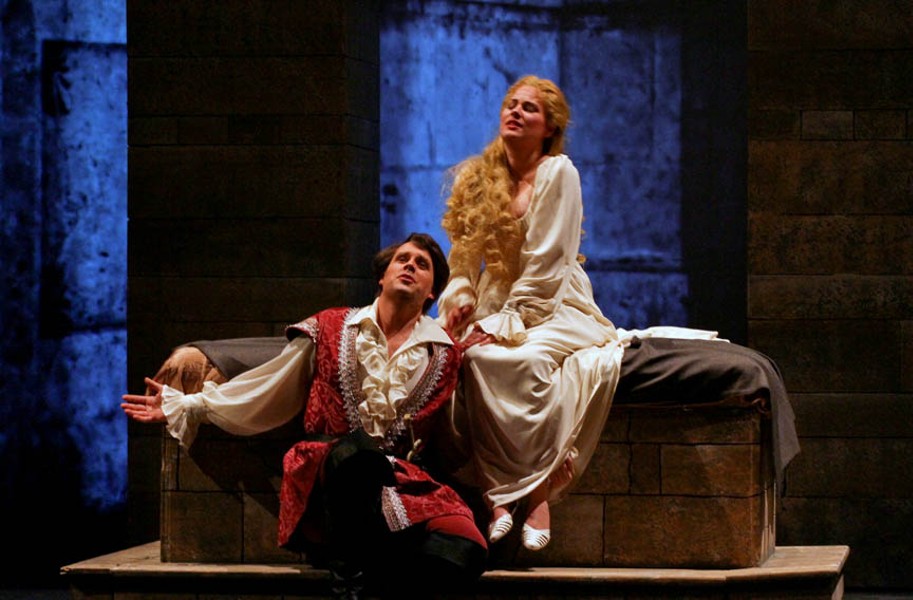 The latest from Virginia Opera features tenor Jonathan Boyd as Romeo and the debut of young Canadian coloratura soprano Marie-Eve Munger as Juliet.

Directing Charles Gounod’s “Roméo et Juliette” for his first time in 1987, Bernard Uzan acknowledged that the casting of opera legend Alfredo Kraus as the male lead didn’t make the most sense. Though the Spanish tenor’s pipes were still in fighting form, he was a late replacement for another singer and looked a little out of place in the role.

“Kraus isn’t exactly a young gentleman anymore,” a Los Angeles Times review said of the San Francisco Opera staging. “A gentleman? Of course. But young? He happens to celebrate his 60th birthday this week.”

In his new Virginia Opera production that comes to town this weekend, Uzan reports that his romantic leads are much closer in age to the teenagers they portray. “Romeo and Juliet really look the part, and they are great singers,” the Tunisian-born director says.

With 408 opera productions and more than 200 plays under his belt as a director, the 70-year-old knows what he’s talking about. This production marks the 16th time he’s directed “Roméo et Juliette.”

But he’s not shying away from unique challenges. Richmond will be the final stop in this production’s tour, which previously visited Charlotte, North Carolina, Toledo, Ohio, and Baltimore, Grand Rapids, Michigan, Norfolk and Fairfax.

“You have a lot of the same cast,” Uzan says. “It’s interesting because you can progress with them every time, you can find new things to do.”

Still, the story of “Romeo and Juliet” remains the same.

“Let me summarize ‘Romeo and Juliet’: Romeo loves Juliet, and Juliet loves Romeo,” Uzan says. “Is there anything more in life that any of us would like to have than this unbelievable love? Of course, we would also alter the ending where they die, but it’s still a beautiful love story.”

Jonathan Boyd, who plays Romeo for the fifth time in his career, says he’s impressed by this opera’s stagecraft.

“This is a beautiful production,” the tenor says. “This is the first time I’ve used the type of lighting and projections that we have on this production, and it really brings a depth and realistic feel.”

Boyd says he appreciates his years-long working relationship with Uzan.

“He comes from the acting world, and he demanded so much from us in a good way,” Boyd says. “He’s also a native French speaker, and [the opera is] in the French language. He brought the nuances out.”

Just like the Shakespeare play that inspired it, this opera lays its scene in fair Verona. At a time where many directors choose to update the settings of classic operas in attempts to make them more relatable or evoke the atmosphere of a different time, Uzan says “Roméo et Juliette” is best in its original setting.

“You don’t need to update something,” Uzan says. “I don’t need to put Romeo and Juliet in 2015 costumes to show that their story is still relevant today. What they say, how they behave, and the love that they feel is eternal — there’s no period for that.

“It could be set in the Roman Empire or on the moon.” S