The Richmond International Film Festival returns this week for its fifth year, with a four-day marathon of 130 short and feature-length films from 25 countries.

The festival, known as the Riff to insiders, is a juried competition, with hundreds of submissions pared down to the selection presented at the festival, which runs March 3-6. Those screened will be up for awards in a ceremony Sunday night, beginning with a red carpet event at 7:15 at the Bow Tie Movieland.

Other special events include the festival’s Friday night music showcase at the Broadberry with local performers including Anousheh, Lamayah Williams and the Tide Rose, among others, preceded by a music video showcase. The festival’s mixer is Saturday at Balliceaux.
Festival founder and director Heather Waters says she decided to add a couple of nonjuried films that were especially important to her, such as “Louder Than Bombs,” which will receive its Richmond premiere and stars local actor Devin Druid, named “breakout star to watch” when the Toronto International Film Festival screened “Bombs” in September.

Waters says it’s nearly impossible to give recommendations out from so many choices playing venues across town, but offers the uniquely shot immigration film “Remittance” and “Madina’s Dream,” a documentary about Sudanese refugees, as two features to look for. Among the shorts, Waters recommends the comedy “Elemental” and “Beverly,” an impactful look at race issues.

It would be impossible to see everything, but below are a few of the highlights and samples of the diverse offerings. Find a complete schedule and trailers at rvafilmfestival.com. 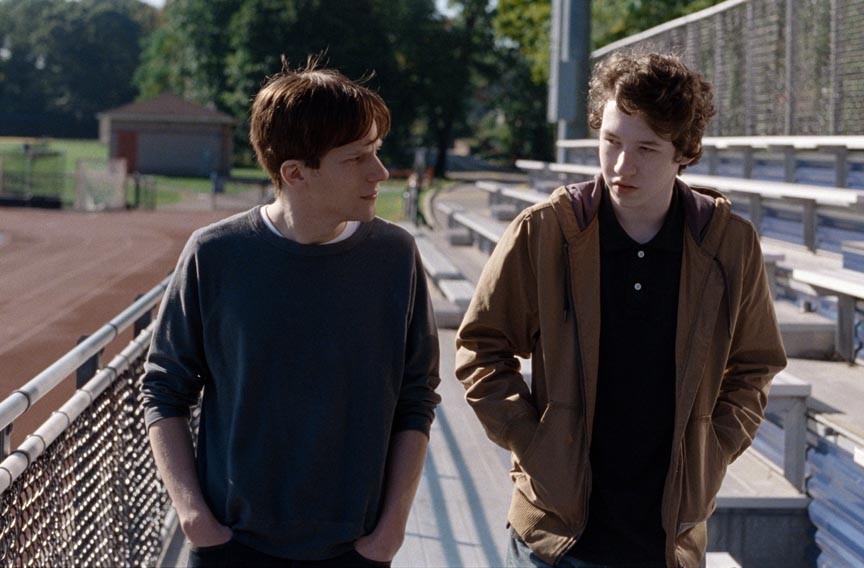 “Almost Holy” — Produced by Terrence Malick (“The Tree of Life”), this Ukrainian documentary confronts the controversial career of a pastor-turned-vigilante known for abducting Ukrainian street kids in order to place them in his drug recovery program. Saturday at Bow Tie Movieland.

“3 Still Standing” — Documentary covers the rise and fall of the vibrant San Francisco comedy club scene in the 1970s and ’80s, which drew names as big as Dana Carvey, Robin Williams and Rob Schneider. But the focus is on three lesser-known comics partially buried in the scene’s crash, and how they emerged to press on in the art form they love. Sunday at Bow Tie Movieland.

“Josephine” — In this Civil War-era drama, a young wife (Alice Coulthard) poses as a man to join the war as a soldier and find her missing husband. Filmed in Halifax County and funded by a Kickstarter campaign, “Josephine” was inspired in part by the stories of an estimated 1,000 women who fought in the Civil War, mostly in the guise of young male soldiers.

“Coming through the Rye” — Woodberry Forest School in Madison County stands in for the fictional Crampton Prep in this drama about a 1969 boarding school student (Alex Wolff) who runs off to find the elusive J.D. Salinger, finding himself on the road with a young townie (Stephania Owen) in search of his favorite author. The story is inspired by events in the life of the filmmaker, James Sadwith, a longtime director who won a 1992 Emmy for the television miniseries “Sinatra.”

“On the Wing” — Family drama about the son (Brennon Tolbert) of a senator and big-oil heir (Corbin Bernsen) who takes on environmental issues with his high-school friends was shot in part at St. Joseph’s Villa, the State Capitol and rural farm country north of Richmond. Waters says the filmmakers submitted the script to the festival two years ago and the positive feedback they received helped get the project off the ground.

“Romeo Is Bleeding” — In this doc, high-school students in Richmond, California, create a Shakespeare adaptation as a means to express their concerns and frustrations with violence in their community. Friday at the Bow Tie Criterion.

“India’s Daughter” — BBC documentary covers the infamous 2012 Delhi rape case in which a 23-year-old female physiotherapy intern was gang raped and beaten on her way home from a movie with her boyfriend. The incident provoked widespread outrage and controversy, covered by the doc and which followed it into release. Saturday at the Bow Tie Criterion.

“Victor” — Director Brandon Dickerson’s tale of star-crossed lovers from different backgrounds casts a new light on 1960s New York in a based-on-a-true story account of a young Puerto Rican migrant to Brooklyn, who must overcome poverty and prejudice to form a new life. Sunday at the Byrd. S