Preview: Susan Worsham's Photography Exhibit "By the Grace of God" at Candela Gallery 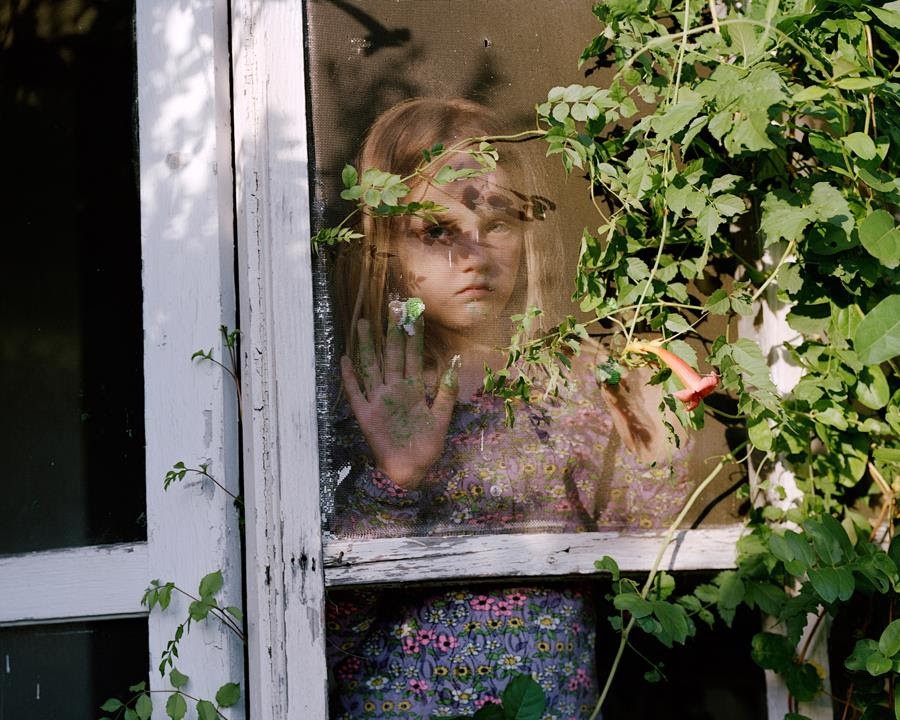 Shortly before Christmas, Susan Worsham wants to share the last bit of summer in her backyard.

In the late-afternoon sun, she instructs a visitor to tread lightly in damp grass full of doggie mines. She lifts the dark cloth of her large-format camera to reveal her focus on a bright red cherry tomato glistening on the vine among an overgrowth of shoulder-high, dying pokeweed. The upside-down image in the lens is breathtaking, not only for its evocative composition but also because she noticed it at all.

“It’s the seeing for me that’s the extraordinary part, the gift I feel lucky to have,” she says. “Sometimes people don’t see the beauty around them until you show it to them in a picture. My images become my proof that beauty exists even in the most unlikely places.”

Her new show at Candela Books and Gallery, “By the Grace of God,” gathers six years’ worth of photographs taken in between waiting tables. They reflect Worsham’s ability to find the most extraordinary light at any given moment and capture it in a way that references her roots.

After sharing photographs she took during a month-long artist residency at Light Work in Syracuse, New York, in 2010, everyone agreed that she made Syracuse look like the South. “That’s where I first realized that I bring home with me wherever I go,” she says. “I look for myself in the landscape and things that remind me of home.”

After spotting a location that suits her eye, she waits for the intended subject to inhabit it, approaching strangers when prudent.

That’s how she was able to produce a timeless image of an older woman in a spring green dress next to a puddle, bags in hand, set against a striking background of red columns and a dark green curtain of kudzu -- “If the South is the birthday cake, kudzu is the icing,” she says.

It was the columns that originally caught Worhsam’s eye. She waited, but the shot wasn’t there. A sudden rainsquall had her tossing her equipment inside the car. But while she was backing out, she spotted the woman and asked if she was available to pose, secretly hoping she’d say no.

“She told me she had all the time in the world and I knew this was it. When I asked her what she was doing, she said she was delivering wedding gifts. Of course you are, because that makes my photograph even more special,” she recalls, laughing. But what she responded to was the familiarity of a woman who resembled people from her childhood.

The Danville Museum invited her to participate in a group show with Emmet Gowin and his son Elijah in 2011 -- significant because the elder Gowin had taken some of the first photographs she’d seen in class at Virginia Commonwealth University.

“The night of the show, I called myself the waitress among academics because all the other photographers were teachers and professors of photography,” she says. “It was my first Cinderella moment.”

Another one was when the Virginia Museum of Fine Arts recently bought her 2009 photograph, “Marine, Hotel near Airport, Richmond, Virginia.”

Her place in the modern photography canon was cemented in 2012 when Oxford American Magazine named her one of its 100 Under 100: The New Superstars of Southern Art. It was news to Worsham, who never considered herself a Southern artist. What she’d always been was an artist who waited tables to support her art. She still works at l’Opossum.

During a slow period in 2014 with no money for film, fellow photographer Brian Ulrich offered to lend her some -- until it turned out that he couldn’t spare the film.

“I remember saying one day I’d get a grant and not have to worry about film,” she recalls, “and he said if only you were over 40, you could apply for the Franz and Virginia Bader Fund.” Indeed, she was old enough and immediately went home to investigate, discovering she had one week to get a proposal together. The grant of $20,000 allowed her to move the milk and eggs aside, fill her refrigerator with film and head to Mississippi.

“I remember writing in my grant proposal that when I look back over my résumé,” she says, “I can’t believe that I have accomplished what I have on what’s left over after paying bills with my waitressing tips.”