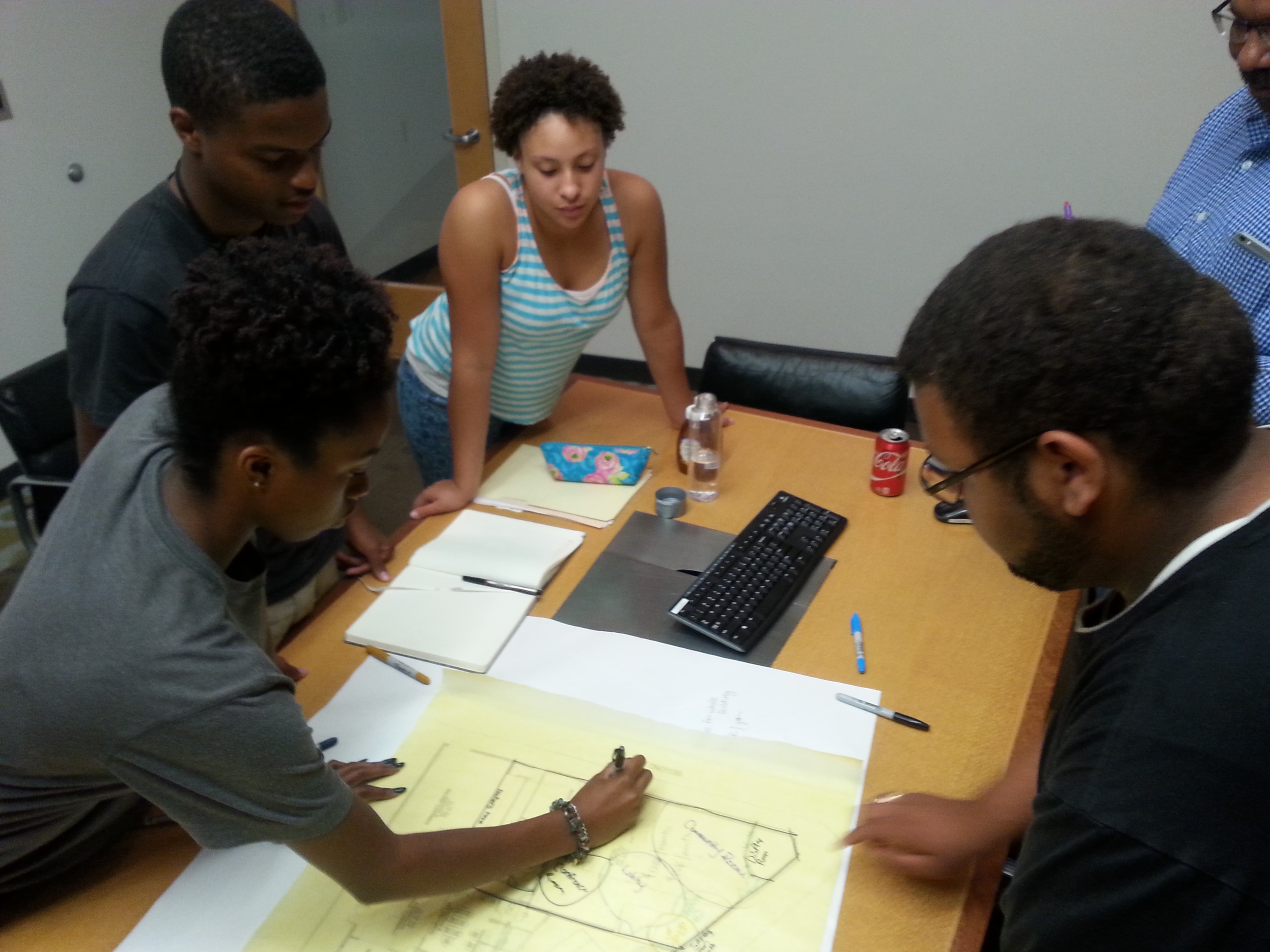 If you want to get a look at some innovative nonprofits working in Richmond, stop by the grand opening of Six Points Innovation Center at 3001 Meadowbridge Road in Highland Park from 6 to 8 p.m. Tuesday, June 6.

Known as 6PIC for short, the renovated building owned by Boaz and Ruth is offering a fully programmed center for neighborhood youth to have access to arts classes, urban ecology, education assistance, public media, public history and advocacy. The 4,000-square-foot building is now a hub for nonprofits with Storefront for Community Design, Groundwork RVA and Saving Our Youth all opening full-time offices there. Also, Art 180 will be conducting programming.

The center focuses on high school students -- right now they have teens from almost all the public schools in Richmond including John Marshall, Armstrong, Richmond Community and Huguenot, organizers say.

“We really want to have this be a place that brings agency back to the youth,” says Ryan Rinn, executive director of Storefront for Community Design. He explains that each organization in the building will elect its own representatives from high school students to serve on a youth council called the Changemakers. Each of these youth will look at how the space is run and will have discretionary authority over a budget to do projects in the community.

“They’ll deliberate, plan and implement projects out of this space as a collective,” he says. “We think not telling them what they have to do, and allowing them funding, will hopefully lead to empowerment in Highland Park, and allow them to be leaders of the future and see the community they want to live in.”

The group received a $125,000 community innovation grant from the Robins Foundation in 2015 to get the space up and running. it has several more grants out now to raise money for the discretionary budget, Rinn says, and it will also raise money toward the collective.

Rinn notes that not only will 6PIC help kids, but the nonprofits involved can now share resources while focusing on a specific community that really needs them.

A video from the project, which you can watch below, notes that 30 percent of the African-American majority in Highland Park lives below the poverty line and more than 2,000 youth younger than 19 live in the area.

At the grand opening, all of the organizations involved will be on hand to talk about what they do and their vision for the space. Other partner organizations include Boaz and Ruth, the Virginia Local Initiatives Support Corp., and the Community Preservation and Development Corp.

Beginning June 7, 6PIC will be open to the public from Mondays through Fridays from 9 a.m. to 5 p.m. Homework assistance will be offered between 3 and 5 p.m. for two to three days a week and afterhours and weekend operations will be specific to youth programming and events.

We’ll have more about this project after the grand opening.