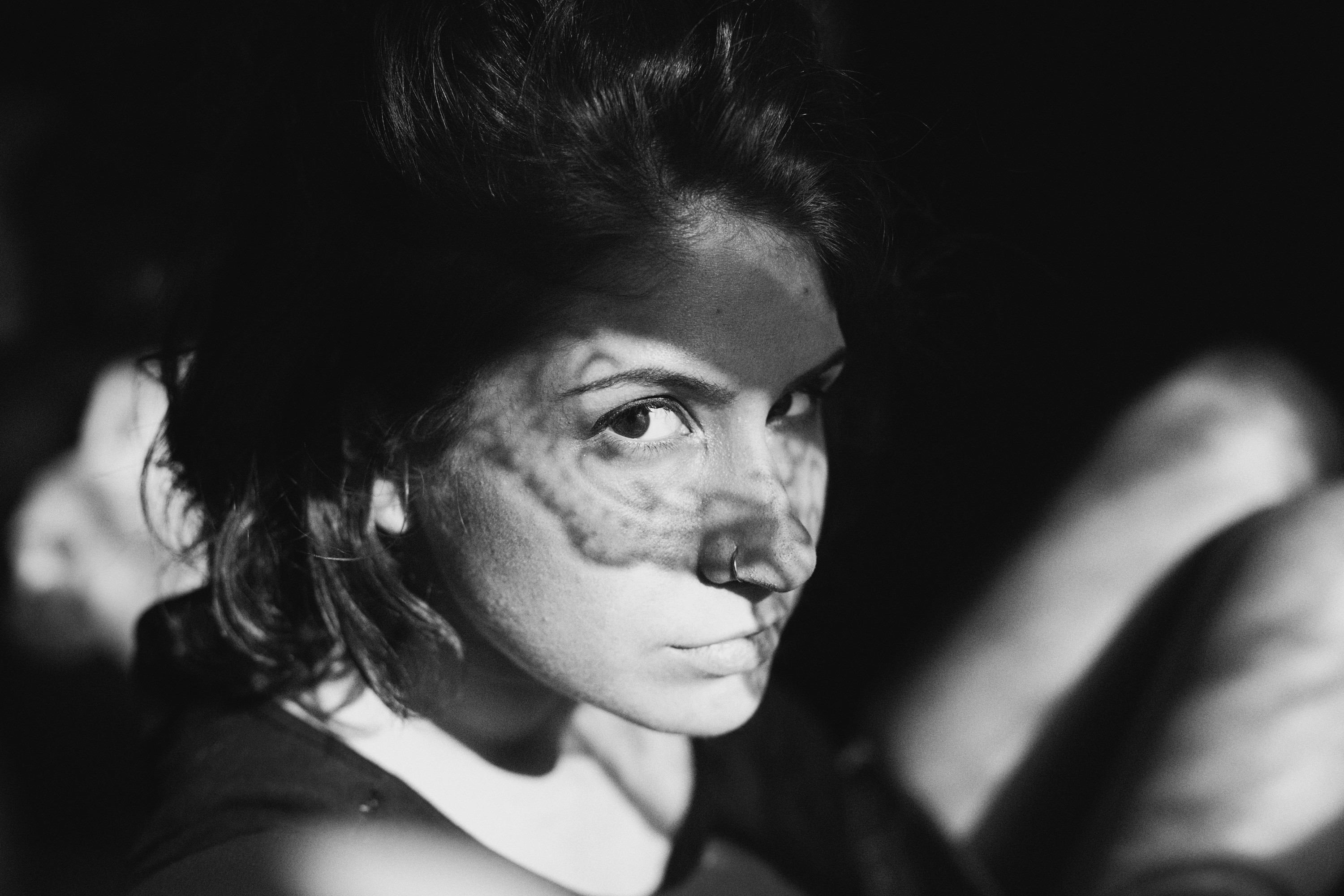 Over the course of the four-track ‘For Avery’ EP, Richmond singer and songwriter Sammi Lanzetta battles stereotypes, rampant insecurity and the endlessly relatable emotion of creative inadequacy.

At 21, the Northern Virginia native has faced struggles: her parents’ divorce, high school bullying, changing hometowns. Like many of us, she’s underemployed and has been thrust into adulthood and a system that promotes competitiveness over empathy.

“People my age make me nervous,” she sings on the catchy rocker “Anxiety Olympics.” “I went off my medication, now I’m afraid of interaction/Wish I could control the things that I think/I talk too much and I’m scared of everything.”

With her sultry vocals, Lanzetta has been earning fans locally for a few years now. She first broke onto the scene with the cleverly named Venus Guytrap. She and friends Greg Rosenburg and Gillian Dykes formed that band after watching local heroes and weirdos Toxic Moxie rock the stage at the former house show venue, Our House.

Venus Guytrap made waves thanks to Rosenburg and Gillian’s musical talent and Lanzetta’s powerful vocals. The band featured prog guitar riffs and controversial subjects including alcohol abuse, sexism and the treatment of women at local venues. However, busy schedules and the dream of a record contract took its toll.

Lanzetta never intended to become a diva, she says, but realized that tour scheduling with Venus Guytrap was too complicated and began to shift resources to her own project. “It was just going to be a fun band. But the more I did [Venus Guytrap], the more I realized I could make a career out of it,” she says. “It was so much fun -- Greg, Gillian and I jamming out and then me going home and writing lyrics.”

After the breakup, she connected with other musicians willing to give their time to help her out. Early last year, she pieced together her first demo track, “House Plants,” a screamer of a ballad that cheerfully compares her own aspirations to the burden of keeping something as simple as a window fern alive.

She gigged, time passed, and she won some free studio time at Virginia Moonwalker Studios in Mechanicsville. She linked up with Caleb Knight (Young Scum, Bonus Roll) and Tommy Crisafulli (Imaginary Sons) and the three spent a few days piecing together what would later become “For Avery.”

They prepared to release the record in early 2017, but a conversation with local Jet Trials Music promoter Jameson Babbowski sent them in search of promotional help instead. A few beers and a few more emails later, Lanzetta had a meeting with 6131 Records, a regional label that has signed a number of bands that went on to find larger success.

“It seemed like a no-brainer,” says James Goodson, a project manager at 6131. Lanzetta’s voice helps her stand out in today’s saturated music market, he says. “It’s always really exciting to help introduce an artist to the public and especially one who already has such a unique and developed voice.”

While her voice has dynamic range, it’s the message in Lanzetta’s songs that will likely help her rise above the crowd. The title track, “For Avery,” for example, was inspired by a friend trying to find strong, female-fronted bands for his niece. The song is an inspiration for any young girl who’s been told to stay in her lane. “[You] do you, fuck the haters,” Lanzetta says. “[These are] things I know I wish I could have heard when I was 13.”

The singer is hard at work with 6131on a full-length release, and you can expect more powerful, rock-pop lullabies -- and if “Anxiety Olympics” is any indication, a breakthrough single could be in the making. But first she’s hitting the road this fall supporting New York-based pop duo Diet Cig.

“For Avery” dropped last week. You can find it at sammilanzetta.bandcamp.com. Sammi Lanzeta’s record release show is on Thursday, Oct. 12 at 9 p.m. at the Camel. $7-$10.