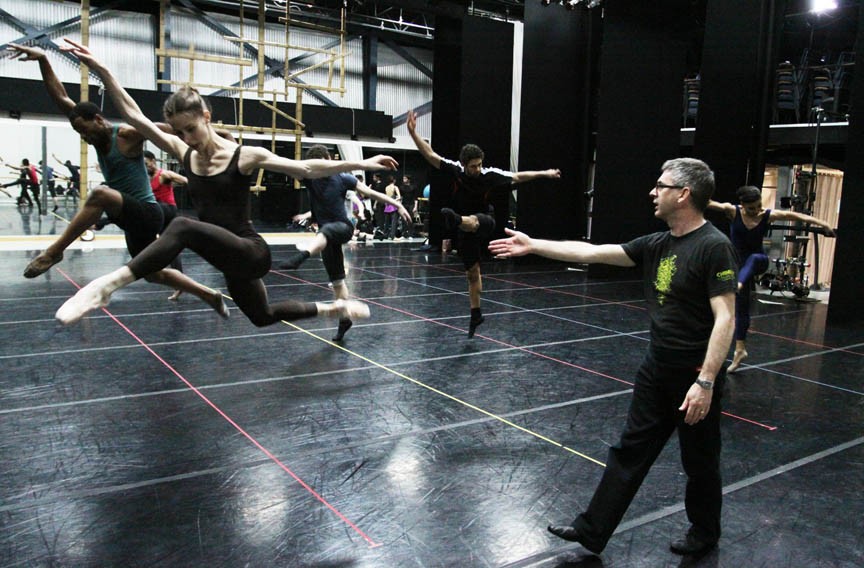 Like almost every dance company these days, the Ballet is setting their sights on the generation saddled by student debt and a love of the arts: millennials.

Sure, it's a classical art form. But ballet’s evolution beyond the traditional into something completely contemporary using shape-shifting works also is a commentary on the modern world.

Look no further than Richmond Ballet’s Studio 3 series for proof. Seeking a pairing with the groundbreaking “The Rite of Spring,” the Ballet commissioned Mark Annear of London’s Royal Ballet School to create a work that would follow the pounding score and ritualistic dancing of the once-controversial 1913 ballet. <>The post-modern result is “City Life.”

Taking his inspiration from Steve Reich’s minimalist 1995 composition of the same name, Annear’s piece speaks to a younger, dominantly techie audience, without dumbing down the art form. Choreographed for ten dancers, the work is bold, highly technical and astounding to watch for its sheer energy.

“Certainly, as a dancer, I would have loved to dance to this music,” Annear says. “But I think it would be too tiring. My choreography has never been known to be easy.”

Watching a rehearsal of “City Life,” the viewer is struck by the dancers’ stamina, energy and commitment to using their bodies to the fullest, pushing themselves physically with every Australian-accented suggestion the choreographer throws out.

Reich’s score was the starting point for Annear’s inspiration. Hearing the piece 18 years ago in concert in Melbourne, he was immediately struck by what an exciting dance work could be imagined given the music’s rhythm and excitement.

“What he does is use sound as an instrument,” Annear explains of the inspiration for his 53rd dance work in 30 years. “The slam of a door becomes a bit of percussion. Some of the short word phrases spin off the actual melody.”

Using his passion for the fast-paced energy of city living in Melbourne, London and even his stay in Richmond – “Your Federal Reserve building is wonderful. It’s been in my sights since I got here” - Annear created an abstract dance work with myriad stepping-off points.

Even the squared-off patterns of city living are echoed, with dancers making grid-like patterns onstage as if hewing to city streets. “There’s only one circular pattern in the whole piece,” he says.

Speaking to the attire of city dwellers, Annear wanted costume designer Emily DeAngelis to turn everyday clothing into dance costumes. The challenge was that city life often requires layers and dancers are far too active for anything but minimal covering.

“I thought of details in a graphic way,” DeAngelis says. “The twill accents and mix of textures are like architectural details on the Chrysler building.”

Using a black, white and gray palette, she crafted costumes that read as street clothes, with Spandex jeans and jorts for the men and edgy, layered-looking ensembles that reflect the personalities of the five women, from Peter Pan collars to bustiers.

Proof positive that if your perception of ballet is stuffy, elitist and boring, it’s time to get over yourself.