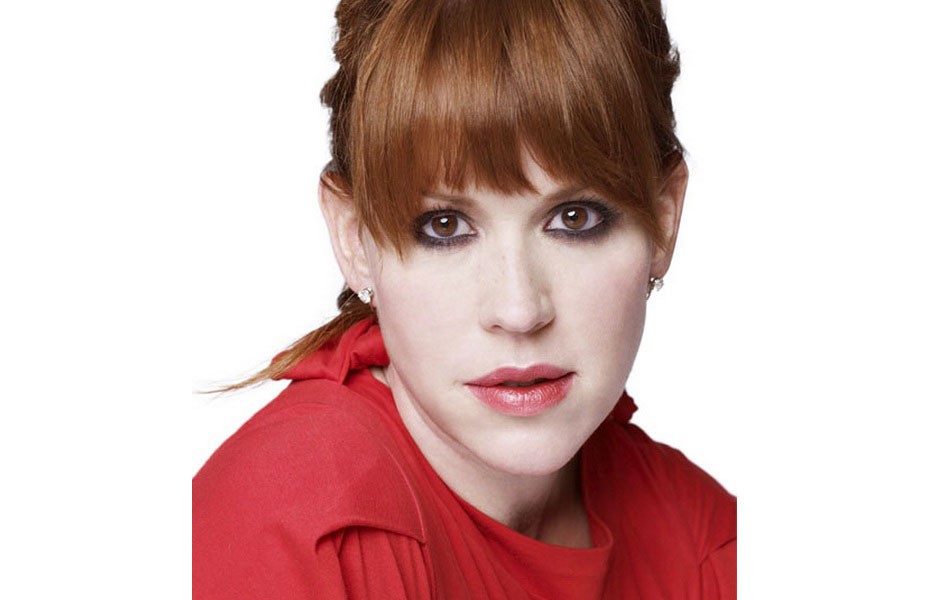 Every article ever written about Molly Ringwald starts by mentioning her ‘80s teen movies: “Sixteen Candles,” “The Breakfast Club,” “Pretty in Pink.”

There, that’s out of the way.

While those John Hughes films are still aired non-stop on cable television – Ringwald, now 45, has long since proven she was no one-decade wonder. Instead she’s become a triple threat – still acting on television, writing a national best-selling book (“When It Happens To You”), and more recently, releasing her own competent album of jazz standards, “Except Sometimes” (Concord).

Ringwald, the youngest daughter of blind jazz pianist Robert Ringwald, considers jazz music her “comfort food,” and legitimately seems to enjoy singing more than all her other pursuits -- she'll tell you as much.

She’s already performed her new album at Richmond Centerstage's Gottwald Playhouse last February, one of the first gigs of her mostly American Songbook material. Now the sultry, velvety-voiced singer is back for four more nights at the same venue just before Christmas using the same trio.

Style Weekly caught up with her by phone to see what keeps bringing her back to Richmond.

Style: So did you get to see much of Richmond last February? I heard you ate at my old college housemate’s restaurant, Pasture.

Ringwald: I did, I’m excited to come back. Richmond has a great food scene. Yeah we went there [to Pasture] a couple times. It’s the first time I got hooked on Pappy Van Winkle bourbon. Never had it before, never drank bourbon or anything, and it was offered to me. Tried it, loved it, and then I found out it's impossible to get. It’s actually from Kentucky.

I’m sure if they read this, someone will provide you with your own bottle.

Yeah [laughs]. I should put it in my rider.

Who will you be playing with?

I’ll be with the same people as before – in Richmond I was with pianist Peter Smith and [bassist] Gary Wang. Same people you saw me with last time. There might be a couple holiday songs thrown in there – and stuff from the album and stuff we’re working on.

Do you have a favorite Christmas album?

I think you can’t go wrong with Frank Sinatra. I usually will put on Pandora or Spotify and listen to jazz Christmas. Or Nat King Cole.

Is it tough to be touring at Christmas time away from family? I know you have young kids, did you get your shopping done early?

[Laughs] No, I haven’t started yet. I’m kind of a last minuter with stuff like that. But I’ll be home for Christmas. It’s a short tour, so.

Are your kids musically inclined?

My daughter was taking piano, and my son seems to be very musically inclined but I haven’t started him on anything yet. He’s just four. I’ve been pushing the trumpet a little bit. He got a toy one, and he looks so good. That’s really all that matters [laughs].

What did your dad think of the record?

He’s the only one I played stuff for as it went along. He was just really happy. I dedicated the album to him. He had been waiting a long time for me to come back to jazz. I still perform with him, but he’s very old timey, traditional, Louis Armstrong, Dixieland – which is different from what I do . . . He still gigs more than I do.

Crispin Glover was in town the other night.

[We discuss what he was doing here.] He’s a really interesting guy. I remember doing a screen test with him and Judd Nelson before “Breakfast Club.” None of us got the part, it was for some terrible movie. But I always remember doing the audition with him, because he was sooo interesting. He didn’t stick to the script, he just improvised everything. I’ve always wanted to meet him again.

People -- and online media -- are always tweeting when celebs are out locally. You were famous before all this social media started. What’s it like from your perspective, is it more invasive?

Oh yeah, definitely. I mean I don’t think there’s anything that can be done about it. It’s only going to get more so. It’s really like “1984,” or big brother, only we’ve brought it on ourselves. If people really stepped back and thought, ‘Is this the world we want to live in?” – I think they’d say no.

I’m constantly turning off location services, I find them really creepy. But unfortunately you need them for some things, like GPS, etc.

The hardest thing I think is explaining why, to your kids, you need to preserve some aspect or element of privacy. That doesn’t really exist for our kids. It’s always been important to me, more than the average person, due to living in the public eye. It’s a hard concept. My daughter the other day just found out Google didn’t exist for [you or I] when growing up. She wanted to know how we were able to find out about anything. ...

You know, when I’m going out, it’s not all that exciting. I’m not doing anything that covert.