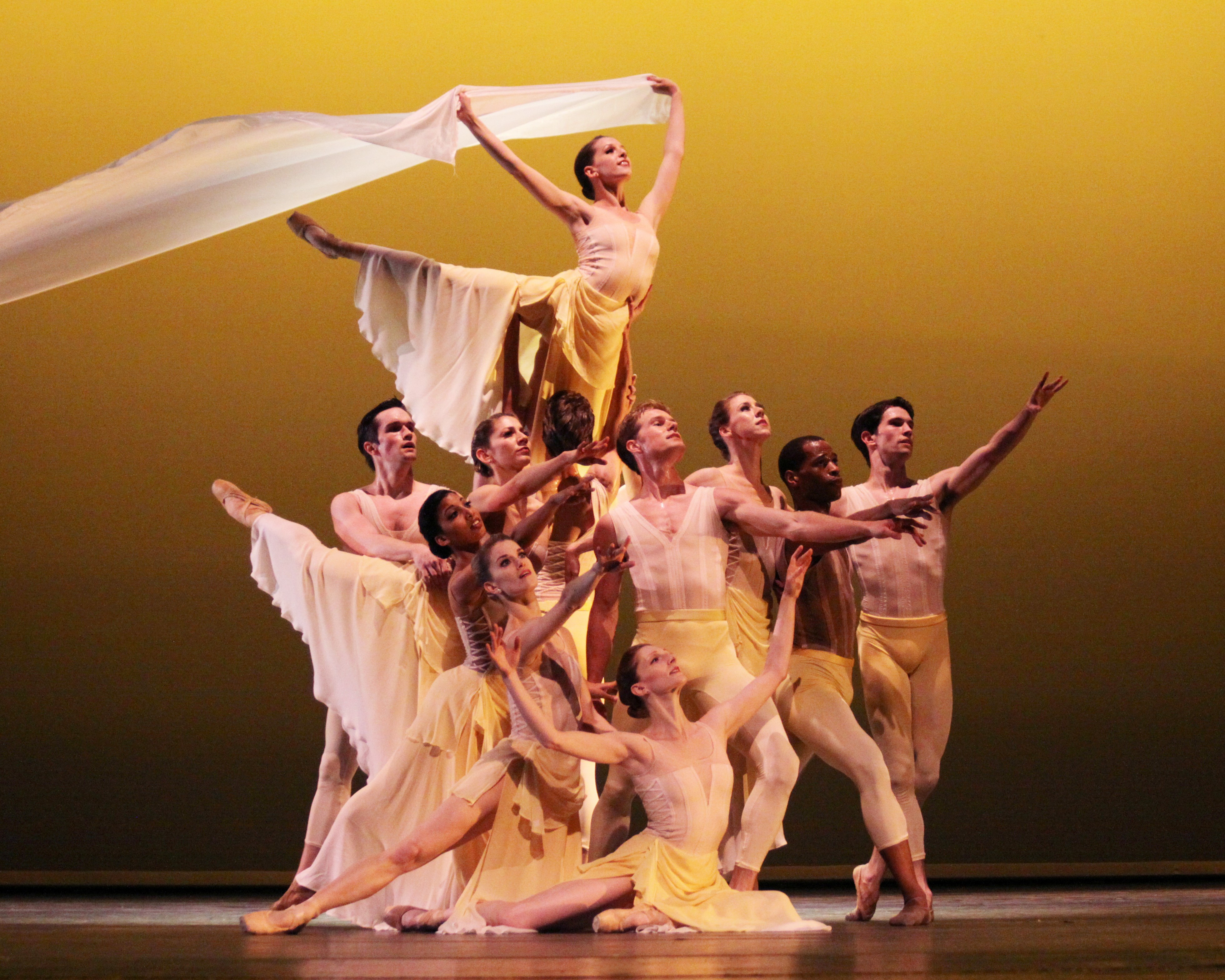 “Am I wearing pointe shoes or pumps?” asks Valerie Tellmann-Henning a few days before the opening of the Richmond Ballet’s New York Joyce Preview, in which she’ll be taking her final bow as a company dancer after 16 years. Well might she ask, since she’s already begun moonlighting in her new role at the ballet as public relations and content manager, which she’ll take on full time starting May 23.

“I’m excited to sell the ballet differently,” she says. “I’m so used to doing it in pointe shoes, from the stage.”

Now she gets to talk to people and share her excitement about ballet from a place of deep knowledge and experience. Over the years, Tellmann-Henning has often found herself in front of a camera or microphone, speaking on behalf of the Richmond Ballet, so this new role feels natural to her.

“When I first joined the company back in 2000, Jennifer McKenzie [then its marketing director] noticed I like to talk a lot,” she says, laughing. “She coached me on the etiquette of speaking on TV, interviews, radio, etc. My personality is not very shy," she adds.

Despite her excitement about this transition, right now “it’s a lot of juggling,” says Tellmann-Henning as she begins to pick up marketing responsibilities while still rehearsing in preparation for the final weeks of the season. “As dancers, we’re always groomed to do things 100 percent and we strive for perfection,” she says. “I feel torn, trying to negotiate both roles.”

After the New York performances, Tellmann-Henning and her husband, company dancer Kirk Henning, will take a week’s vacation to decompress before she starts full-time marketing work. Henning is also retiring and plans to complete his undergraduate degree in computer science before moving into the next phase of his career.

Longtime company dancer Thomas Ragland, who has been there for 18 years, is also leaving the company to pursue new avenues in dance performance.

This week’s New York Joyce Preview performance will give Richmond audiences a chance to say goodbye to all three dancers. The program showcases the company’s versatility, says Tellmann-Henning, and consists of works made specifically for Richmond Ballet, including Ma Cong’s “Lift the Fallen.”

“Out of all my 16 years at RB,” says Tellmann-Henning, “I think ‘Lift the Fallen’ is one of my favorite ballets, and I’m dancing in the role I created. I’m performing with one of the newest company dancers, Mate Szentes, so it’s come full circle. The dance has a lot of abandon to it, and I’m looking forward to it,” she says, although teaching her role to her understudy, Abi Goldstein, “was bittersweet.”

Tellmann-Henning looks forward to both her final performances and her new role with relish, however. Of leaving the stage, she says, “In my mind I like to think I’ll look back on the whole picture -- and not just the last show.”