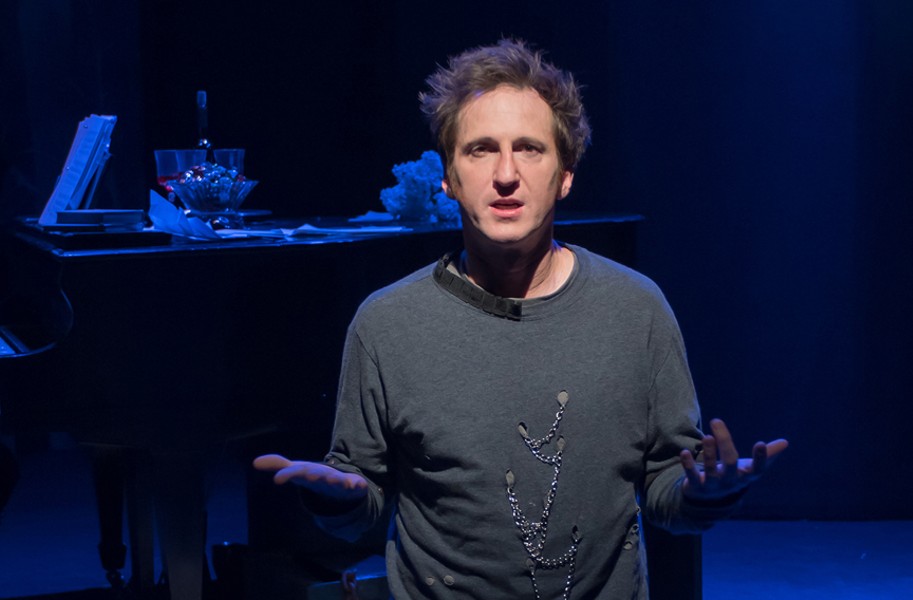 Under rehearsed and poorly conducted, the premiere of Sergei Rachmaninoff’s Symphony No. 1 in 1897 wasn’t exactly the success that the composer had hoped for.

In fact, it was an outright disaster, with one critic comparing it to the 10 plagues of Egypt. Even worse, Rachmaninoff didn’t care for the performance of his work, and fell into a depression that would last for three years.

Miserable and unable to compose, Rachmaninoff eventually crawled out of his depression through hypnotherapy and psychotherapy, composing his first complete work in years in 1901. He would go on to create some of the most popular works in the romantic repertoire.

Rachmaninoff’s writer’s block and road to recovery is the subject of “Preludes,” a “musical fantasia set in the hypnotized mind of Sergei Rachmaninoff” that takes the stage this week at the Firehouse Theatre. Written by Dave Malloy, the creative force behind “Natasha, Pierre and the Great Comet of 1812,” “Preludes” similarly jumps through an eclectic mix of musical styles, including folk, classical and electropop.

Though this is the first regional production of the show in America since it premiered at Lincoln Center in 2015, it’s not for lack of admirers. New York Times critic Ben Brantley compared it to “Hamilton” and “Fun Home,” saying that “the American musical is not only not dead but also growing luxuriantly in places you never expected.”

Curiously, this eclectic musical features two Rachmaninoffs, who are either two sides of the same man or two different people.

“It’s the meshing of two worlds,” explains Billy Christopher Maupin, director of Firehouse’s production. “It’s the famous Rachmaninoff of 1900 and it’s the story of a contemporary guy named Rach who also happens to be a composer.”

P.J. Freebourn, who portrays Rachmaninoff’s modern counterpart Rach, believes there’s a universality in the composer’s story that audiences will enjoy.

As Rachmaninoff undergoes hypnotherapy in the show, the audience is taken on a bizarre journey through the fragments of his mind.

“It’s his memories of all these events that happened to him,” Maupin says. “Memory is foggy at best and spotty and erratic, so the play is that way.”

One of the production’s biggest challenges was finding a cast up to the demands of the musical. In their audition call, Maupin and music director Susan Randolph Braden requested actors prepare to perform in both contemporary musical theater and classical styles.

“You’ve got to have chops on both sides of the aisle to handle the musical styles in this,” Randolph Braden says. Even casting Rachmaninoff was a challenge due to the difficulty of his piano parts. Luckily for the Firehouse, local actor Travis West is a classically trained pianist with the chops for the role.

“Because of the size of this man’s hands it’s almost impossible to play [Rachmaninoff] unless you were a basketball player to … have the kind of reach that he has,” Randolph Braden says.

Other cast members also have their work cut out for them musically; at some point in the show, nearly every member of the cast plays either piano or synthesizer.

For all its challenges, Randolph Braden believes “Preludes” will wow audiences.

“It’s groundbreaking, it’s difficult, but the cast that we have is absolutely stellar,” Randolph Braden says. “I think that Richmond’s really going to be shocked but impressed by this.”