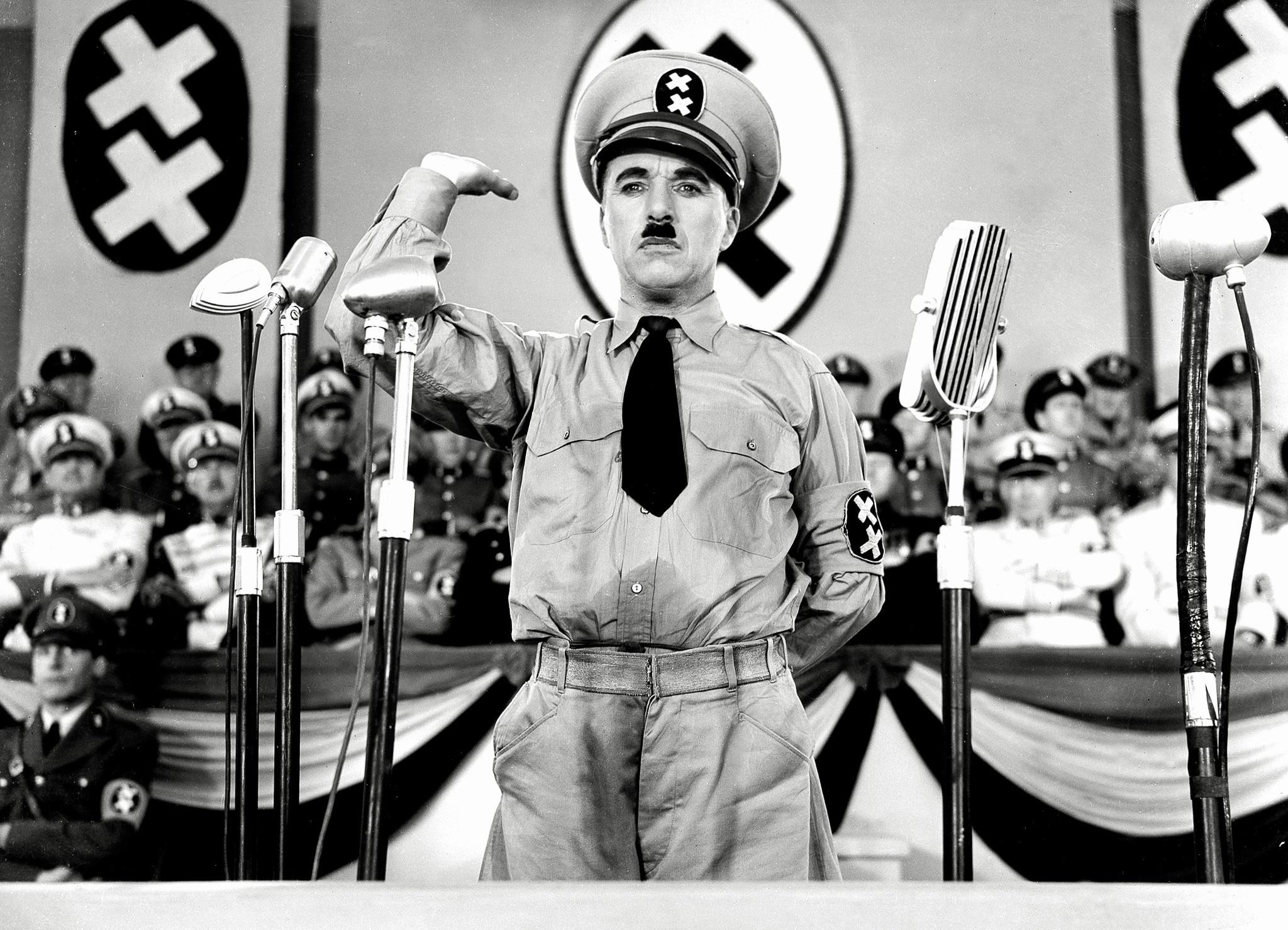 If misery loves company, the Bijou is the place for film fans to be pre and post-inauguration.

Curated to coincide with the pain of a Trump inaugural, a mini-film fest, “Facing Fascism: Time Capsules,” will screen four films – time capsules – to educate viewers on the ways fascism spread, how people coped with it and why it was worthy of laughter.

“This festival is a way to give people who are not happy about a Trump presidency something to look forward to during a depressing time,” says Bijou’s co-founder Terry Rea, who acknowledges that the local arts crowd is feeling bewildered and disturbed. “Frankly, it puts us in a role I’m very happy about.”

That role puts the Bijou squarely at the intersection of arts and politics and only a degree or two removed from actress Meryl Streep’s denunciation of Trump at the recent Golden Globe Award presentation. Curated with an eye to uplifting spirits and showcasing award-winning films, the two weekends offer an unprecedented opportunity to see some of the finest political films of the 20th century.

Kicking off the festival in the manner of scores of past protests will be local musician Susan Greenbaum in the classic Pete Seeger role of leading a group sing-a-long to “This Land is Your Land” to reinforce a mood of shared affirmation. That takes place Jan. 19 before the 6:20 p.m. screening of "The Great Dictator," a cinematic mocking of Hitler released nine months before the U.S. entered WWII and culminates with Charlie Chaplin’s famous speech.

“That speech he does, that’s the time capsule,” Rea insists of the laugh-worthy political satire. “That’s Chaplin telling us this is going to happen again. I tell you, all four of these filmmakers knew they were making films that would be seen many years later, knew these would be time capsules.”

Also on the bill is Fellini’s “Amarcord,” a whimsical, amusing and somewhat fanciful take on what it was like to grow up in a small Italian port during the era of fascist rule in Italy leading up to WWII, fashioned by a master filmmaker in what is considered to be his most accessible film.

“This is a film that showed that life in the village goes on, which is a message we all could use right now,” says Rea.

Addressing the subject of suppression of the media and too many generals in governmental roles, Costa-Gavras’ masterpiece “Z” has personal resonance for Rea, who recalls seeing it at Richmond’s Capitol Theatre in 1969 and being swayed by the man considered to be the best political filmmaker of the century. “I walked out of there ready to join the revolution!”

Louis Malle’s exquisite “Lacombe, Lucien” lays out the case for fascism being a style, whether black leather jackets, high fade haircuts or a way of carrying oneself, with massive appeal to those who know little about politics. It’s a film that reveals how seductive fascism was in Europe during the ‘20s and '30s to the ignorant and angry, namely those who saw themselves as being looked down upon by their countrymen who were better educated and better off. Sound familiar?

All four movies were quite popular in their day, yet still feel relevant in 2017 with messages that speak to old and young film lovers alike. In an effort to reach younger viewers and encourage them to see classic award-winning movies, the curated festival is being promoted to teachers and students with a reduced cost for the latter.

“I’m seeing a melancholia among friends,” Rea says, suggesting that instead of sitting at home in the dark watching TV and feeling depressed, the Bijou is offering a chance to communally experience outstanding films that have stood the test of time in a public place with like-minded people.

Trump supporters are welcome. “And apolitical people can come,” Rea insists. “You don’t have to show your liberal card at the door. This may be our oblique way of mocking politics and people who voted for Trump, but for anyone who loves great films, this is a chance to watch them with others who love great films.”

Not to mention a welcome distraction from the real world.