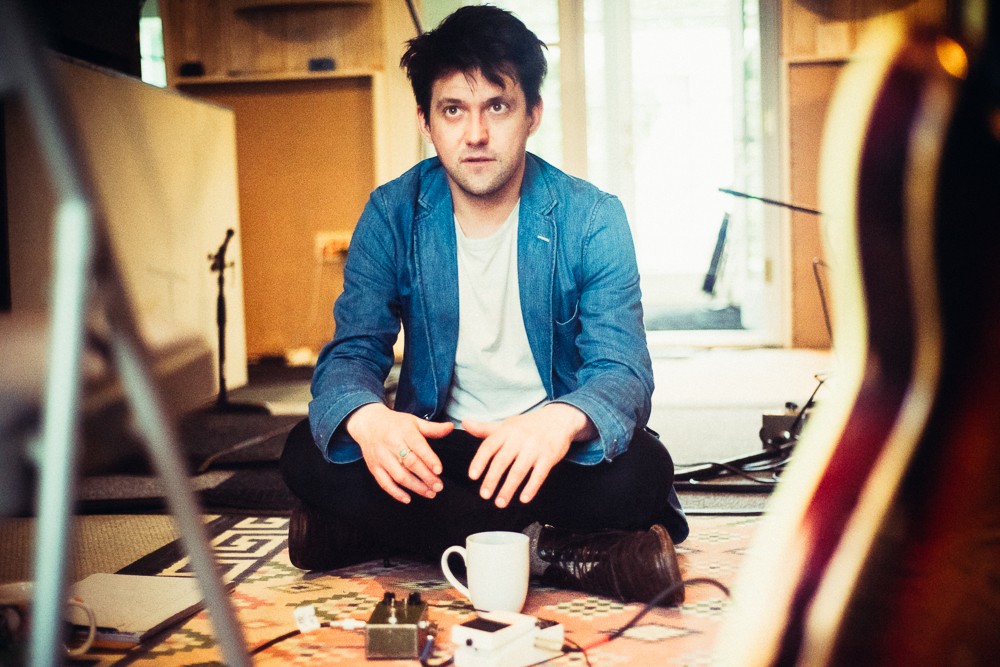 Creativity is often born out of limitation. Take away all but a few colors from a painter’s palette and she’ll be forced to improvise, blend and use techniques that draw attention away from her creation’s dearth of chromatic variety.

This guiding mantra holds true on Conor Oberst’s 2016 LP, “Ruminations.” Exhausted from near-constant touring on his own or with any of his handful of active musical outfits such as Bright Eyes, Desaparecidos and the Monsters of Folk, the seasoned indie-rock musician sought refuge and solace in his hometown of Omaha, Nebraska, with only a few close friends, a guitar, harmonica and piano to keep him company.

“I was just staying up late every night playing piano and watching the snow pile up outside the window. Next thing I knew I had burned through all the firewood in the garage and had more than enough songs for a record,” Oberst said in a news release when the record was announced.

The record lives up to its name and is somehow even more brooding than the vast canon of introspective songs that have, for better or worse, come to epitomize the artist’s place in the public consciousness.

It was more than 10 years ago that Rolling Stone dubbed Oberst the Bob Dylan of his generation, and if that career arc has held true, we’ve almost certainly borne witness to Oberst’s transition from the pointed political antagonist phase that culminated in 2004’s anti-establishment “I’m Wide Awake It’s Morning” to the more restless wanderer phase that defined much of the second half of Dylan’s now six decade career.

"I'm really beside myself when it comes to what's happening in our reality right now," he told Mic in a recent interview. "So yeah, I'm just gonna play my songs. Get to the next city. Try to be nice to everyone I meet. That's all we got left, because some of this stuff is way above my pay grade. You can either torture yourself by obsessing over it, or do what you can to put some good vibes back into the world."

That restless wanderer will make camp along the banks of the James River as this week’s Friday Cheers headliner, but attendees should not expect the subdued, melancholy tone to permeate his set. That’s because “Ruminations” was originally intended to serve as a sort of demo to send to his label, Nonesuch Records, as proof of concept for a more lively, full-band affair. When close friends and colleagues heard the demos, they urged Oberst to release the stripped-down tracks as a standalone record.

"David Bither (of Nonesuch Records) had fallen in love with the demos and proposed the idea of putting out some of the songs in raw form," Oberst told AXS in April. "It seemed like an interesting idea. You don't always get interesting ideas from record label guys, so I was like alright, that's cool, why not? I feel like the rules of the music industry don't apply anymore. You can kind of do whatever you want."

So he did, but he also released its full-band companion, “Salutations,” six months later in March, with popular folk-rock band the Felice Brothers and legendary session drummer Jim Keltner — who's worked with Neil Young, Brian Wilson, Bob Dylan and John Lennon — rounding out the ensemble.

“Salutations” features all of the “Ruminations” tracks in more up-tempo, vibrant arrangements along with seven brand new originals. It’s these invigorated melodies that will cascade from the stage beneath the tracks leading into the historic Main Street Station as the sun sets on Friday evening.

The bargain ticket price will likely attract new prospective admirers, but long-time Oberst loyalists will receive some fan service throughout the evening as well. Recent set lists have included Bright Eyes songs such as “Well Whiskey,” “Lua” and “Train Under Water.”

Oberst is bringing his friends along for the journey, with the Felice Brothers joining him on stage and Big Thief, members of Oberst’s former label, Saddle Creek, performing songs from its debut record, “Masterpiece” to commence festivities.

Tickets for the Friday, June 2, show cost $10 each and can be purchased in advance on the Venture Richmond website or at the gate on Friday night. Gates open at 6 p.m. Big Thief take the stage at 6:30 p.m. and Oberst’s set begins at 7:45 p.m.