Preview: Backyard Grill to Bring Unique Burgers and a Family Setting to the West End 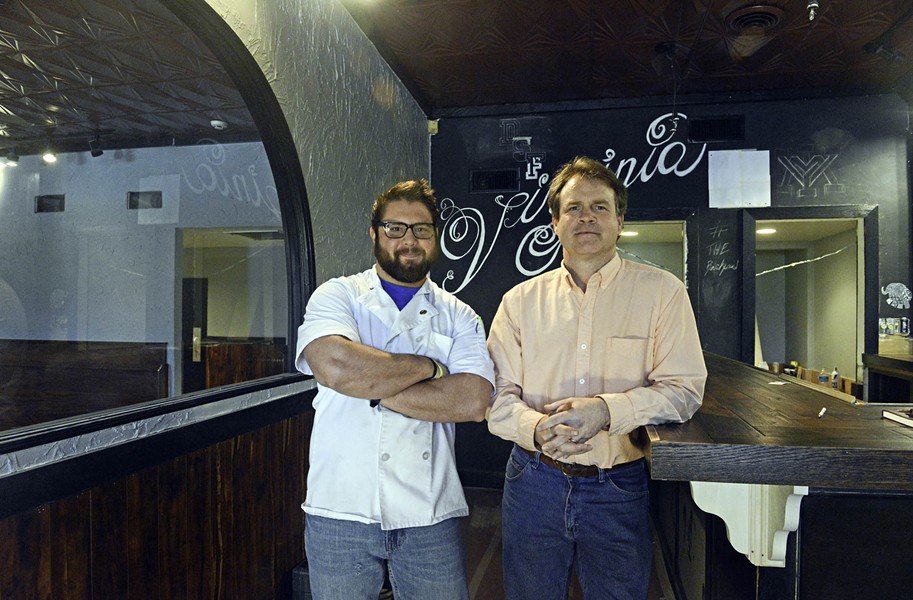 Scott Elmquist Two-time winner of the XL102 chili cook-off and kitchen manager Russell Douglas and Backyard Grill owner John Harper want to bring everything you’d cook on a grill to the table.

John Harper, owner of the soon-to-open Backyard Grill, looks around the former Bogart’s space at 443 N. Ridge Road with some exasperation.

“Let me tell you,” he says. “It’s a lot easier to build up an Arby’s from the ground than do this rehab stuff.” The stucco walls have stayed the same, but the place will be warmer, a little lighter — and with brightly patterned chairs and less emphasis on the bar, a more comfortable place for families.

The former franchise owner was a football star when he and I attended Collegiate School. He has that same energy and drive, and except for blond hair that’s darkened and gone a little gray with age, he looks almost the same as he did back in high school. But Harper’s focus on the scoreboard as a measure of success no longer is a factor.

And he’s had a lot of success. After college, at an age when most of us were going to bars, Harper, along with friend Kenny Bendheim — owner of Anything Goes Catering and the now-closed Graffiti Grill — bought and ran a bar, the Fan’s Stonewall Café. When Harper got married, he prudently sensed that a lifestyle change was in order and sold his share to Bendheim. He became a real estate developer, founded the Chubby’s chain of gas stations, bought and sold a few Taco Bell franchises and most recently, owned five Arby’s franchises from Lynchburg to Elizabeth City, North Carolina.

“I’ve got too strong of a personality to work for other people,” Harper says. He has firm opinions and laughs a lot at himself without budging an inch on issues he believes in.

He sold his Arby’s franchises last year. “It was time,” he says. “It was so much driving.” The sale also gave him the opportunity to bring a concept that he’d been working on for three years to life.

“People don’t eat enough at home,” Harper says. “I want to make a place that serves all the food you’d envision making in the backyard.” That includes grilled chicken, barbecue, brisket, house-made bread and most importantly, burgers.

“I don’t know if it’ll be the best burger in town,” he says, “but it’ll be the most unique.” That’s because, after lots of trial and error, he’s come up with his own special blend — three kinds of Angus ground beef that when combined stays moist even when cooked well-done.

“My son talks about opening more of these [restaurants],” Harper says. “I say, let’s just concentrate on this one. This one is all I want to do.”