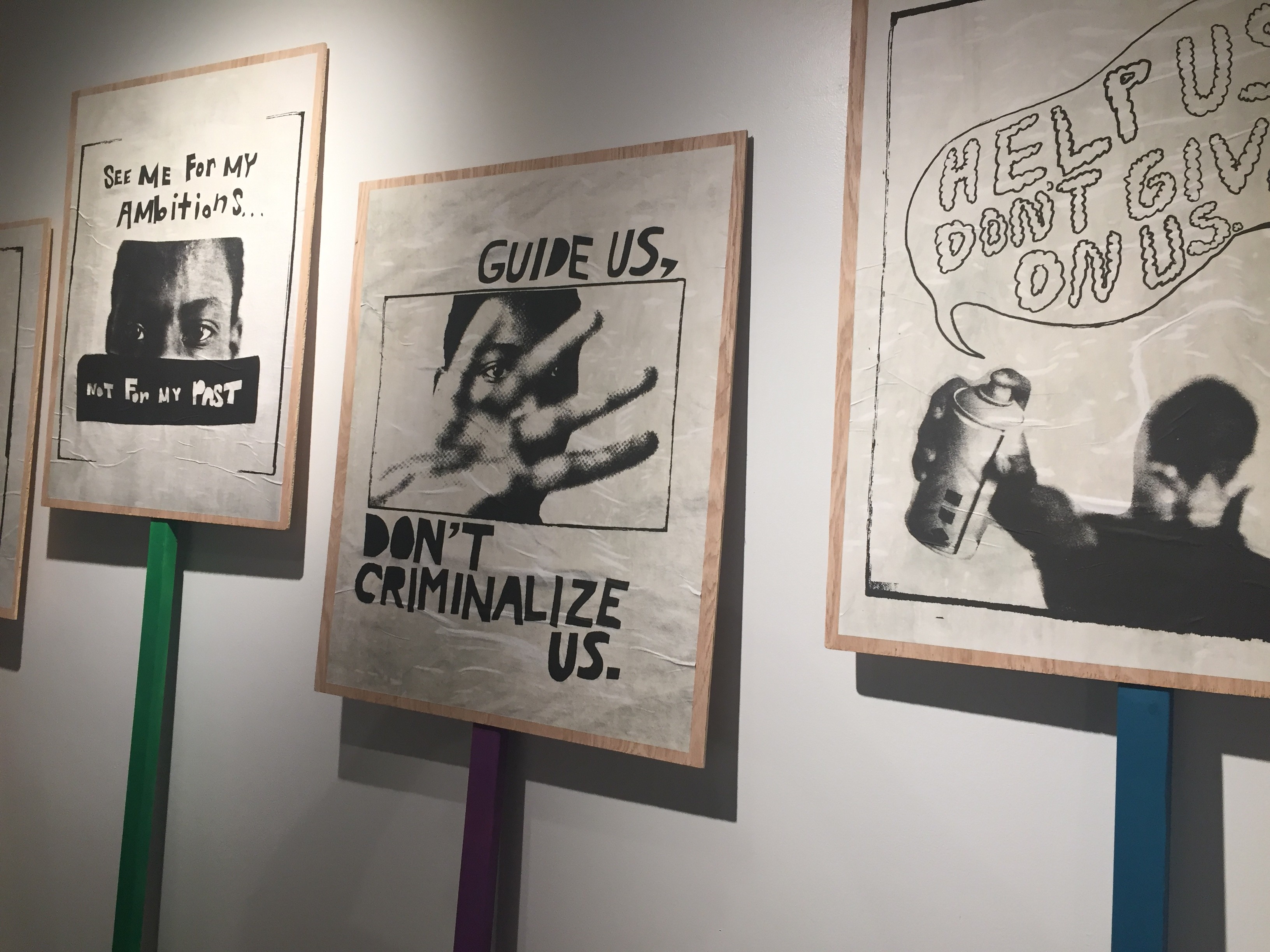 When Virginia legislators meet in January, Art 180’s latest innovative program will be waiting for them.

The nonprofit will have a storefront a block away from the General Assembly to house its new art exhibit, My Reality, a mobile project and virtual reality experience that teams incarcerated local teens with a New York-based production company.

Together they've created an immersive film experience that shows a more personal side of the schools-to-prison pipeline in Virginia, which sends a higher percentage of young people to law enforcement than any other state in the country, according to the Center for Public Integrity.

If legislators choose to participate, they can step into a virtual cell and hear personal stories from the youth most affected by the system. The exhibit premieres tonight, Friday, Oct. 6, at Art 180 in Jackson Ward, with hundreds of visitors expected from First Fridays.

Organizers plan to use the exhibit as an educational tool in classrooms as well as to train police recruits, with more than 30 planning to visit Art 180 on Nov. 1. Also My Reality will be a part of InLight Richmond 2017 in the downtown arts and culture district (Nov. 3), and there are plans to show the exhibit nationwide.

“It’s about using the art to create a bridge between the youth most affected by these systems and those in power,” says Mark Strandquist, creative director for Art 180, who came up with the idea. “This gives police recruits, for example, the closest way to understand what youth are going through and what happens after an arrest is made.”

In 2015, Virginia public schools issued more than 126,000 out-of-school suspensions, or roughly 700 per school day, according to statistics compiled by Art 180. More than 20 percent of all school suspensions were issued to elementary school pupils. Strandquist notes that at this year’s General Assembly, there is going to be a strong push to address the high number of suspensions of prekindergarten to third-graders, around 17,000.

Because Art 180 can’t lobby due to its nonprofit status and other regulations, it will be creating a space that organizers can use to arrange meetings with legislators. “At any point if they’re talking juvenile justice the youth will have a voice there too,” Standquist says.

The idea for the project came about after Strandquist was chosen to be part of the annual Opportunity Agenda’s Creative Change retreat. He pitched the idea and Dawn Porter, a well-known documentary filmmaker (“Gideon’s Army”) connected him with Scenic, the New York-based virtual-reality collective. Strandquist also found local and national artists to work with teens at the detention center over the summer.

After writing and story-boarding workshops, the kids came up with the scenes and used green screens when acting them out. The filmmakers then went to a youth prison, filmed there, and dropped the green screen action into a virtual space. “You’re in a cell, then the wall opens up and you can see a teen speaking next to you,” Strandquist says.

A media preview was held Thursday but the virtual reality equipment did not make it in time thanks to a stalled plane in New York. Walking through the mostly art-filled exhibit on Thursday, there is message-based work as well as nondescript metallic phone boxes on the wall that play prerecorded loops of teens giving their own perspectives.

Gina Lyles, the program coordinator for the self-advocacy program at Art 180, says the project supports a continuum for incarcerated youths.

“We’re trying to talk about what community-based alternatives look like,” she says. “Here we ask [the youths] what they need to stay free.”

Lyles points to one of many startling statistics posted on a nearby wall: It costs about $171,000 to incarcerate one youth for a year versus about $14,000 a year to educate that same kid, she says. “Those funds can be redirected into things these youths actually need to stay free,” she adds.

One of the young artists involved in the program, a self-taught 17-year-old who wished to be identified only as A.R., says he was brought into the program by a counselor and wound up working all summer on his art.

Standing in front of a large self-portrait he made with the screen-printing help of Studio Two Three, A.R. says he believes that many of his friends could benefit from the program. In the future, he hopes to continue making art while trying to stay out of the penal system and take care of his daughter.

“Now a lot of people see my face and my pictures everywhere,” he says. “But the support is most important, you can’t do nothing without that.”

Art 180's exhibit, My Reality, opens Friday, Oct. 6 from 6 to 9 p.m. at 114 W. Marshall St. Also, the nonprofit will hold a juvenile justice parade kicking off at East Marshall and Ninth streets beside the Department of Social Services on Nov. 3 at 5 p.m. To learn more, visit its website.