The life and times of VCU’s student newspaper, The Commonwealth Times. 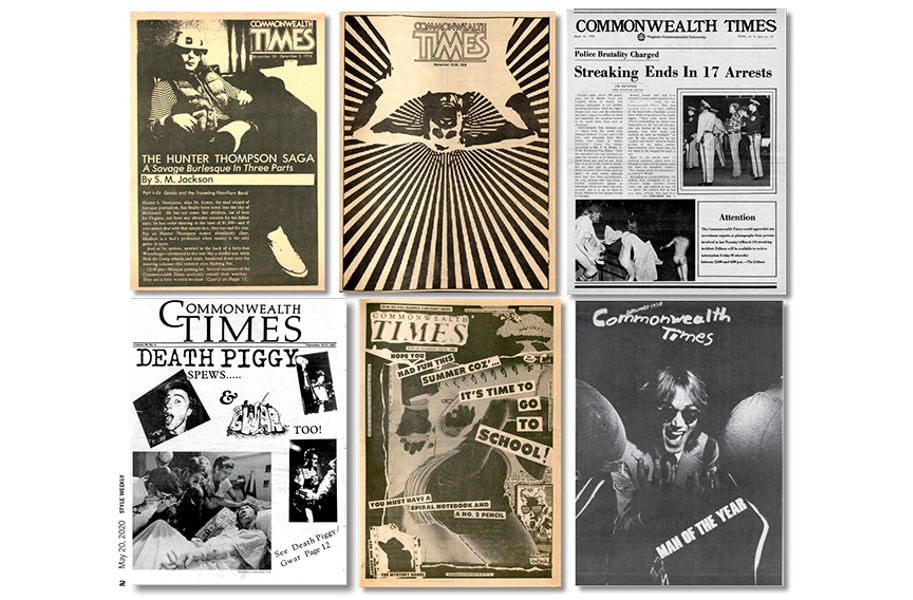 It was a crude, obscenity-filled Q&A with a local punk rocker and street hustler named Dickie Disgusting that raised the ire of Virginia Commonwealth University’s president.

The year was 1980, and then-president Edmund Ackell wasn’t a fan of Bill Pahnelas’ interview with the Degenerate Blind Boys singer that ran in The Commonwealth Times, the school’s newspaper. In a conversation that ranged from pimping himself to middle-aged ladies to printing handbills for his band with swastikas that read “I love Jews,” Dickie Disgusting made every effort to run afoul of most people’s notions of good taste.

“This kind of article does a great disservice to our institution, and raises a serious question in my mind about the appropriateness of the Times as it is presently identified with this university,” Ackell wrote to the paper’s editors.

Last September, the newspaper celebrated its 50th anniversary, and, in a sense, it’s come into its own as of late. In the fall, the newspaper won the Pacemaker Award, often referred to as the Pulitzer Prize of student journalism, for the first time in its history. In April it was revealed that the paper had racked up an additional 27 state, regional and national awards this year.

Earlier this month, it was announced that The Baltimore Sun had won a Pulitzer Prize for a scandal involving that city’s mayor; CT alum Amanda Kell is the Sun’s senior content editor for Maryland news. Not too shabby for an independent student newspaper that’s kept pace with the university’s culture and occasionally rubbed the school administration the wrong way.

For some, it’s been a springboard to a career in journalism. For others, it’s simply offered community and a sense of belonging. But in all eras and incarnations, The Commonwealth Times has reflected the experiences and views of its students, and stands today as a living record of VCU. 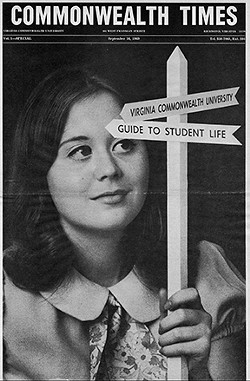 The first issue, dated Sept. 10, 1969, was similar in appearance and content to its predecessor.

“It was a really conservative college newspaper,” reflects Dale Brumfield, who covers the history of the publication in his book “Richmond Independent Press” and served as its art director from 1978 to 1981. “They were talking about ring dances and proms.”

It wasn’t long before the counterculture came knocking, starting with a humor column titled “Electric Kumquat Cabala” that began running Oct. 15, 1969. In March 1971, the CT was likely the first Richmond publication to cover sexual minority issues when it wrote about the formation of the Gay Liberation Front, an early effort to raise gay awareness at VCU and in Richmond. That fall, the paper split from VCU’s mass communications department, ensuring greater autonomy from the university and opening the door further to nonjournalism students.

In its initial year of independence, the paper had its first true brush with controversy after the paper ran an advertisement for abortion services in Washington, where abortion was legal. As Virginia law prohibited lectures and advertisements that encouraged abortions at the time, printing the advertisement was legally risky.

Along with the ad, editor Bill Royall wrote a commentary on behalf of his staff in their Jan. 6, 1972, issue, explaining that they did not believe the state law squared with the First Amendment. According to Royall, Richmond’s commonwealth’s attorney told him that he had broken the law and should expect to be arrested. At the same time, VCU’s student media board called Royall in for questioning and a reprimand, noting that the ad could impact the university’s allocation of state funds, but decided not to punish him.

Royall was never arrested, but says that the pre-Roe v. Wade event led to the General Assembly revising the law to make only the promoting or encouraging of illegal abortions a crime. Royall would later found a direct marketing services firm, Royall and Co. 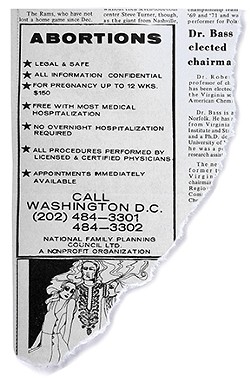 Recently, Royall and his wife Pam donated and fundraised to create the university’s Institute for Contemporary Art and facilitated the acquisition of Kehinde Wiley’s sculpture “Rumors of War,” unveiled at the Virginia Museum of Fine Arts in December. In September, the Royalls held a 50th anniversary party for The Commonwealth Times at Try-Me, their private art gallery on Main Street.

The Ballad of Dickie Disgusting

It was at the old McLean’s Restaurant in the 4000 block of West Broad Street that Dickie Disgusting gave his infamous interview.

Discussing how he had made as much as $700 a night by pimping himself to middle-aged women, he told staffer Bill Pahnelas “I have a half-inch cock – but I’ve got an 11-inch tongue.”

Though the story drew heat from VCU’s administration and led students to hang bundles of the paper from trees in effigy, the CT lived to have more run-ins with President Edmund Ackell. In 1983, editor Ronnie Greene questioned Ackell’s presence on the board of a company that sold $1 million worth of medical equipment to the school annually as a potential conflict of interest. As a result, the university’s third president refused interviews with the paper for the next two years. Greene went on to win a Pulitzer Prize in 2014 as a project editor for a series on coal miners stricken with black lung disease. 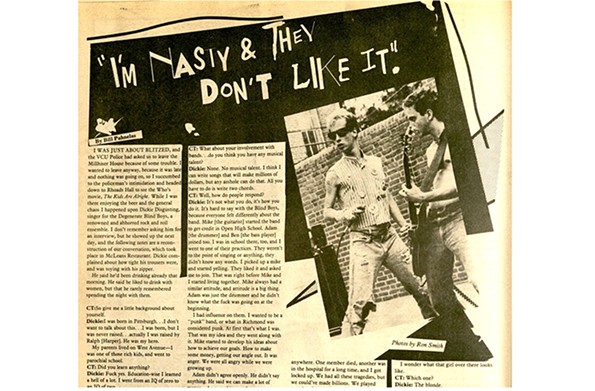 Over the years, the paper would vacillate between hard-hitting journalism, sophomoric stunts and a mix of both.

“The quality is going to go up and down depending on the students who run it. That’s the nature of student journalism,” explains Greg Weatherford, who was a copy editor and writer for the CT in the early ’90s and oversaw the paper as director of student media from 2003 to 2016. “There were times when I would go back through the archives and it was sort of mind-bogglingly brilliant and clever, and there were times in which it was inane and juvenile and not very good at all.”

Other notable events of this period include publishing a photo of a “glory hole” on campus alongside a story about recent arrests for solicitation, and the CT’s printing of all university employee salaries, which became something of a tradition.

“At that time, that was quite controversial,” says Michael Fuller, a former editor who went on to become a vice president at IBM and a senior executive at UnitedHealth Group, of printing the salaries. “I don’t think any other student newspapers had done that. We won the Columbia [Scholastic Press Association] award and some others for doing that.” 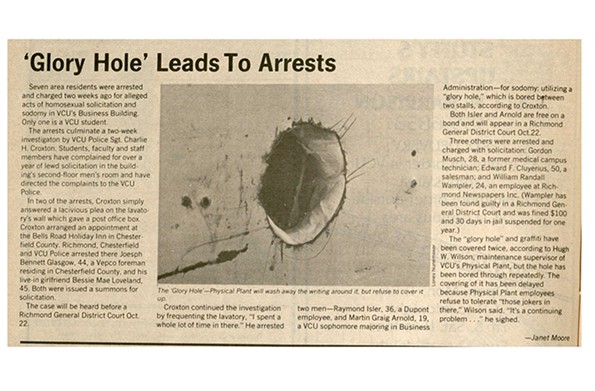 The CT’s pages were also filled with less-incendiary stories, including coverage of civil rights efforts, Vietnam and the university’s long-contemplated expansion into Oregon Hill.

“You get a sense when you go through those years of The Commonwealth Times that the coverage was great,” says Ray Bonis, a staffer in the mid-1980s who is now a VCU archivist. “They covered a lot of stories on campus and stories nationally. You get a sense that people actually read the paper back then. As the years have gone on, it seems that CT readership has gone up and down.”

With the paper’s emancipation from the mass communications department, more students from other disciplines began working at the paper, including VCU’s renowned art department. Especially under the art direction and editorship of Sue Dayton and Bill Pahnelas, the paper took on a look that reflected the counterculture in the late 1970s and early ’80s. Two of the better-known covers of this era include a colorful homage to Andy Warhol’s visit to Richmond and one illustrated by the Ramones when they played the VCU Halloween Dance, both in 1978.

Still, some mass communications professors held the paper up in class to mock it.

“It made it really hard to get real journalists on the paper anymore,” Brumfield says. “We’d gone full circle. We’d gone from being a journalist-only publication to a publication where journalists were slow to come to work [for the CT].”

‘An archive … a history’

By the late 1980s, the paper had begun returning to its mainstream roots, reporting primarily on campus goings-on.

For major news events, like the Sept. 11th attacks, the Virginia Tech shooting and the election of President Barack Obama, the newspaper gives a glimpse of what students thought at the time. It also covered a series of VCU scandals in the late 2000s, including the university’s awarding of a degree to Richmond Police Chief Rodney Monroe after taking only six credit hours at the university, and the arrest of university Police Chief Willie Fuller after he allegedly solicited an undercover cop posing as a minor in a chatroom while using the screen name Hotcop2006. 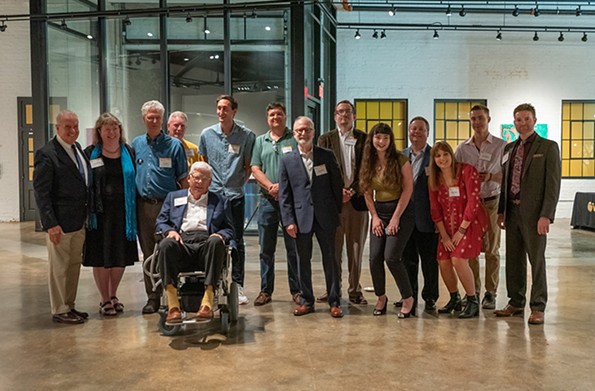 Mark Robinson, the City Hall reporter for The Richmond Times-Dispatch and a former editor who served on the paper in the early 2010s, says the experience was “an important proving ground” for him.

“We had a lot of fun, but it was also a venue for dealing with some difficult subject matter and making some mistakes,” Robinson says. “It was the defining experience of my college years, and it is the single thing I could point to for catapulting me to where I’ve been able to go in journalism.”

While tales of long-tongued pimps appear to be a thing of the past, the CT still enjoys the occasional controversy, and generated headlines beyond VCU in February when at least one member of the university’s Student Government Association allegedly took bundles of the paper from distribution boxes because they were were displeased with a story. Altogether, more than 800 newspapers were seized from kiosks on the Monroe Park campus.

“That original story would not have gotten a fraction of the attention that it ended up getting if they had just gone about their day and sucked it up,” says Georgia Geen, the most recent former editor.

Allison Bennett Dyche, who took over from Weatherford as director of student media in 2016, lauds Geen and the current staff, noting that they recently won 16 Virginia Press Association awards against professional publications.

“The CT is the only student newspaper I’ve advised that competes against professional publications at the state level,” Dyche says. “I think it speaks volumes to the quality of work.”

For Geen, who graduates this spring, the newspaper helped propel her to a prestigious internship with The Los Angeles Times this summer.

“I would be a fraction of the journalist and a fraction of the person I am now if it weren’t for the CT,” she says. “It taught me to write and edit in a way that I would not be able to if I had just relied on my journalism classes.” 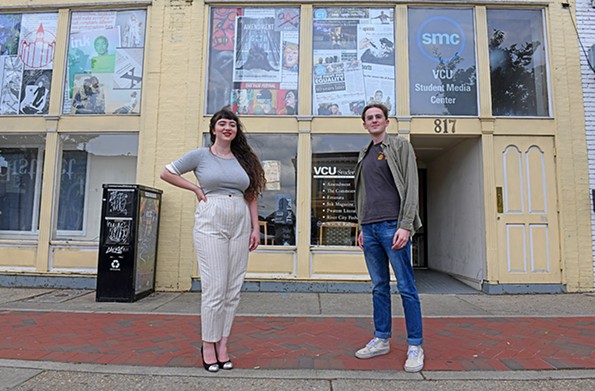 Over the years, The Commonwealth Times has shifted between publishing one, two and three times a week. It’s fallen under the unofficial mentorship of journalism professors and spun out on its own again. It’s variously covered the community around it and focused back inward.

But overall, it’s trained a legion of journalists, helped students become better citizens and endeavored to document the culture of VCU.

“The paper itself, the whole news organization, absolutely reflects the culture of the time, the student culture of the time, in a way that no professionally run paper ever could,” says Weatherford, also a former Style editor. “That’s the real value of it, as an archive, as a history.”