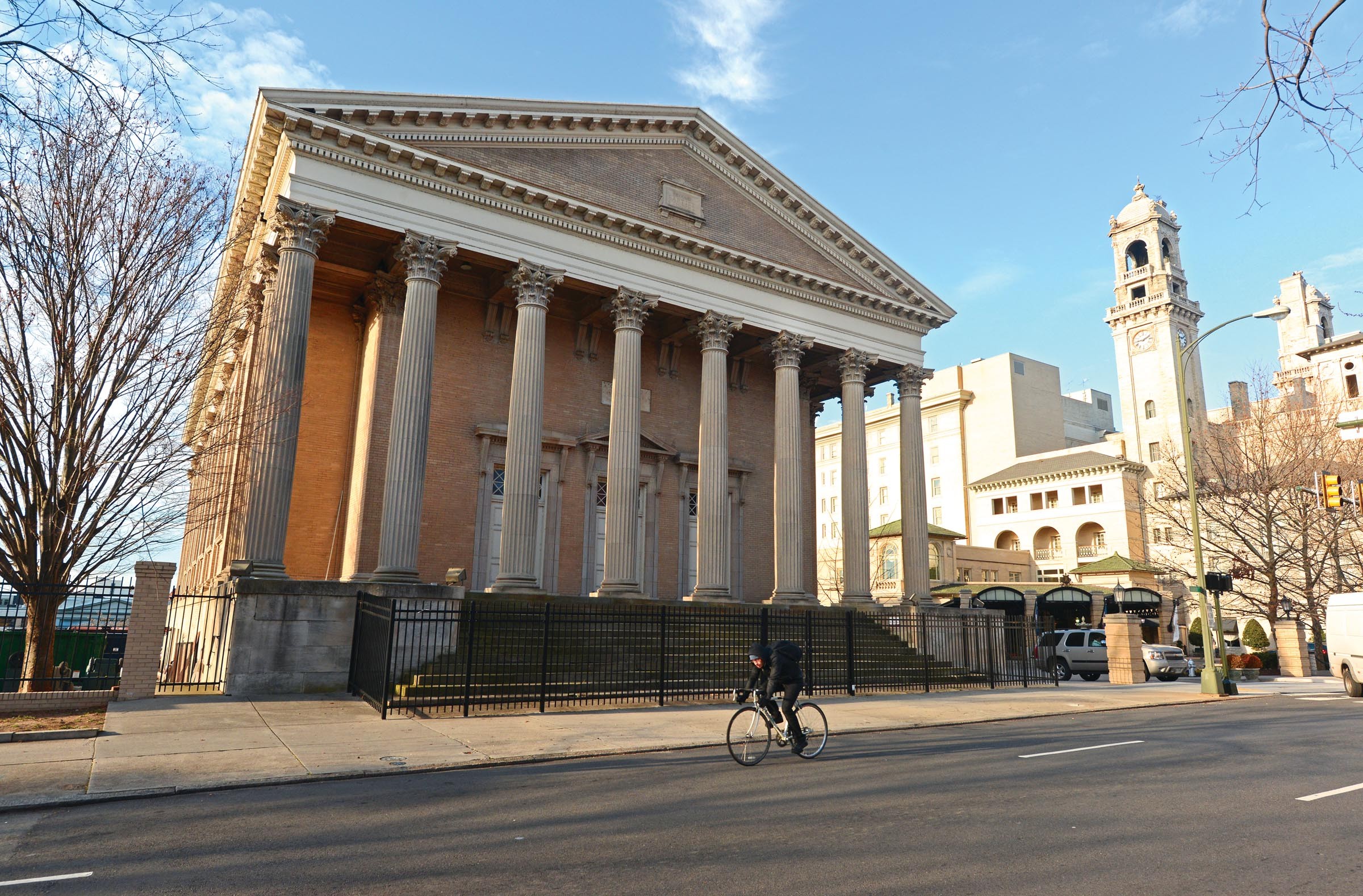 At seven and a half feet wide, the sliver at 1321½ E. Main St. is downtown's narrowest commercial building. But this distinction didn't protect the 19th-century curiosity from being on the verge of collapse in 1992. The Wedge, as it is affectionately known, and adjacent structures were dilapidated shells, remnants from when Shockoe was a thriving tobacco, printing and retail district.

In a Style Weekly article a generation ago — February 1992 — I listed this Italianate grouping at the southwest corner of Main and 14th streets as among the Next Frontier of historic preservation locally. The 21-year-old piece also names eight other distinctive places in dire need of rescue, restoration and adaptive reuse.

In addition to the Wedge and its complements, I cited two North Side neighborhoods, Highland Park and Barton Heights, as ripe for historic preservation, as well as the James River waterfront as it runs through the region. The Mosque, since renamed Richmond's Landmark Theater and very recently, the Altria, was listed, along with the Hull Street corridor as it passes through Manchester. Also cited were Henricus and Eppington in Chesterfield. And finally, the glorious, former Second Baptist Church sanctuary on West Franklin Street next to the Jefferson.

With the passing of a generation, what's happened with these preservation opportunities? The answer is resoundingly positive. Not only is the architectural fabric still intact, but also, in most instances, these architectural opportunities have been recognized and revitalized to add cultural richness to the community.

The Wedge and its adjacent block of buildings near Shockoe Slip have been handsomely restored by the Council for America's First Freedom. The organization maintains offices on the ground level and the rest of the complex has been converted to apartments.

Highland Park and Barton Heights, combined, are sprawling, former streetcar suburbs. The pace of redevelopment here has been slower because of the neighborhoods' socio-economics, real estate market challenges since 2008 and large number of frame dwellings. But the current Dove Street redevelopment and infrastructure enhancements in South Highland Park have injected new energy into the district.

"The revitalization of Hull Street will be tricky," I wrote in 1992, passing as it does through low-income Blackwell and then-decimated Manchester. But Blackwell has undergone major redevelopment for the good, and Manchester is being injected with hundreds of new market-price living units. Anchored by a handsome new city courts building, Hull Street is on the way back. 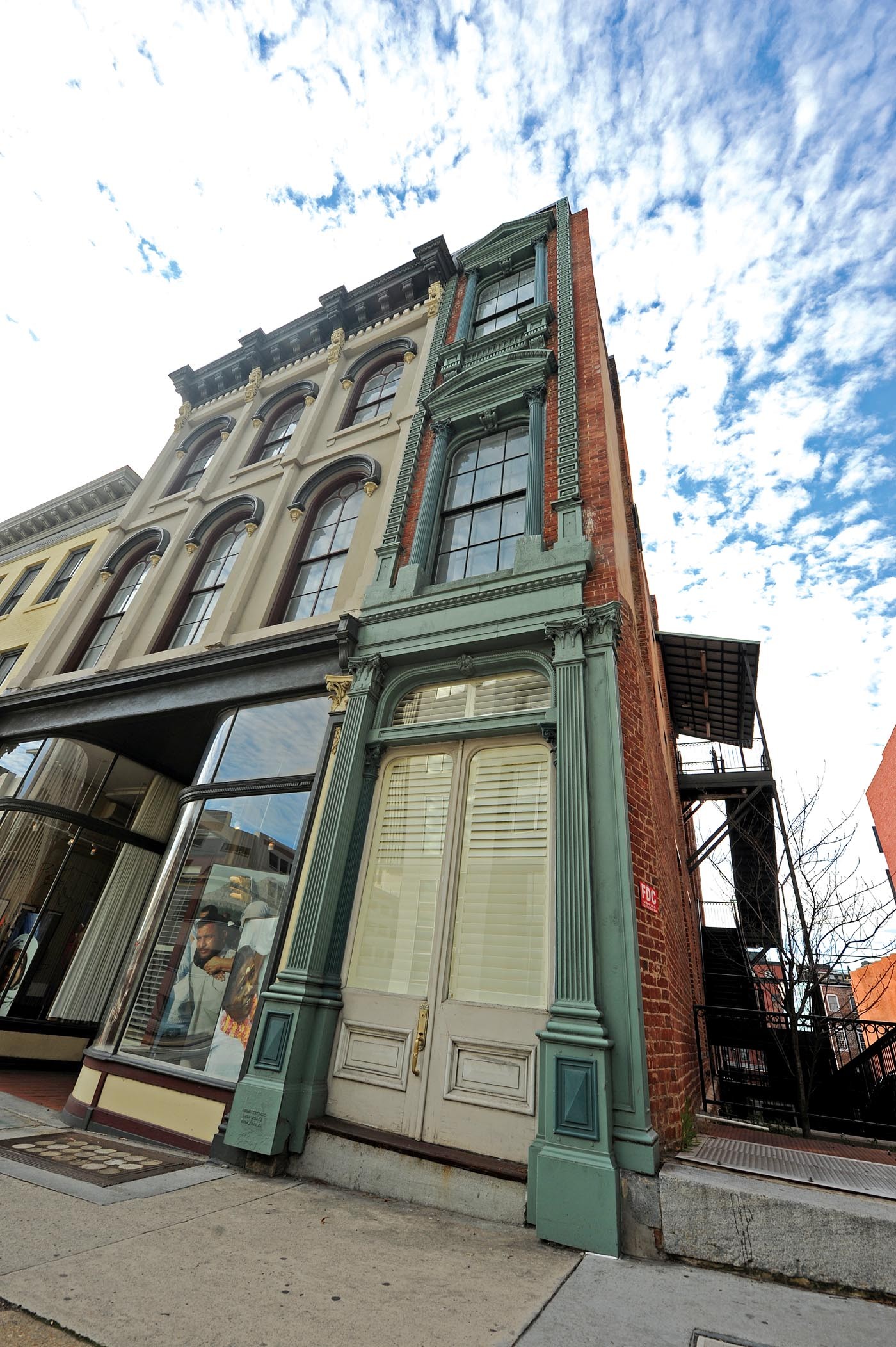 The James River waterfront, in both its downtown and natural settings, is widely celebrated as Richmond's crowning centerpiece. The Tobacco Row development was just getting under way in 1992, and few people foresaw the possibilities for Rocketts Landing or how Richmonders would embrace Brown's Island where the former Reynolds Metal manufacturing plant is being converted to apartments and restaurants.

If you've driven by the Mosque — ah, Landmark, no, make that Altria Theater lately, you'll see it's shrouded in scaffolding while it undergoes its second major renovation since 1992.

Eppington, built in 1765, was the farm of patriot Francis Epps, and is the resting place of one of Thomas Jefferson's daughters. Owned and intelligently maintained by Chesterfield County, the fragile but intact 18th-century house is opened for periodic public educational programs.

Henricus, the site of an ill-fated 17th-century English frontier settlement on the banks of the James River, has been rebuilt and has established itself as a major regional attraction.

Finally, of all the places listed as ripe for redevelopment in 1992, only the former Second Baptist Church, designed by Noland and Baskervill (also architects for Beth Ahabah synagogue and St. James's Episcopal Church farther west on Franklin Street) has not been touched. A high metal fence surrounds the property that is owned by the Jefferson Hotel. But after 21 years, help might be on the way to put the spectacular landmark to higher use — a spa, conference center or additional dining. New uses would make the Jefferson, already one of downtown's most beloved destinations, even more of a draw.

So what grade does our region get for responding to preservation challenges over the course of a generation? How about B plus? There's always room for improvement. S

This is the first article in a series about preservation in Richmond. Next, Style Weekly Senior Contributing Editor and Architecture Critic Edwin Slipek will explore 10 new frontiers for preservation in the coming years.