By seeking to preserve the status quo at all costs, the Mayor Jones props up the very system of injustice that he claims to be working against. 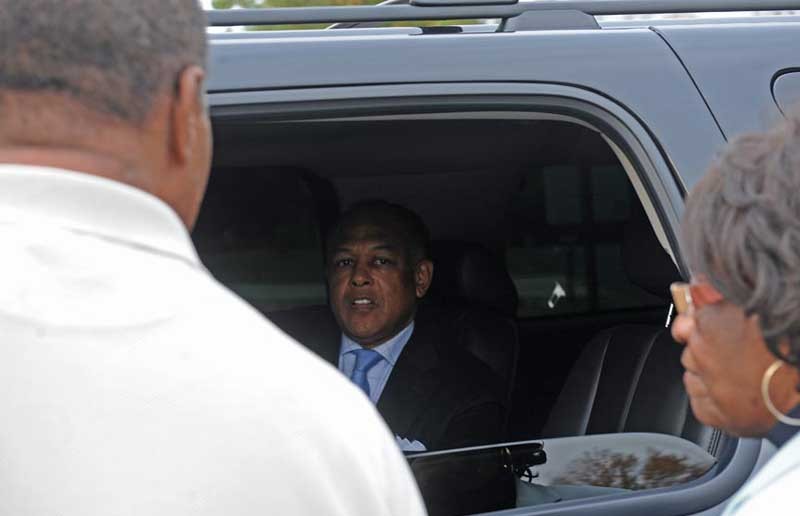 In Mayor Dwight Jones’ Nov. 16 letter to Occupy Richmond, he claimed to share our concerns about economic injustice. He listed several programs his administration is pursuing, including an anti-poverty commission, a homeless-reduction plan and a job-training and placement system. These programs were cited as proof of the mayor’s attention to the problems central to the movement’s mission. We appreciated his invitation for a meeting and believe a productive relationship is possible.

But surely Mayor Jones understands that a great deal of Richmond’s economic-justice woes aren’t of the city’s making. They originate in national policy and the corporate hegemony that dictates the terms of that policy. These aren’t matters that anyone reasonably expects the mayor or City Council to resolve. A city administration doesn’t possess the resources or the authority to meaningfully address the structural poverty of our global economic system.

Given these problems, the concerns we share — and the limited actions available to us — the question is clear: What is to be done?

By establishing protest camps in public spaces, Occupy Richmond’s answer has been to make these issues impossible to be ignored, because we realize that our society excels at making systemic problems invisible to everyday people. These occupations aren’t intended to avoid any and all disruption of normal, everyday life. They’re intended to assert our legitimate rights as humans and as Americana and Virginians, regardless of how inconvenient that may be to the establishment. This places us at risk, but a transformation of our social mindset equal to the challenges we face cannot take some second-place position to business as usual. Addressing these deep issues won’t be easy or comfortable, just as occupying outdoors in the city isn’t easy or comfortable.

In contrast to our tactics, how has the mayor responded to this situation? His solution is to work within the system of privilege to collect crumbs falling from the corporate table on our behalf. Unlike Occupy Richmond, the mayor has ruled out any disruption that isn’t certified through corporate-friendly channels. He rejects any political means that might interrupt normal life under our present unjust system. He’s taken the comfortable, complacent road of seeking a middle ground that leaves business as usual intact.

By seeking to preserve the status quo at all costs, the mayor props up the very system of injustice which he claims to be working against. While he may not have control over policy at the state and national levels, those policy makers rely on his governance at the local level. They count on the mayor to keep the people in check, to corral our desires for justice and progress into channels that cannot displace their interests.

Whether or not he realizes it, Jones’ commitment to business as usual is precisely the stability that our elites require to maintain their dominance and perpetuate their agenda. Why else did mayors in more than a dozen cities participate in a nationwide conference call on coordinating occupation crackdown strategies, to which Oakland Mayor Jean Quan admitted recently?

The mayor is abdicating a critical responsibility he owes to his values and his constituents. No authentic change comes from the top down. At the top of our society, the 1 percent and their functionaries likely feel just as trapped by the logic of this system as we do — however more comfortable it is for them. A genuine change in direction, a real and enduring evolution of mindset and values, must emerge from the bottom up. It will require all of us becoming better people, rediscovering our core values and re-establishing a civil society composed of accountable authorities and vigilant citizens.

Richmond will change its unsustainable and unjust course and figure out a new business as usual — but will it be led resolutely through the transition or will it fight it to the point of collapse?

Mayor Jones can cite all the city programs he wishes. But it’s in helping us change the greater society from the bottom up that he has the real power to act on those values he claims to share with us. It isn’t easy or comfortable, and there are plenty of political reasons for him to stick to a narrow law-and-order mindset — just as there are plenty of practical reasons for all of us to stay home and not protest. But if we truly intend to overcome the obstacles to a more just and equitable future and avert the many catastrophes awaiting our country, we need bold and substantive action that takes us outside our comfort zone. Our very nation was founded on just such an audacious risk.

One of Occupy Richmond’s goals is to create a space for open, direct dialogue among citizens. That, I’d argue, is the real significance of the occupation: the unconditional demand for a deliberative body of citizens unmediated by politicians’ agendas or corporate money. Only such an out-of-the-box, fully bottom-up movement can arrive at the kinds of solutions that transcend the rigid, entrenched special interests and divisive ideological identities that our system has adapted itself to serve.

The mayor has a real duty to our nation’s problems that he’s neglecting. He must re-examine his role, appreciate the stakes and help us create a space where we can begin to formulate new, bottom-up solutions. We look to the mayor and other local officeholders to step outside business as usual as a testament to both their values and their commitment to a better world. S