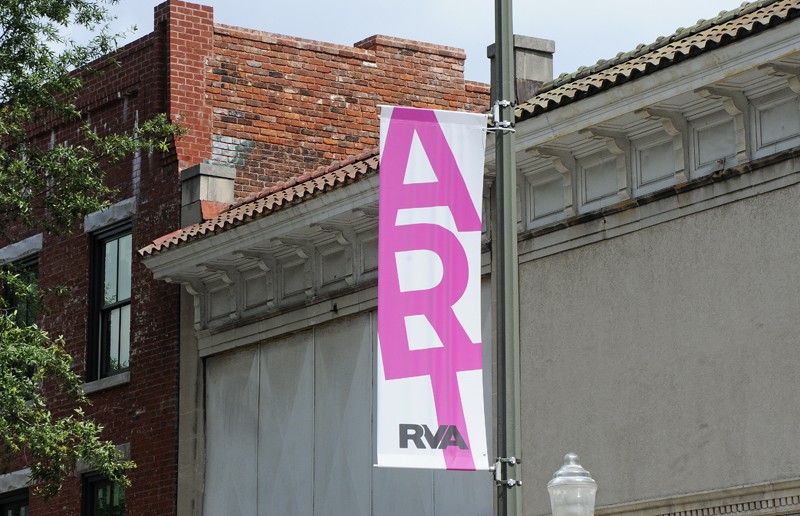 The ordinance that will establish an art-gallery-heavy section of Broad Street as an arts and culture district is stuck in legislative limbo. But that hasn’t stopped the city from moving forward to promote it.

The signs were placed earlier this month as part of a downtown beautification project sponsored by the city and a handful of local groups, including Altria and Venture Richmond and local promotions company Johnson Inc. But the ordinance that officially will designate 65 downtown city blocks as the Broad Street Arts and Cultural District, which includes some financial incentives and tax breaks for property owners within the district, has yet to be approved by City Council.

Introduced in February, the city’s plan has met with opposition from some members of Richmond’s arts community who complain the financial incentives aren’t enough for the arts-related businesses within the proposed district. The city’s 65-block arts district plan also is too large, some of them say, diluting the identity of the existing cluster of arts galleries and shops along Broad, a stretch of about 15 blocks.

Venture Richmond designed the banners, and the language on the banners was approved by the city’s Department of Economic Development.

The mayor’s office, however, wasn’t aware of the exact language on the banners city spokesman Michael Wallace says.

The arts district ordinance comes back before City Council on June 27.