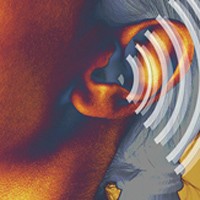 Looks like things are shaping up for a memorable first annual Richmond Folk Festival. Drawing on the success of the National Folk Festival during its recent three-year stint in Richmond, the weekend festival is being held along the riverfront Oct. 10-12.

Organizers are gradually releasing the names of the 25 musical artists performing, just as soon as they sign their contracts. They've already announced the first six acts, which range from Cajun and Irish music to Hawaiian slack-key guitar and Philadelphia soul legend Howard Tate.
Jim Wark, chairman of the festival's programming committee and former Style Weekly publisher, says the festival is committed to keeping the same format as the National Folk Festival and will remain free. One goal is to match attendance from last year, around 175,000 people.
"Weather conditions could not have been better last year, so it was sort of a harmonic convergence," Wark says. "The weather will make the difference between 50,000 people coming either way."
The festival is funded by corporate sponsors and subsidized by grants of the National Council for the Traditional Arts, which curates the National Folk Festival. The budget for the Richmond festival is $1.39 million; major local sponsors include Philip Morris, Dominion and Ukrop's.
Wark says the committee focused on choosing exotic and diverse acts that wouldn't typically play Richmond.
"I always look most forward to the strangest acts," Wark says, adding that the festival will be decidedly noncommercial. "People should know sponsorship dollars had zero influence on programming."
One of the criteria was to hire purists, or performers in a direct lineage to traditional music genres, meaning they're often from that genre's birthplace. Grammy-winning sound engineer and producer Christopher King of Nelson County characterizes the event as having international flair. King attended the programming meetings and worked to have traditional bluegrass represented.
"It's all about compromise," he says. "If I get the old-time group or person that I think fits the bill the best, I can roll over and ignore decisions made about other music." King says he hopes the festival will add traditional hip-hop in the future, which he feels is a legitimate folk-art expression.ÿ
Programming member Zarina Fazaldin, a Kenyan who worked the last three years with the National Folk Festival, says she's working to bring more music from Africa. "Richmond is so international now," she says. "We have many African-Americans who are interested in teaching and learning Swahili."
The event isn't all music. There will also be crafts and food for the family-friendly crowds.
Chris Williams, who lives in Arlington County and has worked with the National Folk Festival for 15 years, volunteered to coordinate the crafts. The theme will be finding common ground between communities of immigrants in Virginia and longtime Americans, he says.
"We've all learned to eat Indian, Thai and Pakastani food in Virginia -- we didn't know that 20 years ago," Williams says. "We'll have everything from Mongolia to Mexico to Cambodia to Czechs, Slovaks, Danes. A- but we're still working on it."ÿ